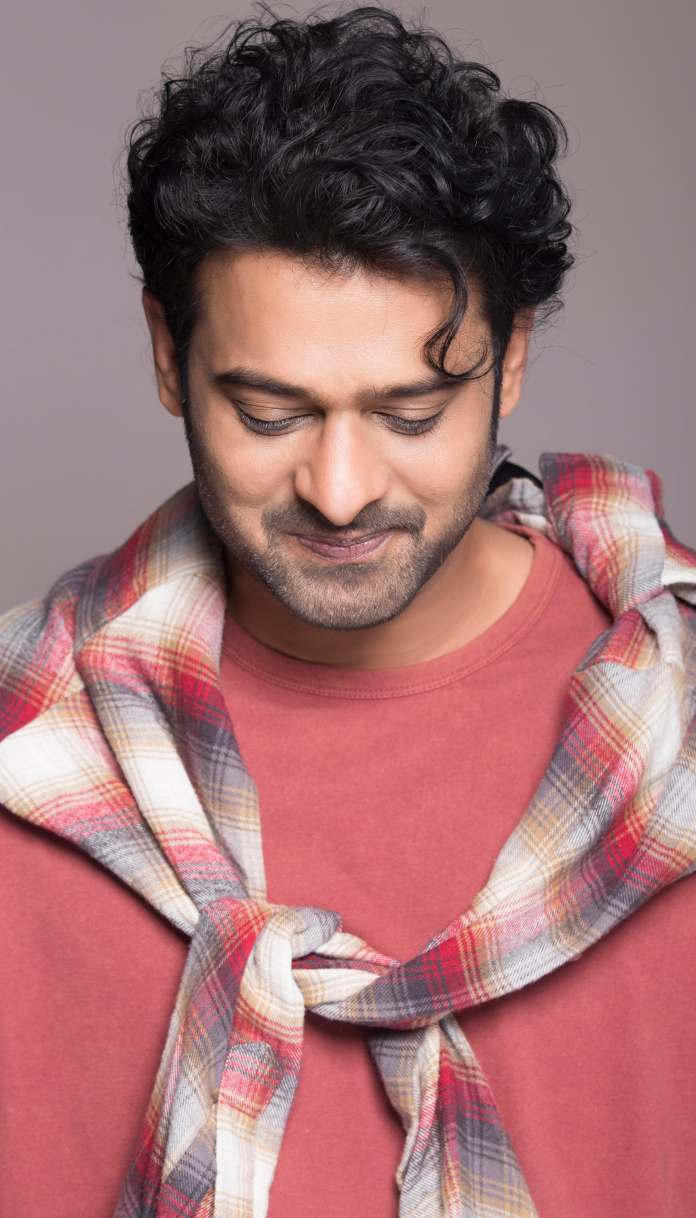 After the roaring success of Baahubali The Beginning (2015) and Baahubali: The Conclusion (2017), and praise for his award-winning performance in the blockbuster franchise, megastar Prabhas returns to the big screen in hugely-anticipated action-entertainer Saaho.

The big-ticket movie, directed by young filmmaker Sujeeth, features Prabhas as an undercover agent who is on a mission to expose the people involved in a huge robbery.
Also starring Shraddha Kapoor and Neil Nitin Mukesh in principal roles, the mega-budget movie releases in multiple languages this week. Not surprisingly, there is great excitement across the world for a film everyone has been waiting for.

Eastern Eye caught up with Prabhas to talk about Saaho, the challenge of performing high-octane action sequences, how he managed to handle the post-Baahubali hysteria and much more. The superstar, blessed with a towering personality and a deep baritone voice, also fielded questions about his marriage rumours and upcoming projects.

How has life changed after the massive success of the Baahubali film franchise?
Both Baahubali: The Beginning and Baahubali: The Conclusion were blockbusters, so now there is more pressure and burden of expectations.

Did you expect this kind of fan following after the release of the series?
Definitely not! We made the Baahubali franchise in Tamil and Telugu. When we were working on it, we obviously expected it to do well in south India. We thought that if it fetched 30 or 40 crores from north, it would be great. The first instalment of the franchise did a business of 120 crores in north India. The second instalment went on to earn over 500 crores from the northern belt, which was shocking.

It seems like you care about box-office numbers now?
I feel box-office is important because if you want to make big movies, you need to know what kind of films the audience is watching, what kind of movies they want to see and which film is doing well in which part of the country. Box-office is very important to make big films. Otherwise, you cannot be spending money just like that.

The success of the Baahubali franchise catapulted you to national stardom. How do you look at your future in Bollywood now?
If Saaho works, I would love to do, you know, more pan-India films. But, I will also keep doing Hindi, Tamil and Telugu films. It all depends on the script, basically. Also, there are regional movies in other languages, which might work. I might do Malayalam films also. You never know.

Do you think that the enormous success of the Baahubali series at the pan-India level has broken the language barrier for the audience?
Definitely, Baahubali set the ball rolling. Having said that, a good film has a universal appeal. As I said in other interviews also, Maine Pyaar Kiya (1989) ran for more than 100 or maybe 150 days in my mother’s village. My grandfather saw the film ten times, and he loved Salman Khan. I believe good films will always be watched irrespective of the language they are made in.

What attracted you to sign Saaho?
Saaho is more of a screenplay film. It does have a lot of action, which you must have seen in the trailer, but it is a screenplay-centric film. After Baahubali, I wanted to do a love story as I did not want to do another action-oriented film. When you set a bar with a film like Baahubali, your next film has to be one step ahead, especially in terms of action. You cannot do normal action films after doing Baahubali. So we tried to do something different here. I had to do a lot of preparation for the same. But I, indeed, wanted to do a love story, release the film and make good money (laughs) after Baahubali, but that did not happen.


If the trailer of Saaho is anything to go by, you play a grey character in the film.
Yes, there is a grey shade, but you never know, it might be interesting as it goes with the flow.

South Indian audiences worship their heroes. Do you think they will accept you in a grey character, especially after watching you in the role of righteous Mahendra Baahubali and Amarendra Baahubali?
There is nothing like that. If you portray a character well, it will work everywhere.

How did you manage the post-Baahubali hysteria?
Mostly, I am with my friends and family. I am not much of a public person. Other than in movies, you will hardly spot me anywhere else. I know SS Rajamouli for a long time now. I learn from him. He has seen bigger successes before Baahubali. He is a grounded person. So people like him inspire me a lot.

After the release of Baahubali: The Conclusion, you said in an interview that you would now not do films that require you to devote two-three years of your life. Then what led you to say yes to Saaho?
When we started working on Saaho, we thought it would not require more than a year because many things had been planned well in advance. But action and VFX of the film took a lot of time. We have spent approximately 70 crores on the action of the film. They worked solely on it for almost eight months, and then around 50 action choreographers from Hollywood came and took another two months. We had a big warehouse in Abu Dhabi where all action props such as big trucks and cars were kept. If you see the warehouse, it looks like a factory. So we had to plan a lot to ensure that we deliver good quality equipment, and hence it took a lot of time.

Which one is your favourite action film?
I like Judgement Day and The Matrix. These are well-made films. The way action has been designed in them is amazing.

How comfortable are you with filming high-octane action sequences?
I have done a lot of action in my films over the past 17 years. I have done love stories and family dramas, which have also worked well at the box-office. Action in Saaho was of some other level, but I did it on my own. Even in my previous action-oriented films, the makers wanted to use a body-double, but I said I would do it on my own. So I have also had a lot of injuries because of that. All the action masters loved working with me because I used to do the stunts on my own. From jumping off 40-50 feet and working with ropes, I have done a lot of risky stuff. But now, I don’t want to take so much risk. I feel safety is important.

What figures are you expecting from Saaho?
(Laughs) The budget of the movie is huge. I want all the people who watched Baahubali to come and watch this film also. Distributors and exhibitors who buy our film should be happy with its earning. That’ll be the biggest success, and then whatever you get more is good.

How difficult or easy was it for you to dub your dialogues in Hindi?
It is certainly not easy. In Hyderabad, we do speak in Hindi at times but are not fluent in it. I am better in Tamil because I was born there (in Chennai). Though, I lived there for five-six years only. We speak in Telugu. I can read and write Hindi. Even when I dubbed for the Hindi version of the film, I read my dialogues from the script written in Hindi only, not in English.

Prabhas, were you always so shy and how were you during your college days?
Yeah, I didn’t use to talk to women during my college days. I was very shy. But I think I am getting better now. Journalists, who interviewed me for Baahubali, tell me that now I am better. Now I am more comfortable with interviews also, which shows that I will get even better (laughs).

You star opposite Shraddha Kapoor, but since you are very shy, how did you manage to pull off romantic scenes with her?
Shraddha is very good in playing romantic parts, be it in Aashiqui 2 or her other romantic films. Her ability to express emotions is amazing. We did not have to work more to create chemistry because, as I said, she is much better than me in love stories. Coming to action sequences, I was shocked to see how she pulled it off so well. Her intensity in such scenes is very nice. She could carry the character really well.

What projects are in the works for you now?
I have started shooting for my next. It is a love story. We have already shot for a few days. As far as the title of the film is considered, we are yet to lock it. Just like Saaho, my next film is also in Hindi and Telugu. Pooja Hegde is paired opposite me.

Do you want to do more period or historical films after the success of Baahubali?
I have been offered a number of period and historical movies from Bollywood and the south Indian film industry also, but after spending four-five years of my life on the Baahubali franchise, I don’t want to do another period movie immediately. I want to take some time before accepting another period film.

There are rumours that you are getting married.
I have been hearing marriage rumours for the last seven years. I think it will happen when it is meant to happen. It is not happening right now. It is just a rumour.

Do you have any message for your fans?
I am not very good in giving messages, but what I would say is that be safe and enjoy my film, but don’t do any stunts at home.

Saaho is in cinemas now