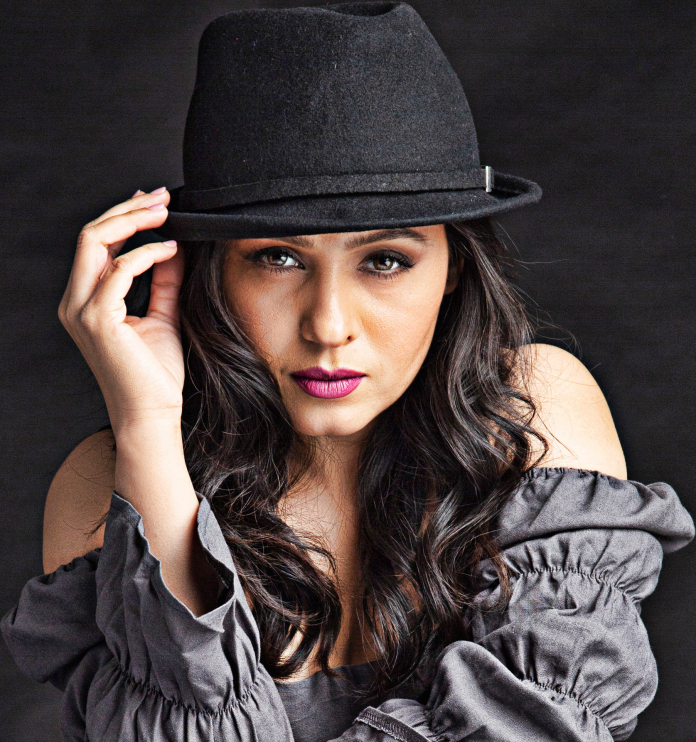 Singing sensation Sunidhi Chauhan made a name for herself as a child star and even recorded her first film song in 1996 at the age of 13, but it was in 1999 when she signalled her arrival to the big time with hit songs powered by her incredible voice.

Since then Sunidhi has gone onto become one of the greatest Bollywood playback singers in history and an explosive live performer who has delivered dynamite performances all over the world. She marks her 20th year in the music industry by returning to the UK for two concerts in Leicester and London on September 6 and 7.

To mark Sunidhi’s super success and prepare audiences for her concerts, Eastern Eye went back through the last two decades to carry out the impossible task of finding her best song of each year.

1999: Ruki Ruki from Mast – This duet with Sonu Nigam was star-making for Sunidhi and showed early signs of the explosive power in her voice. The teenager would earn a well-deserved Filmfare RD Burman Award for New Music Talent and a Best Female Playback singer nomination at the same ceremony.

2000: Mehboob Mere from Fiza: The next big turning point was this catchy song featuring Sushmita Sen, which would be the first step towards establishing the singer as perhaps the finest exponent of the item number in the modern era. Equally explosive song Bumbro from Mission Kashmir would quickly follow and carry on the momentum.

2001: Mehbooba Mehbooba from Ajnabee: By 2001, the hard-working singer saw her voice appear in a massive number of films and this duet with Adnan Sami was a major highlight. The cleverly-crafted song combined the contrasting vocals well and would help turn the movie into a major hit.

2002: Ishq Samundar from Kaante: By 2002, Sunidhi had become the go-to girl for explosive item numbers. Many, like this magnificent song, were remembered long after audiences had forgotten about the star-studded movie and remain popular on playlists even today.

2003: Sajna Ve Sajna from Chameli: Sunidhi owned this entire soundtrack and had big musical moments in it like this sizzling song, which swept across the globe like wildfire. The vocal acrobatics of the singer added an extra dimension to a song that remains a cult classic.

2004: Dhoom Machale from Dhoom: Sunidhi got a well-deserved Filmfare Award for this magnificent effort, which helped turn the movie into a hit and launch a profitable franchise. The song was so successful that it would reappear in various forms with other singers in subsequent films, but none could match the rendition by Sunidhi.

2005: Deedar De from Dus: There were plenty of awful films that were made less painful with the presence of a blockbuster from Sunidhi like this one. The catchy number with Arabic influences still fills up dance floors and earned her further award nominations.

2006: Beedi Jalaile from Omkara: One of the biggest hits of her career shook the foundations of the film industry when it released and got Sunidhi well-deserved awards. The catchy dance number was a global hit and crossed over to non-Asian audiences, including being a major success in Brazil. It still causes a firestorm over a decade later.

2007: Sajnaji Vari Vari from Honeymoon Travels Pvt. Ltd: The singer had delivered many joy-filled numbers across the years and this dance-floor filler was another one. Another track that got under the skin of film fans in a big way once again shows off the singer’s vocal acrobatic skills.

2008: Race Saanson Ki from Race: Sunidhi was given the title track for one of the biggest soundtracks of 2008. The dynamic duet saw her team up with Neeraj Shridhar for the various versions of the song, which included Sunidhi showing off her ability to deliver Hindi and English language lyrics with equal ease.

2009: Hadippa from Dil Bole Hadippa: Sunidhi had big hits in 2009, including the award-nominated Chor Bazaari from Love Aaj Kal, but this explosive duet with Mika Singh smashed up dance floors worldwide and doesn’t get the credit it deserves because the film failed at the box office, so we are including it and celebrating its brilliance.

2010: Sheila Ki Jawani from Tees Maar Khan: The biggest hit of Sunidhi’s career earned her further awards and consolidated her position as the greatest item number singer of the modern era. The gigantic hit overshadowed the high-profile film and continues to tower above other item numbers of the modern era.

2011: Ishq Sufiyana from The Dirty Picture: Although she is most associated with dance numbers, the singer showed off her soulful side superbly with this heartfelt rendition of a romantic number filled with love.

2012: Halkat Jawani from Heroine: Sunidhi was showing off her impressive range on a variety of songs in 2012, but the stand-out moment was another dance number, which featured Kareena Kapoor Khan. The track would get her another Filmfare Award nomination.

2013: Kamli from Dhoom 3: The hardworking singer released a massive number of songs in 2013, but the jewel in the crown was this sparkling number from the record-breaking film. What added magic to the song was the way it was picturised on Katrina Kaif, who had earlier created magic onscreen with Sheila Ki Jawani.

2014: Punjabi Wedding Song from Hasee Toh Phasee: The fact Sunidhi has the ability to put a smile on your face is illustrated by the number of fun songs she has recorded over the years, which includes this playful duet with Benny Dayal. You can sing along to it or just bust some moves.

2015: Girls Like To Swing from Dil Dhadakne Do: Perhaps the only female singer who has the power to match up to a big band in full flow was on fine form again with the infectious number, which gained her further acclaim.

2016: Je T’aime from Befikre: This musically-rich duet with Vishal Dadlani saw both singers effortlessly mix French and Hindi lyrics. The romantic number showed that Sunidhi can match up to any challenge and would have been even bigger had the film done well.

2017: Bloody Hell from Rangoon: The singer has made a name for herself with out-of-the-box and original songs, which included this one from the Second World War-set drama. When the song comes on you can’t help but sing along to the (naughty sounding) title.

2018: Ae Watan from Raazi: The spy drama contains this deeply patriotic number delivered by Sunidhi. She puts in heartfelt emotion and feeling into a soul-stirring song, which was nominated for a Filmfare Award.

2019: Vaddi Sharaban from De De Pyaar De: The party anthem is a fun duet with Navraj Hans that has filled up the dance floor and clocked-up over 27 million views on YouTube in 2019. It’s another fun and joyous song and looking back at her career, that is what Sunidhi has always been.

Sunidhi Chauhan will be in concert at Morningside Arena in Leicester on September 6 and Indigo at The O2 in London on September 7. www.rockonmusicuk.com