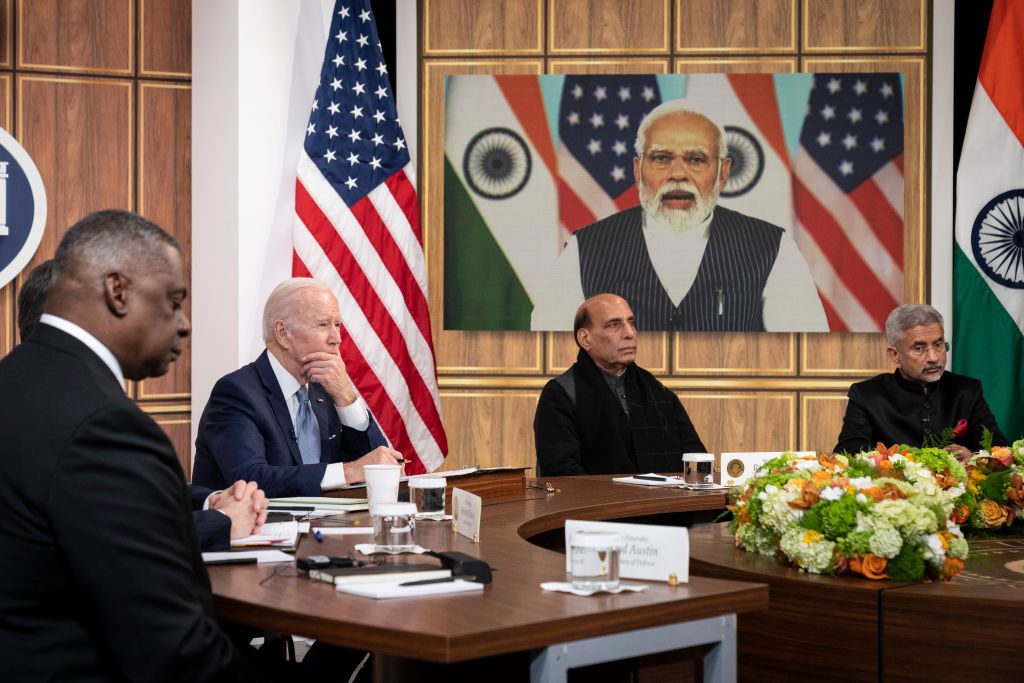 The South Asian nation has tried to walk a tightrope between maintaining relations with the West and avoiding alienating Russia and has not imposed sanctions over the war.

New Delhi has raised concerns in Washington in particular by continuing to buy Russian oil and gas, despite pressure from Biden for world leaders to take a hard line against Moscow.

India said ahead of the talks the meeting would be about strengthening the allies’ “comprehensive global strategic partnership,” while Washington spotlighted “Russia’s brutal war against Ukraine and mitigating its destabilizing impact.”

Biden began the meeting by saluting the “deep connection” between the two countries and said he wanted to continue their “close consultation” over the war, as Modi appeared alongside him on a large screen.

The Indian leader said the two countries were “natural partners,” describing the Ukraine crisis as “very worrying” and recalling that India supported talks between Ukraine and Russia while delivering medical assistance to Kyiv.

Biden and Modi failed to reach a joint condemnation of the Russian invasion when they last spoke in early March at a meeting of the so-called “Quad” alliance of the United States, India, Australia and Japan.

New Delhi abstained when the UN General Assembly voted last week to suspend Russia from its seat on the 47-member Human Rights Council over allegations that Russian soldiers in Ukraine engaged in war crimes.

The United States has already warned that any country that actively helps Russia to circumvent international sanctions will suffer “consequences.”

Yet this has not deterred India from working with Russia on a rupee-ruble payment mechanism to circumvent banking sanctions while taking advantage of discounted oil prices offered by Russian producers.

Meanwhile, state-run Indian Oil Corp has bought at least three million barrels of crude from Russia since the start of the invasion on February 24, in defiance of an embargo by Western nations.

Biden said on March 21 that India was an exception among Washington’s allies with its “somewhat shaky” response to the Russian offensive.

In the Cold War, officially non-aligned India leaned towards the Soviet Union – in part due to US support for arch-rival Pakistan – buying its first Russian MiG-21 fighter jets in 1962.

Russian foreign minister Sergei Lavrov, who met with Modi in New Delhi in early April, lauded India for its approach to the conflict, and in particular for judging “the situation in its entirety, not just in a one-sided way.”

On Monday (11), Biden was flanked by his defence and foreign secretaries and their Indian counterparts, who were due to meet later Monday in person for the annual “2+2 Dialogue,” launched in 2018 to deepen cooperation between the two countries.