Nessa case got less publicity than Everard’s ‘because of ethnicity’ 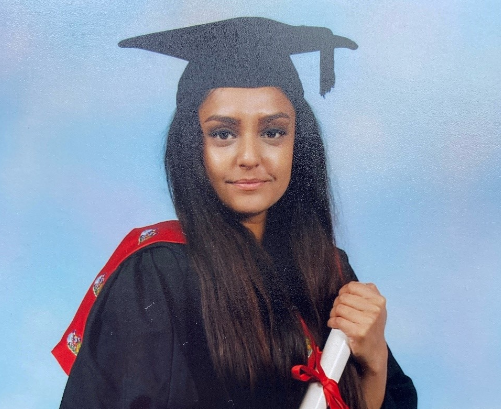 SABINA NESSA’S sister Jebina Islam has claimed the young primary school teacher’s ethnicity may be why her death did not get the media coverage Sarah Everard did.

Everard, 33, a white London resident who worked as a marketing executive, was killed by serving police officer Wayne Couzens on March 3 last year.

Nessa, 28, a British Bangladeshi, was murdered in September. Her body was found in a park in southeast London on September 18, the day after she disappeared while walking through the area to meet a friend.

In an interview with the BBC’s Today programme on Monday (11), Islam said, “My sister didn’t get as much headlines, at the start. Maybe was it down to her ethnicity?

“She didn’t get the front pages on some of the papers, and in Sarah Everard’s case she did.”

She added: “I think it’s just down to our ethnicity to be honest.

“And I feel like if we were a normal British white family we would have been treated equally, I guess.”

Islam also slammed home secretary Priti Patel for a lack of support from the Home Office as well as the prime minister following the violent murder of Nessa.

The home secretary said on Twitter, “While I can’t possibly know how Sabina’s family and friends are feeling, I hope today’s sentence brings them a small comfort, knowing this evil monster has faced justice.

“As home secretary, tackling violence against women and girls is central to my Beating Crime Plan and I am doing everything in my power to target perpetrators, protect the public and make our streets safer for everyone.”.

However, Islam said, “You don’t know what we as a family are going through and to be honest you haven’t even bothered to ask since the death of my sister.

“Lack of support from yourself and Boris Johnson just shows how ‘important’ it is to tackle male violence to you guys.”

Selamaj refused to appear for his sentencing in London’s Old Bailey court, where judge Nigel Sweeney said he had committed a “savage” and sexually motivated attack.

Nessa was the “wholly blameless victim of an absolutely appalling murder which was entirely the fault of the defendant”, Sweeney said, noting that Selamaj had shown no remorse during his trial.

Following the verdict, Nessa’s parents Abdur Rouf and Azibun Nessa said in a statement: “You had no right to take her away from us in such a cruel way.”

“The moment the police officer came to our house and told us she was found dead our world shattered into pieces,” her parents said. “How could you do such a thing to an innocent girl walking by, minding her own business.”

“You are not a human being, you are an animal.”

Detective Chief Inspector Neil John, who led the investigation, described Selamaj as an “evil coward” after the sentencing.

“Right across the Met there is a relentless effort to tackle violence against women and girls and to bring those who perpetrate these crimes to justice,” he said.