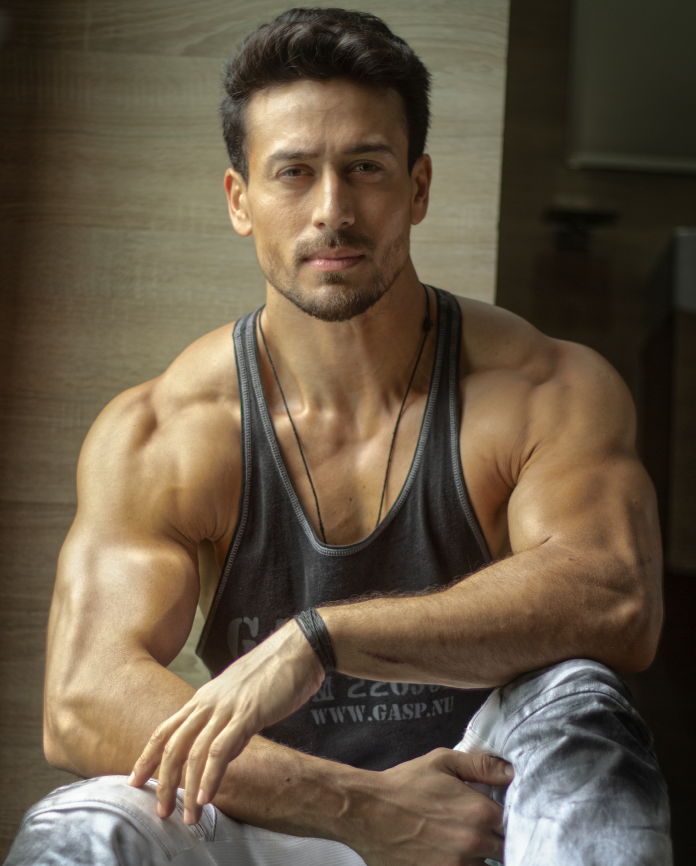 RISING STAR SHROFF ON HIS NEW MOVIE AND BIG-SCREEN SUCCESS

Rapidly rising star Tiger Shroff has made a mark in action movies and many would argue he is the most equipped for that genre.

Tiger’s extraordinary fighting ability, chiselled physique and acting talent have all helped him gain one of the fastest growing fan bases in Hindi cinema.

Last seen in the high-octane blockbuster Baaghi 2 in 2018, Tiger roars back onto the big screen with the hotly-anticipated film Student Of The Year 2.

The next instalment in Dharma Productions’ 2012-hit Student Of The Year, the college-set drama has a mix of action, romance and working hard to win.

Eastern Eye caught up with Tiger to speak about Student Of The Year 2, his experience working with debutantes Ananya Pandey and Tara Sutaria, his famous father Jackie Shroff and shaking a leg with Hollywood legend Will Smith.

What drew you the most to sign up for Student Of The Year 2?
The fact that I have never attended college. Right after completing my schooling, I signed Heropanti. Here, I was getting a chance to be in a college, so my wish got fulfilled on the sets of Student Of The Year 2.

This is the first time you are romancing two heroines in one film, and that too debutantes; How was the experience?
It has been an amazing experience. I did not feel like I was working with two newcomers because they were well-trained and very well prepared. So it has been a very smooth sailing experience.

Ananya also belongs to a film family, just like you do. Did you know her before she was cast in Student Of The Year 2?
Ananya and I have been family friends for a long time. I felt really good when I came to know that she was also joining the industry. We had the same dance teacher. We used to practise a lot together. We shot a couple of songs in the film. It felt really nice.

Does your process of approaching a role change when it is a franchise film?
When you do a franchise film, you try to figure out how you can take it to the next level. The challenging part is that there is a pressure to make it better than the previous part. We work doubly hard because of that pressure. I am quite excited about Student Of The Year 2, but at the same time, I am also very nervous, because it is a hit franchise which launched three successful stars (Alia Bhatt, Varun Dhawan and Sidharth Malhotra). To carry forward that legacy is a bit challenging.

This is your first film with Dharma Productions. How is it different from other banners you have worked with before?
It’s special, because the kind of treatment that Dharma (Productions) gives to their artists, be it on the sets or off the sets, is amazing. They are very concerned about each and every artist. They look after their artists quite well. For Dharma, I was an outsider. This is the first time I am working with them. But I did not feel like an outsider. The entire team and crew are very sweet.

You father, Jackie Shroff, is very proud of your achievements. Does he tell you that? How is your relationship with your father at home?
We don’t talk much about movies at home. We have very casual baap-beta (father-son) talks. Having said that, whenever he lectures me about something, I listen to him very carefully, because I know if I don’t, I’ll get a phatka (slap).

How has your relationship with him changed after you became an actor?
It’s the same. I am still his son. I am still a baby for him. I get inspired by him even now, the way he pulls off his character and all. I cannot compare myself with him. I don’t even want any comparison because that’s a losing battle for me. He is too big a personality. I cannot match his style, presence and personality. That’s why, from the very beginning, I tried to make a different identity in the industry. He was a chawl (a type of residential unit in Mumbai and adjoining areas) boy. His is a rags-to-riches story. My father did so much for himself and his family. I would have not done that had I been in his position. Whatever I am today, it’s just because of my papa. I am my papa’s son, that’s why I got a launch pad. Had I been an outsider, it would have been extremely difficult for me to get a break.

Does your father give you advice when you feel low?
My parents are very sensitive about me. Whenever I feel low or depressed, I find myself unable to show my emotions to them because they are very sensitive in nature. So whenever my mood is off, I go somewhere out and relax.

We heard that when you go for outdoor shoots you are afraid of sleeping alone at night?
That’s true. I have a huge team. Whenever I go for outdoor shoots, I take my trainers along, because most of my films have action sequences. I have known them since my childhood. They are all my age. They are like my friends. So we all sleep together in one room and chill. It’s all because I am afraid of ghosts.

What if someone offers you a horror film?
No. I won’t do it ever in my life.

Coming back to Student Of The Year 2; have you played kabaddi before this film?
No, I haven’t. We worked very hard to learn the sport to get the body language right. We did a lot of rehearsals and workshops. I got an opportunity to meet a couple of players as well. I took some tips from them. Besides, I also added my own style in the sport.

Did you feel bad about the fact that Karan Johar did not direct the film like he did the first instalment?
No, I did not. It has been a phenomenal experience working with Puneet (Malhotra) sir. The way he directed the film is amazing. He does not let us feel that he was the director and we were actors. We all worked together like friends. I think it is very important to have that chemistry between an actor and a director.

What do you look for in a project before giving it a go-ahead?
First and foremost is the script, and then, my character and emotions. The banner does not make much difference for me.

But all your films have been with big banners…
I think I am fortunate that I got both – big banners as well as good scripts.

Your father has just made his digital debut with Criminal Justice. What are your plans as far as the web space is concerned?
I’m very passionate about films on big screens. I love hero-centric films. I want to be a larger-than-life hero. That’s my target. So I’ll stick to this for now. In future, I may experiment.

Every actor tries to explore different genres to showcase their versatility; but you have only been doing action films since your first movie Heropanti…
I can’t do comedy. That’s why I do action films. What I do, very few people can do. People know me for this. They say that if it’s Tiger’s film, it will have action. It’s great. Not only the multiplex audience, I have got acceptance in B and C centres also. The mass audience likes me.

Yeh Jawaani Hai Deewani is one of your dad’s favourite songs, which has just been recreated in your film. What were your memories of that song?
I don’t have any memories of that song, honestly. I just remember I used to listen to the song on radio and liked it as a child.

How was it to shoot with Will Smith?
My god, what an experience it was! When he came to the sets, it felt like god had descended. He has such a strong aura. It was amazing. He is a very down-to-earth human being. He is such a huge star, but you won’t feel like you are talking to a superstar.

Student Of The Year 2 is in cinemas now