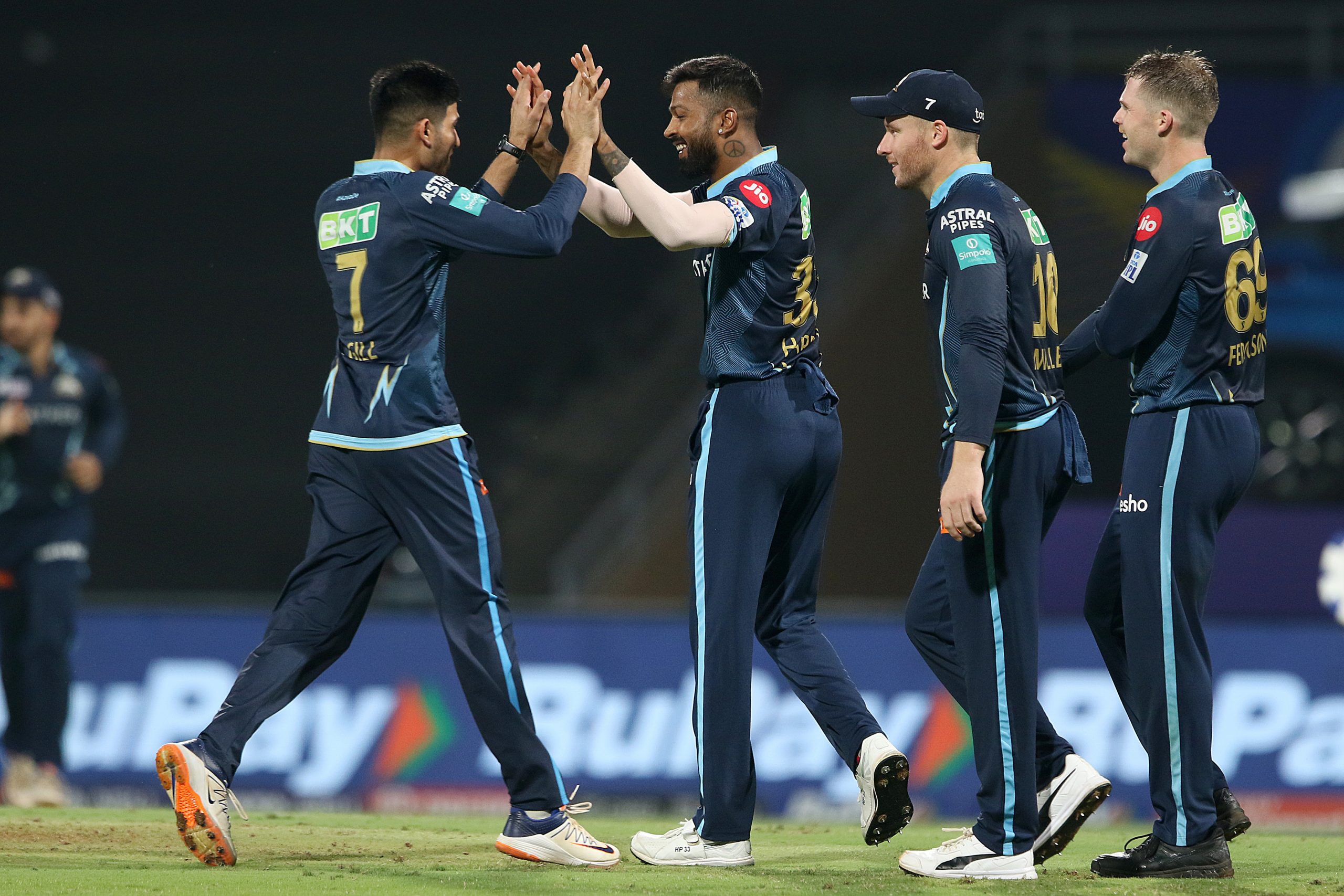 Surprise-package Gujarat Titans have taken the IPL by storm in their debut season with a cleverly assembled and astutely coached team led by the all-round talents of local star Hardik Pandya.

Their batting has exceeded expectations with Hardik and South Africa’s David Miller leading the way with stellar performances in the early half of the season.

Gujarat-born Hardik has excelled with both bat and ball, accumulating 228 runs in five matches and claiming four wickets during economical pace-bowling spells.

The team also shone in his injury-enforced absence, their stunning three-wicket win over Chennai coming off the back of an unbeaten 94 by Miller and a batting blitz by stand-in skipper Rashid Khan.

“The team has been selected well, led well and coached well. You can see they picked the kind of players they wanted and got the kind of balance they wanted,” sports journalist Sharda Ugra told AFP.

“And in the choice of Hardik Pandya, he was picked as a kind of symbolic representative of cricket in Gujarat. He carries the aura of a superstar.”

Gujarat netted the 28-year-old Hardik and Rashid for $2.08 million each in the Indian Premier League draft pick.

They also paid $1.32 million in the auction for New Zealand’s Lockie Ferguson, who leads the pace pack alongside Indian veteran Mohammed Shami.

“Look at the quality of their bowling,” said Ugra.

“They have got Rashid Khan. They have got express pace in Lockie Ferguson and they have got Mohammed Shami, so that is three straight ‘team of the IPL’ kind of players.”

The selection of Ashish Nehra as coach made for a low-key appointment in contrast to other teams, such as Mahela Jayawardene at the Mumbai Indians and Kolkata’s Brendon McCullum.

But his straightforward style is paying off and television images of the former Indian pace bowler strategising on paper in the dugout as other team coaches work off computers has made an impression on pundits.

“Paper or laptop, it’s how Nehra is working his mind to convince the players and get the best out of them,” former India spinner Pragyan Ojha told specialist website Cricbuzz.

Former India opener Wasim Jaffer called Gujarat a “surprise-package”, but warned Hardik must stay fit if they are to maintain momentum at the business end of the tournament.

Gujarat next play two-time champions Kolkata Knight Riders on Saturday and it remains to be seen whether they can keep up their charge all the way to the play-offs.

“Both the new teams are playing good-quality cricket and producing great results for their fans,” Ugra said.