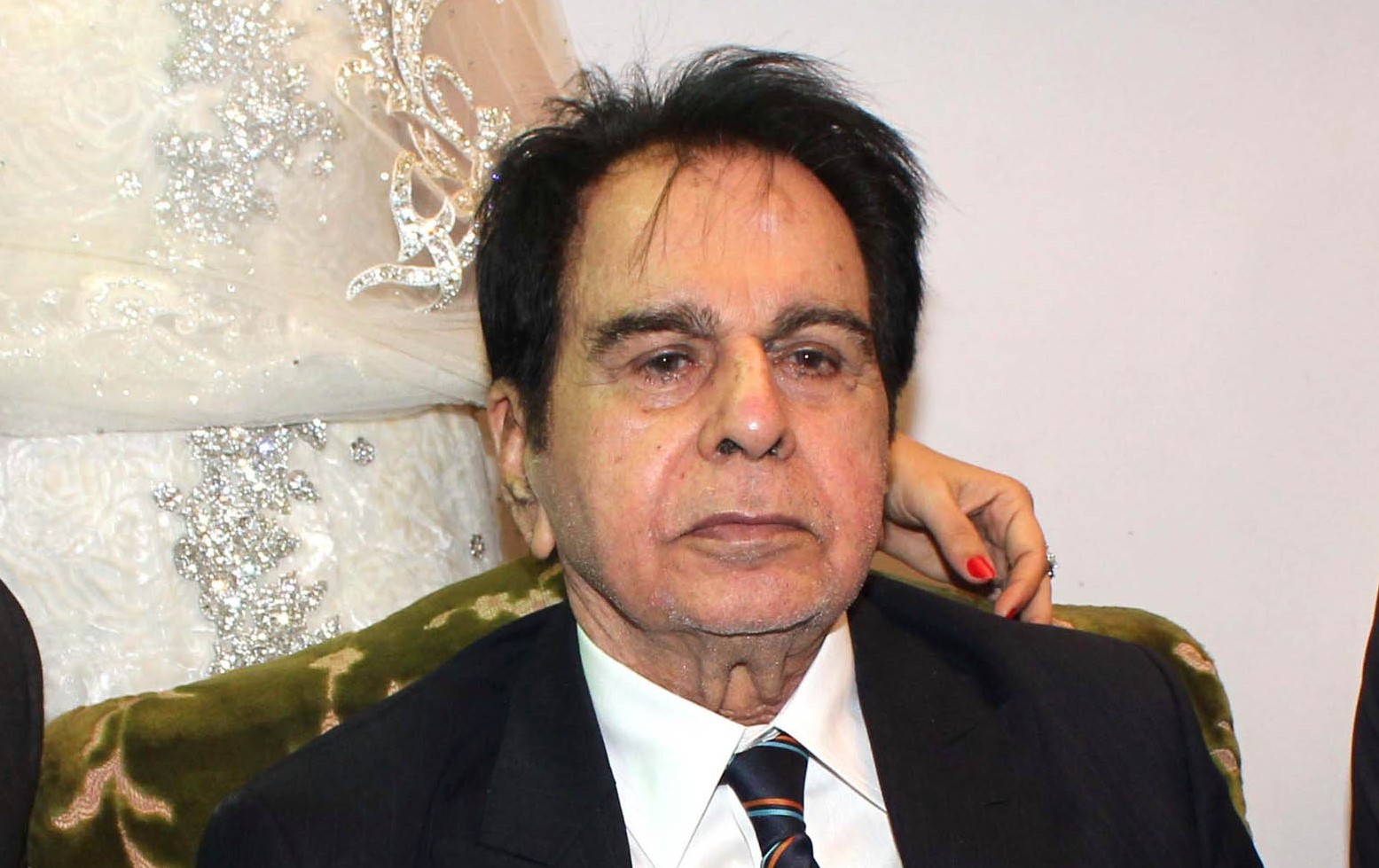 Veteran actor Dilip Kumar (98) passed away on Wednesday morning. Last month, he was admitted to the hospital due to breathlessness, but after undergoing a successful pleural aspiration procedure, he was discharged.

But, a few days ago, the actor was once again admitted to the hospital due to breathlessness. Kumar’s family friend, Faisal Farooqui, took to Twitter to inform everyone about the actor’s demise.

He tweeted, “With a heavy heart and profound grief, I announce the passing away of our beloved Dilip Saab, few minutes ago. We are from God and to Him we return. – Faisal Farooqui.”

Further informing about the funeral, he tweeted, “Burial today at 5:00 PM. Juhu Qabrastan at Santacruz Mumbai.”

Many Bollywood celebs took to social media to mourn the veteran actor’s demise.

Amitabh Bachchan tweeted, “An institution has gone .. whenever the history of Indian Cinema will be written , it shall always be ‘before Dilip Kumar, and after Dilip Kumar’ .. My duas for peace of his soul and the strength to the family to bear this loss .. Deeply saddened ..”

Akshay Kumar wrote, “To the world many others may be heroes. To us actors, he was The Hero. #DilipKumar Sir has taken an entire era of Indian cinema away with him. My thoughts and prayers are with his family. Om Shanti.”

Shahid Kapoor posted on Twitter, “We are all nothing but versions of you Dilip Saab. Every actor has studied you in awe. Wondering how you did it all. You were as close to PERFECT as it can get. As you return to your spiritual home. The prayers of millions are with you. Thank you for giving us all you did. And sharing your enlightened soul with us through all your breathtaking performances. You will live on forever sir. You are TIMELESS. Rest in peace.”

Madhuri Dixit tweeted, “Every now & then some individuals come along who single-handedly alter the present & write history… One such legend was Dilip saab for the world of cinema.I was fortunate to have spent some time with him both on & off screen and I’ll cherish those memories forever. Praying for the peace of his departed soul & my heartfelt condolence to the family RIP.”