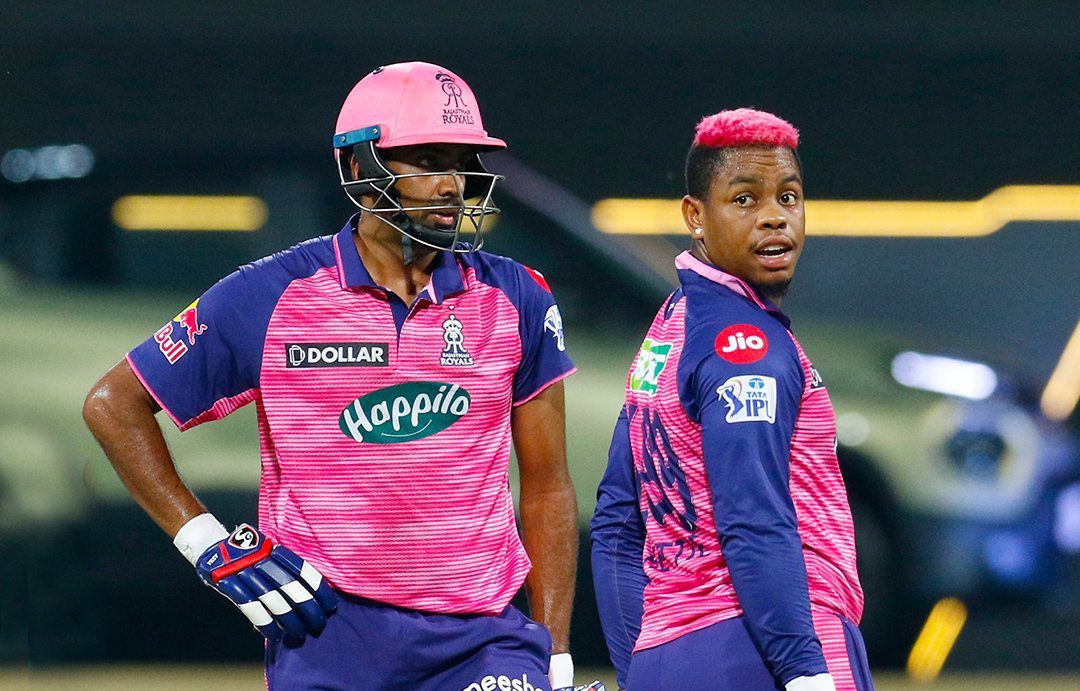 Rajasthan Royals prevailed in a last-over thriller to edge out Lucknow Super Giants by three runs and top the Indian Premier League table on Sunday.

West Indies big-hitter Shimron Hetmyer hit an unbeaten 59 off 36 balls and lifted Royals from 67-4 to 165-6 in the second match of the day in Mumbai. The innings was marked by the tactical decision of Ravichandran Ashwin to retire out with 10 balls left.

Fast bowler Trent Boult and leg-spinner Yuzvendra Chahal then rattled the opposition batting to restrict Lucknow, one of the two new franchises in the expanded 10-team IPL, to 162-8.

Marcus Stoinis hit an unbeaten 38 off 17 balls to give the Royals a scare but IPL debutant Kuldeep Sen kept his nerve and defended 15 off the final over.

The left-handed Hetmyer shared a key 68-run fifth-wicket stand with Ashwin after the Royals were invited to bat first.

“Experience he has, really great cricketing sense he has. Has been doing great job for us,” Royals skipper Sanju Samson said of Hetmyer, who was picked up by the team for $1.13 million in the auction.

Hetmyer made the most of a dropped catch by Krunal Pandya on 14 and later changed gears and hit two sixes and a four against West Indies teammate and Lucknow fast bowler Jason Holder.

Ashwin surprised the opposition with an IPL first of ‘retired out’ on 28 off 23 balls, departing after 18.2 overs of the Royals innings to allow Riyan Parag join Hetmyer.

Hetmyer smashed four more sixes in the final two overs and Parag also got a hit over the fence in his four-ball stay.

Lucknow were then rattled by a lethal opening burst by New Zealand left-arm quick Boult who bowled skipper KL Rahul for nought on the first ball of the reply and then, after bowling a wide, trapped Krishnappa Gowtham lbw for nought.

Holder fell to Prasidh Krishna with Lucknow on 14-3 and later 74-5.

Quinton de Kock made 39 before falling to Chahal, who reached 150 IPL wickets in the match, who also took down Krunal Pandya, for 22, two balls later.

Samson called Chahal, who was named man of the match for his 4-41, “the greatest legspinner India has ever seen at present”.

Stoinis attempted to turn the game on its head. He hit four sixes but the asking rate and Sen’s nerves in the 20th over proved too big a barrier for Lucknow.

In the first match of the day, David Warner (61) and Prithvi Shaw (51) hit attacking half-centuries to set up a convincing 44-run win for Delhi Capitals against Kolkata Knight Riders.