A couple of days ago, Eros International registered a title Corona Pyaar Hai. Krishika Lulla of Eros International stated that the scripting of the film is going on and it will be a love story set against the backdrop of Coronavirus outbreak.

Well, as soon as we hear the title Corona Pyaar Hai, it reminds us of Hrithik Roshan and Ameesha Patel starrer Kaho Naa Pyaar Hai which was directed by Rakesh Roshan. Recently, while talking about the title Corona Pyaar Hai, Rakesh Roshan told a tabloid, “It’s a mockery of the situation that the world is combating. It’s childish and immature to do such a thing at this time. We should ignore these people as they are not thinking straight.”

When he was asked if he would take any legal action against the makers, Rakesh Roshan said, “There is no similarity between the two films. Even with regard to the names, their title Corona Pyaar Hai has a different meaning to it. So, I cannot do anything about it.”

Well, a source told the tabloid that looking at the scenario right now; the makers were not keen on announcing the film but only wanted to register the title. We wonder which actors would be roped in to play leads in Corona Pyaar Hai.

Meanwhile, the shooting of the films has been suspended and also, no movies will be hitting the screens this month. Sandeep Aur Pinky Faraar and Sooryavanshi, both the biggies were slated to release on this month, but have been postponed. 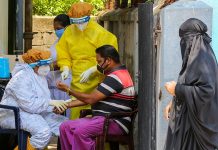 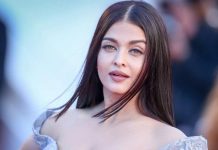