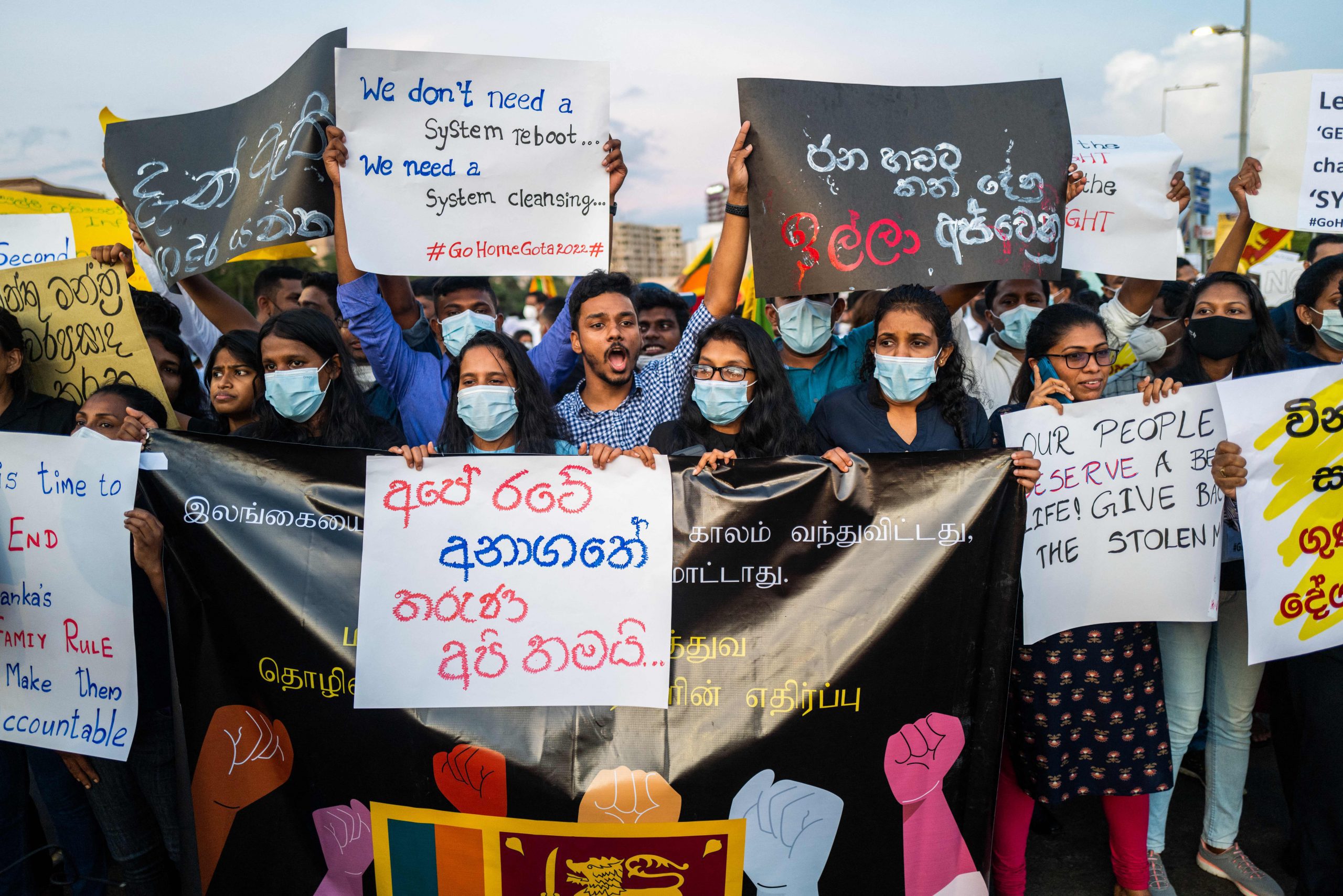 Sri Lanka police shot dead a protester and wounded 24 others on Tuesday in the first fatal clash with residents demonstrating against the government over the island nation’s crippling economic crisis.

The South Asian country is in the grip of its most painful economic downturn since independence in 1948, with regular blackouts and severe shortages of fuel and other goods causing widespread misery.

Huge protests have called for the resignation of the government, which is preparing to negotiate an urgently needed bailout with the International Monetary Fund.

Police fired live rounds at a crowd that had blockaded a railway line and highway connecting the capital Colombo with the central city of Kandy to protest oil shortages and high prices.

“One man died of gunshot injuries,” a hospital official told AFP by telephone.

Another 16 protesters were wounded, with eight in need of emergency surgery, while a further eight police officers were injured when demonstrators threw back tear gas canisters they had fired at the crowd.

The protest was one of many spontaneous gatherings staged around Sri Lanka on Tuesday, after the country’s main petrol retailer hiked prices by nearly 65 percent.

“Fire, fire and chase them out,” a senior officer is heard shouting while directing his men to attack the crowds with tear gas.

It was not immediately clear what prompted the police to use live rounds.

Police said demonstrators had stopped road and train traffic for hours by the time of the shooting.

A fuel bowser had been parked across railway tracks to block trains while burning tyres were obstructing traffic on the nearby road.

Footage from the local hospital showed victims being rushed into the facility and a man pleading for someone to treat his brother, who had been shot in the abdomen.

“Please rush quickly, my brother is bleeding,” the man shouted.

Tens of thousands of angry motorists blocked arterial roads with parked buses and burning tyre mounds to condemn the latest rise in fuel prices and months of acute shortages.

In the capital Colombo, a large protest crowd has been camped outside the seafront office of President Gotabaya Rajapaksa for more than a week, demanding the leader step down.

Doctors at Sri Lanka’s main children’s hospital also staged a protest on Tuesday over a severe shortage of medicines and equipment.

In a bid to address growing calls for his entire government to resign, Rajapaksa on Monday appointed a new cabinet and acknowledged public anger over the ruling family’s mismanagement.

“People are suffering because of the economic crisis and I deeply regret it,” the president said Monday.

Sri Lanka is seeking three to four billion dollars from the IMF to overcome its balance-of-payments crisis and boost depleted reserves.

Dozens of Rajapaksa’s lawmakers have turned against the administration and on Tuesday took seats on opposition benches in parliament.

The government last week announced a default on its $51 billion foreign debt and the Colombo Stock Exchange has suspended trading to prevent an anticipated market collapse.

Rajapaksa’s administration has urged citizens abroad to donate foreign exchange to help pay for desperately needed essentials after announcing a default on its entire external debt.

Colombo has sent a delegation to Washington to open bailout talks with the International Monetary Fund from Tuesday.