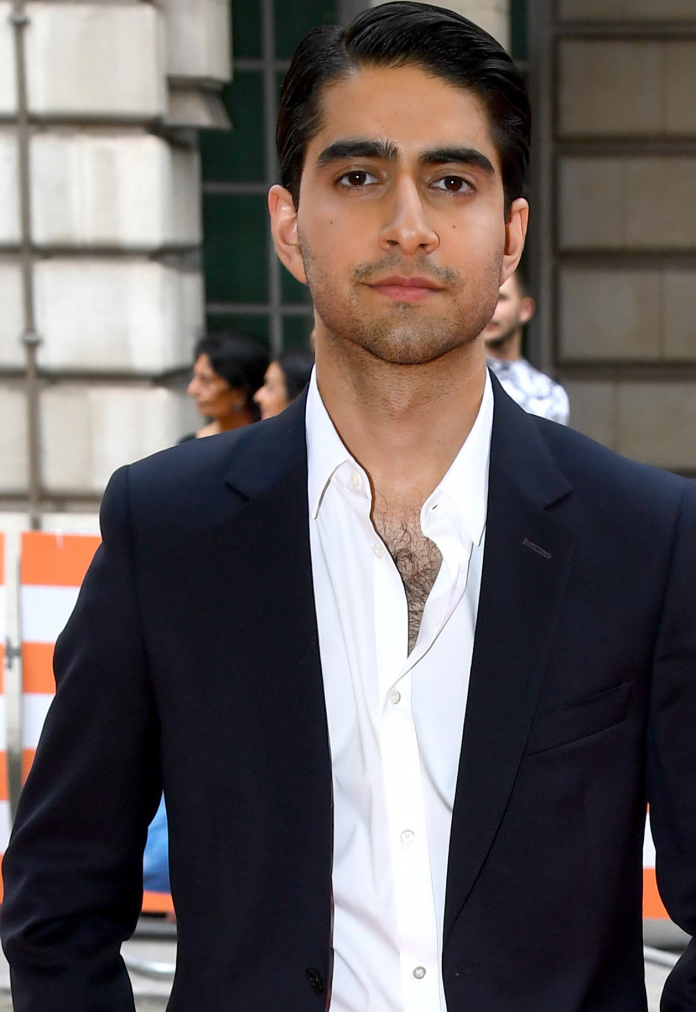 The movie everyone has been talking about is recently-released Luton-set comedy-drama Blinded By The Light.

The hit film, based on Sarfraz Manzoor’s book Greetings From Bury Park: Race, Religion and Rock N’ Roll, is a superb coming-of-age story set in the 1980s, which is based on real events.

At the heart of director Gurinder Chadha’s latest movie is young British actor Viveik Kalra, who plays the lead role of a seemingly lost teenager who finds his voice after discovering the music of rock legend Bruce Springsteen.

Eastern Eye caught up with the next breakout British international star Viveik to talk about his experiences of working on the special movie.

How did you feel taking on the challenge of being the lead in such a high-profile film and did you feel nervous?
It was an incredible opportunity and when it started it wasn’t high-profile, and was just an independent film. We are very lucky to have been picked up in the way we have been. I guess it was sort of an intimidating prospect, but one incredible part was that I got to play this real person I could talk to and ask what was it like. He wasn’t a historical figure like (Winston) Churchill that I had to do an impression of him. It was my version of the character.

How much did you interact with Sarfaraz Manzoor, who your character Javed is based on?
He took me to his hometown in Luton and showed me around. We went to his first and second house in Luton, and to spots he used to visit. We met Aaron (Phagura) who plays Roops in the film (along with the real Roops) and sat down in a café at Arndale Centre. That is the café you see in the film. So to be there was an incredible awakening. To flesh out this character and their circumstance was a lovely thing to have.

What is director Gurinder Chadha like to work with?
She is probably one of the most energetic people I have ever met in my life. I was 19 when we shot this, but she had more energy than me or anyone else on the set. She is 60 (I think). (Laughs) Let’s not mention how old she is, but it was amazing. Similarly, look the man himself Bruce Springsteen, who, at (nearly) 70, has just done a year and a half on Broadway, and come up with a number one album again. That sort of work ethic is incredible.

You are very young, so how aware were you of Bruce Springsteen before you commenced work on this film?
I had only heard his name. That was all. Which sounds so uncultured of me, but the man was not of my time musically. But getting into his stuff, and the way he conveys his message, which is often deep and layered was sort of incredible. You listen to his songs and think that is a catchy tune with some lyrics, but then you research them and you are like, ‘wow, that is deep man’. There is a deep meaning that I didn’t realise. He talks about deep issues such as his relationship with his father and growing up.

What is your favourite Bruce Springsteen song now?
Growin’ Up from (the album) Greetings from Asbury Park, N.J. That song is not in the film, but perfectly summarises him. If you want to get an idea of the film in a sound then just listen to that song. It is wonderful, beautiful and sweet. It is about being a young person and having your life ahead of you.

How much does the amazing positive response to the film mean to you?
It means a lot that people are connecting to it. When I got involved with the film, I felt it resonated with me. The character’s life was totally dissimilar to mine in every way, but somehow it still resonated with me. It had a charm and a vehicle that led this character on his journey that was incredibly wonderful. So to be a part of it initially and then to now when people are connecting to it, I would say is mind-blowing. I feel very grateful.

What does the film mean to you?
It is like a story we told is set in stone and eternalised on screen for the rest
of the time, and that makes me feel very proud.

Which artist dominates your playlist?
I used to listen to a lot of American music growing up. American culture used to be a big thing for me. Now I listen to a lot of UK music. My favourite artist now is Shakka, who is incredible and does great stuff.

Tell us, what is the master plan going forward?
I don’t have a master plan. I don’t have a one, two or five-year plan, so nothing like that. In this world, there are things you think ‘I would like’, but don’t. Then there are things you think, ‘I wouldn’t like’, but love. So I am not setting myself in any direction. I am just keeping my eyes and ears open. I am just in a privileged position right now and very grateful. I am lucky to be at a time right now where things are hopefully changing in a way Asian folks are seen on TV, film and theatre.

Blinded By The Light is in cinemas now