In recent years, Sonam Kapoor has been acting in boundary-breaking films that have expanded the horizons of Bollywood and that desire to tackle different subjects has led her towards The Zoya Factor.

Her newly-released romantic-comedy is a big-screen adaptation of the acclaimed 2008 film about an unlucky girl, who suddenly becomes a good luck charm for the Indian cricket team and unexpectedly finds love.

Eastern Eye caught up with Sonam to discuss The Zoya Factor, superstition and inspirations.

Is it a coincidence that all your recent roles are so different to each other?
I have been deliberately choosing different projects, because I like to do different things and don’t want to be typecast into a particular genre.

What did you like about The Zoya Factor?
I thought it was a lot of fun, an easy-going film and harmless entertainment. It had something quirky about it and I really loved the book when it came out, which is written by Anuja Chauhan. I was also dying to play a relatable, fun, young girl.

Tell us about your character?
I play Zoya Solanki and she is born in 1983 on the day India won the cricket world cup. She is actually lucky for everybody, except herself. She is unlucky in everything. She is an advertising executive and is sent to work on a Pepsi commercial with the Indian cricket team. She meets Dulquer Salmaan’s character, who plays for the Indian cricket team and falls in love with him. But the conflict is that she is lucky for the team, but he doesn’t believe in luck and only in hard work. She is a regular girl who has issues with her love life, professional life and life in general. I think she is pretty relatable to young urban girls out there right now.

How does Dulquer Salmaan compare to other leading men you have worked with?
I think he is amazing. I have worked with some incredible actors and he is in the top few in that list of amazing talents.

How much of a sports fan are you in real life?
I love sports. I like cricket, but my favourite sport is basketball. But, yes, I do like cricket because I am an Indian and don’t know any Indian who doesn’t like cricket.

How superstitious are you in real life?
I am perhaps as superstitious as the average person. I think it’s about having a natural synergy to doing things that might not be logical, but that is just an Indian thing.

Are you superstitious when it comes to work?
I don’t know about that, but I do believe in hard work. If you work hard enough you can change your destiny or destiny will favour you. In real life, I believe that I can work hard and change my life.

Do you have a lucky charm?
I don’t, but I do believe that everything good that is happening in my life recently is because of my husband (Anand Ahuja). He brings in a lot of joy and fortune into my life.

What according to you is the definition of luck?
I don’t think there is any definition for luck. I think when things go right, despite the circumstances, you consider yourself lucky. So usually you feel lucky in hindsight and think, ‘oh that happened despite all these circumstances’.

What do you do on days you don’t feel so lucky?
I just pray and ask god for help.

What is your favourite moment in the movie?
It is when I am with my dad and brother in the film. I think, those scenes are really funny. Obviously, working with Dulquer was fabulous too.

Comedy is the most difficult genre, but you are a natural at it. Where does that come from?
I don’t know, I just love doing it I guess. Comedy is very difficult, but you have to make it just natural and fun. I just enjoy that genre a lot and have a natural affinity for it. It just works well in that way. It is my genre and I like that space. I hope those who like seeing me in dramas, like me as much in comedy.

What is the master plan going forward?
I do have a couple of announcements, but can’t speak about them right now. I will speak about them as soon as The Zoya Factor releases. But, yes, I will keep mixing characters and genres as I don’t like being stuck in the same place. I like doing different things.

Is there a territory you haven’t ventured into, but would like to explore?
I really want to do horror. No one has offered me a film in that space yet.

You are a strong symbol of girl power, how important is that for you?
It is super important to have a sense of self-respect because as soon as you have that, you can conquer the world. So I think it is essential, especially, for women in this age to have that.

I have been interviewing you for nearly a decade and you haven’t changed. What has kept you so grounded?
Family and friends. I think it is really important to have the right people around you. As soon as you have that, they tell you the truth always, no matter how bitter it is. When you don’t have sycophants and have the right people, you don’t change. So, it is very important to have someone who tells you the truth always.

How close is The Zoya Factor to the original book?
Well, Anuja (Chauhan) had a lot to do with the screenplay, so we have tried to keep it as
authentic as possible, but things have changed because fitting a hundreds of page book into two hours is very hard, so we changed a couple of things.

Tell us, why should we watch The Zoya Factor?
It’s a family film and it’s only two hours. It’s a lot of fun and has all the ingredients. It is just a great, fun film. These are stressful times and there are a lot of films with heavy drama in them, but if you wanna have a good time, chill out and watch a cute romantic comedy with a quirk in it, then The Zoya Factor is for you.

The Zoya Factor is in cinemas now 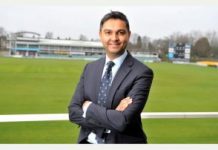