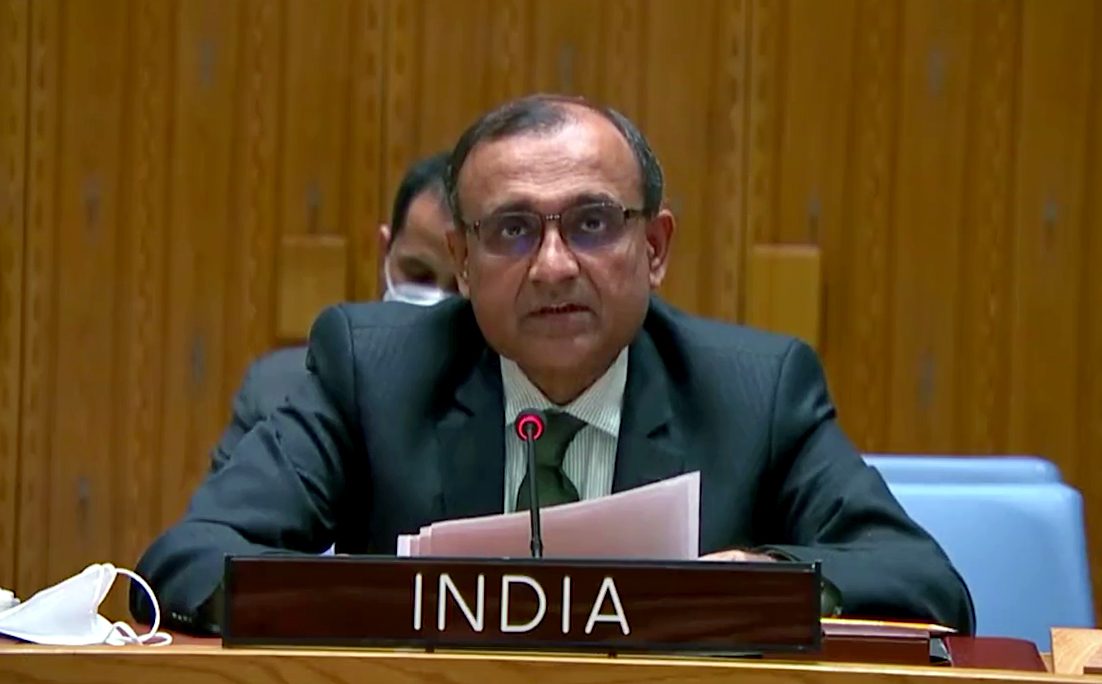 RUSSIA was suspended from the UN Human Rights Council after the 193-member General Assembly on Thursday (7) voted to adopt a resolution moved by the US while India abstained.

The resolution titled ‘Suspension of the rights of membership of the Russian Federation in the Human Rights Council’ was adopted with 93 votes in favour, 24 against and 58 abstentions.

“India has abstained on the resolution… We do so for reasons of both substance and process,” India’s permanent representative to the UN, ambassador T S Tirumurti said in the explanation of the vote.

“Since the inception of the Ukrainian conflict, India has stood for peace, dialogue and diplomacy. We believe that no solution can be arrived at by shedding blood and at the cost of innocent lives. If India has chosen any side, it is the side of peace and it is for an immediate end to violence,” he added.

Since January this year, India has abstained on at least eight occasions on procedural votes and draft resolutions in the UN Security Council, the General Assembly and the Human Rights Council that deplored Russian aggression on Ukraine.

“An important and historic day. Countries from around the globe have voted to suspend Russia from the UN Human Rights Council. We have collectively sent a clear message that Russia will be held accountable,” US ambassador to the UN Linda Thomas-Greenfield tweeted.

Tirumurti said India continues to remain deeply concerned about the worsening situation and reiterates its call for an end to all hostilities.

“When innocent human lives are at stake, diplomacy must prevail as the only viable option,” he said.

He reiterated that recent reports of civilian killings in Bucha are deeply disturbing.

“We have unequivocally condemned these killings and support the call for an independent investigation.”

The General Assembly resumed its Emergency Special Session after a request from Antigua and Barbuda, Canada, Colombia, Costa Rica, Georgia, Japan, Liberia, Republic of Moldova, Ukraine, the UK, the US and the Head of the Delegation of the European Union, on behalf of 27 members of the European Union.

The Human Rights Council consists of 47 member states, elected directly and individually by secret ballot by the majority of the members of the General Assembly.

The General Assembly, by a two-thirds majority of the members present and voting, “may suspend the rights of membership in the Council of a member of the Council that commits gross and systematic violations of human rights.”

Abstentions do not count and the resolution required two-thirds of yes/no votes to be adopted.

Tirumurti said the impact of the crisis has also been felt beyond the region with increasing food and energy costs, especially for many developing countries.

“It is in our collective interest to work constructively, both inside the United Nations and outside, towards seeking an early resolution to the conflict,” he said.

“India has been at the forefront of protecting human rights, right from the drafting of the Universal Declaration of Human Rights. We firmly believe that all decisions should be taken fully respecting due process, as all our democratic polity and structures enjoin us to do. This applies to international organisations as well, particularly the United Nations.”

Russia’s current membership in the Council ends in December 2023. The only time a member state was suspended from the Geneva-based body was Libya in 2011 in the wake of its then-leader Muammar al-Gaddafi’s violent crackdown on anti-government protesters.