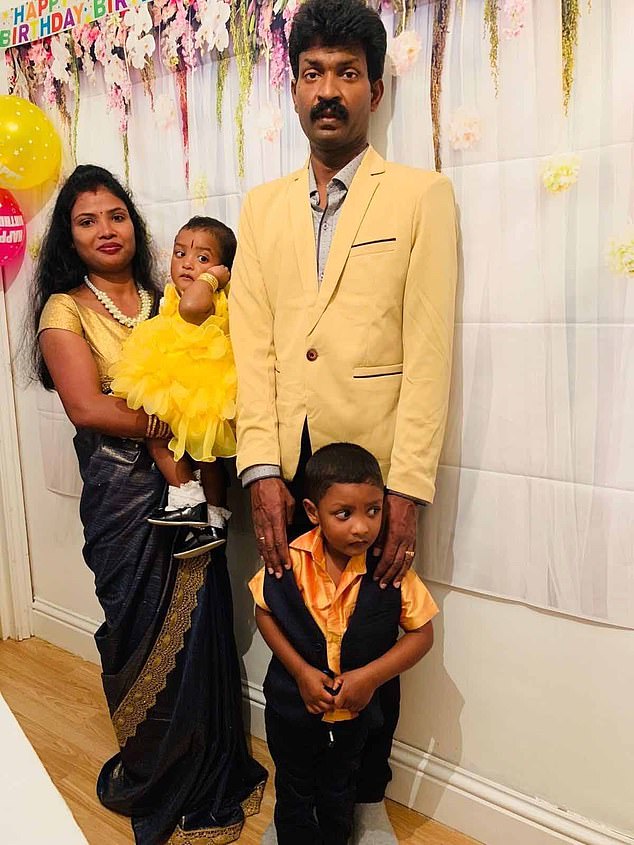 A Sri Lankan man with critical knife wounds has been placed under police guard at a hospital on suspicion of stabbing his one-year-old girl and three-year-old boy to death in East London.

Nithin Kumar, 40, allegedly “exploded” and stabbed the children at a flat in Aldborough Road North in Ilford on Sunday (26).

A Met Police spokesperson said: “Officers, London Ambulance Service and London’s Air Ambulance attended. A one-year-old girl was pronounced dead at the scene. A three-year-old boy was taken to hospital for treatment but subsequently died.

“A 40-year-old man has been taken hospital for treatment; condition awaits. All three suffered knife injuries.”

The officer added that detectives had launched a murder investigation.

Reports said the children’s mother, Nisa, ran into the street panicking and screaming for help.

A woman living nearby told MailOnline that it “sounded like she was being tortured” and “it went on for about 10 minutes”.

Kumar, known locally as Nithi, worked at a nearby shop had reportedly returned home after “carrying out his normal duties attending to customers”.

The couple had been married since 2014 and there were no earlier incidents of any discord.

Kumar’s employer, Shanmugatha Thevadurai, said “everything was normal” on that day.

He also described Kumar as “a loving father who worked hard and was popular amongst regulars at the shop”.

“Nithi was a wonderful man and a loyal worker,” he told MailOnline.

Harshad Patel, 64, who lives nearby, said Kumar often went to his shop with his boy, and sometimes with the baby, to buy milk and bread.

“There was never anything suspicious,” he said. “They looked like a nice family. He always said ‘hello, how are you?’ and the wife looked happy.”

A family friend said Nisa was “devastated” after losing “her two beautiful children”.

Thomas Dodds, 78, who lives in the area, said he could make out something awful had happened from Nisa’s “high-pitched screaming”.

“It sickens me, a young baby and a three-year-old,” he added. “Someone who did that doesn’t have a heart, to put a knife into a baby.”

A woman living in the area, too, was in shock on hearing about the “horrific” incident.

“They were happy smiley kids… they were just happy playful children,” she said.

Reports said someone had left two stuffed toy rabbits at the scene, with a note saying: “Little angels, we are so sorry. Rest in Peace.”

Redbridge Council leader Jas Athwal termed the incident an “unspeakable tragedy”, and said his thoughts were with the grieving family and the wider community.

Some Sri Lankans opt for cardboard coffins for cremating loved ones