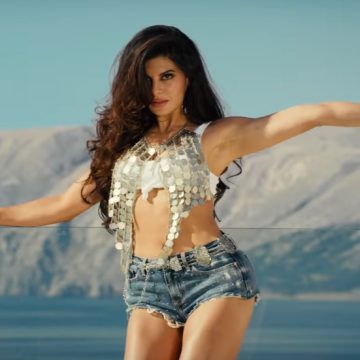 Jacqueline Fernandez is one of the most successful actresses of Bollywood. She has been a part of big hits like Race 2, Housefull 2, Housefull 3, Kick, Dishoom, Judwaa 2 and others. While she is a bankable star, she is yet to prove her mettle as an actor. However, there’s one thing that Jacqueline has always impressed us with and that is dancing.

Today, let’s look at the list dance numbers in which Jacqueline stole our hearts with her killer moves…

Dhanno was just a trailer as next in the film Ramaiya Vastavaiya, Jacqueline turned a village belle and danced on the song Jadoo Ki Jhappi. The song also featured Prabhudheva and it is surely not easy to shake a leg with him. But Jacqueline performed confidently and impressed us with her desi thumkas.

Dishoom was more about John Abraham and Varun Dhawan, but Jacqueline left a mark with her dance number Sau Tarah Ke. The actress danced like there’s no tomorrow and we enjoyed watching it on the big screen. By the way, after watching the song, a lot of guys might have told Jacqueline, ‘Tu kahe toh jaan de do…’

The recreated version of Ek Do Teen received a lot of flak. However, we cannot ignore that Jacqueline danced her heart out in the song and gave a fantastic performance. Her energetic moves were actually the highlight of the track. Even Madhuri had praised Jacqueline for her dance in the song.

Now let’s talk about the recently released Bad Boy from the film Saaho. The song is more about swag, but the choreographer has smartly given some of the most amazing moves to Jacqueline to showcase her dancing talent. Her fans are not left disappointed.

Sri Lanka takes objection to US ban on Army Chief