So today, let’s look at the list of movies that were adapted from books…

A love triangle that got tears in everyone’s eyes, Devdas, is based on 1917 Sarat Chandra Chattopadhyay’s novel with the same name. The book was adapted into a film multiple times, but Dilip Kumar starrer Devdas (1955) and Shah Rukh Khan starrer Devdas (2002) are two of the most remembered movies.

Devdas was not the only film that was based on a book written by Sarat Chandra Chattopadhyay. Vidya Balan’s Bollywood debut Parineeta was also an adaptation of Chattopadhyay’s novel which was titled Parineeta. Wasn’t it a beautiful film?

Not many would know that Aamir Khan starrer 3 idiots was also not an original film. It was based on the book titled Five Point Someone and the book was written by none other than Chetan Bhagat. With the success of 3 Idiots, a lot of books of Bhagat were adapted into a film. Find out more in the list down…

Sushant Singh Rajput, Rajkummar Rao and Amit Sadh starrer Kai Po Che is clearly one of the best films made on friendship in Bollywood. But let us tell you that it was also an adaptation of a book. The book was Chetan Bhagat’s The 3 Mistakes Of My Life. Bhagat was also involved in writing the screenplay of the film.

The list of Chetan Bhagat’s books being adapted into a film doesn’t end with Kai Po Che. We have 2 States here starring Arjun Kapoor and Alia Bhatt which was also an adaptation of Bhagat’s book with the same name. The film went on to become a super hit at the box office.

And finally, we have Arjun Kapoor and Shraddha Kapoor starrer Half Girlfriend. Once again a film adapted from Chetan Bhagat’s book with the same name. While Half Girlfriend wasn’t a big hit like 2 States, it reasonably did well at the box office.

Priyanka Chopra was fantastic in Vishal Bhardwaj’s 7 Khoon Maaf. She even won a few awards for her performance. But we are sure not many would know that the film was an adaptation of the book Susanna’s Seven Husbands by Ruskin Bond.

Aditya Roy Kapur, Katrina Kaif and Tabu starrer Fitoor was based on Charles Dickens’ novel Great Expectations. We went into the theatres with a lot of expectations, but when we came out we were disappointed with this Abhishek Kapoor directorial.

Now soon we are all set to witness one more movie on the big screen which is an adaptation of a book. We are talking about Sonam Kapoor and Dulquer Salmaan starrer The Zoya Factor. The movie is based on Anuja Chauhan’s book with the same name and we can’t wait to watch it on the big screen. 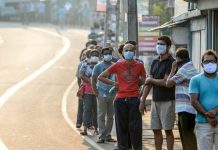 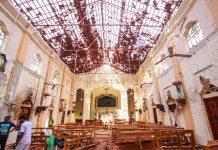 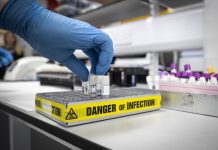