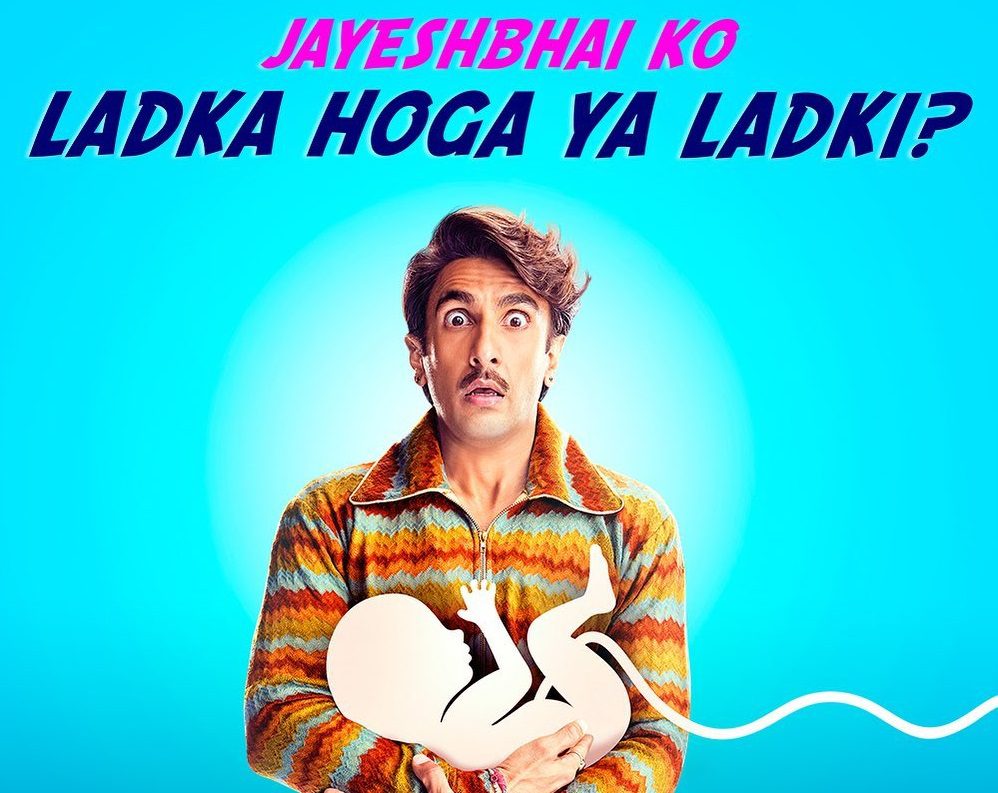 Yash Raj Films on Tuesday unveiled the trailer of their much-anticipated film Jayeshbhai Jordaar, starring Ranveer Singh in the lead role of a Gujarati man.

At the trailer launch event, Singh said that his character in the film is a role that Bollywood has never attempted before.

Jayeshbhai Jordaar deals with the social stigma of female foeticide in a quirky manner. The trailer shows Singh as a Gujarati man, living with his orthodox parents. He is married to Shalini Pandey and has a daughter.

His father, who is the village sarpanch (Boman Irani), and his mother (Ratna Pathak Shah), are hell-bent on having a grandson this time.

The trailer begins with a hilarious situation when the sarpanch hears a complaint about drunken men teasing girls outside a school. He blames it on fragrant soaps used by the girls, which apparently attract men.

So, when such a man comes to know that his daughter-in-law is going to deliver yet another daughter, all hell breaks loose. Jayeshbhai takes his wife and daughter and runs away from home to save his wife from the wrath of his parents.

The actor added, “My character is quick-witted and has his heart in the right place. The script is remarkable. You don’t find such films every day. It is a celebration of the human spirit that will fill you up from within.”

Directed by Divyang Thakkar, Jayeshbhai Jordaar is set to hit big screens on May 13, 2022.