Lasith Malinga emerged as the hero for Sri Lanka as the veteran pacer picked 4 for 43 to guide his side to a 20-run victory over bookmakers’ favourites England in a nail-biting World Cup game in Leeds on Friday (21).

Ben Stokes waged the fight for England by remaining unbeaten for 82 but England failed to keep their wickets together against a fiery Sri Lanka bowling line in a chase of below par 233 runs.

Lasith Malinga started unleashing mayhem on England batsmen since the first ball of the second innings as he removed Jonny Bairstow for a golden duck in the first over. Using all his experience under the belt, Malinga damaged England chase once having James Vince (14) caught at slip in the seventh over in a return of 2-27 from five overs.

Troubled by Lasith Malinga, England managed just 38 for 2 in the first ten overs – their fifth-lowest Powerplay score since the last World Cup.

Isuru Udana then claimed a return catch off a low full-toss to dismiss captain Eoin Morgan (21).

Thereafter, Joe Root and Jos Buttler took the charge for England before Malinga returned to petrify the hosts as he removed Joe Root (57) to finish his 50 wickets in Cricket World Cup. Playing his 4th World Cup and 26th World Cup game, Malinga became just the fourth bowler to take 50 wickets in the World Cup history.

The veteran Sri Lankan bolwer picked his 4th wicket in the form of Jos Buttler (10) with a pinpoint yorker to get Buttler LBW out to put Sri Lanka in a neck and neck fight with England.

After Malinga, Dhananjaya de Silva did his part by removing Moeen Ali (16), Chris Woakes (2) and Adil Rashid (1) in quick intervals as Sri Lanka took the control of the game.

Electing to bat first, Sri Lanka lost their opener Kusal Perera with just two balls into the game to Jofra Archer. Within 3 overs, Sri Lanka were reduced to 3 for 2 as Chris Woakes removed the other opener Dimuth Karunaratne to put England in command of the game.

After two early dismissals, Avishka Fernando, came to Sri Lanka’s rescue, but only for a brief period of time. Fernando smashed England bowlers left, right and centre to entertain the crowd but ended up playing a nothing shot to hand his wicket to Mark Wood.

Fernando holed out to Adil Rashid at the deep third man to depart for 39-ball 49.

Another middle-order man Kusal Mendis fought for a reeling Sri Lankan side but he, too, failed to last long against England’s spin attack. Adil Rashid first removed Kusal Mendis for 46 and then made it 2 for 2 by getting Jeevan Mendis in the next delivery.

Angelo Mathews thereon waged a lone battle for Sri Lanka, first, with his laboured 84-ball 50 and then with an unbeaten 85 to get his highest score of the tournament.

However, in the process of keeping the scoreboard ticking for his side, he lost Dhananjaya de Silva, Thisara Perera, Isuru Udana and Lasith Malinga in the last 10 overs as Sri Lanka could collect only 232 in their given 50 overs. 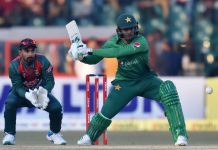 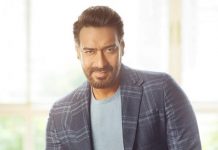 Ajay Devgn & S.S. Rajamouli set for yet another collaboration?