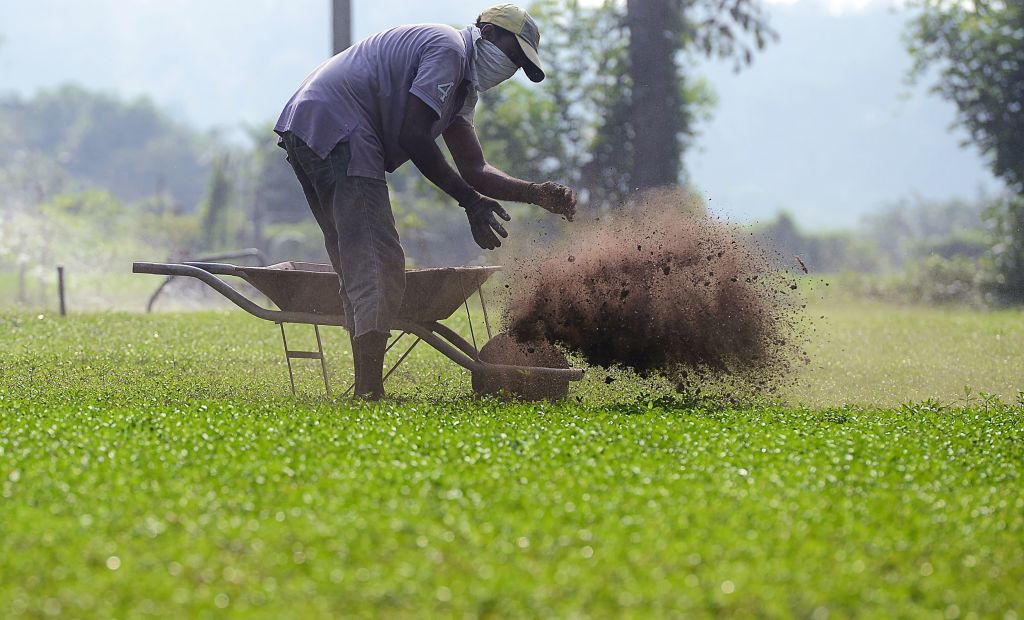 A Sri Lankan farmer applies fertiliser at a vegetable plantation in Horana South outside the Sri Lankan capital Colombo on October 25, 2017. The country halted a 96,000-ton shipment of fertiliser from China on September 29,2021. (Photo by LAKRUWAN WANNIARACHCHI/AFP via Getty Images)

In May, the government banned the import of chemical fertiliser, part of an ambitious drive to go fully organic.

The organic plant nutrients from China were meant to replace the phased-out chemicals during the main rice cultivation season, starting early October.

“The minister decided not to import the organic nitrogen fertiliser from China to be used in the ‘Maha’ (big) cultivation season,” the statement said.

“When we tested the fertiliser samples sent by the Chinese supplier, we found in them bacteria that is harmful to the soil,” it quoted the minister as saying.

The ministry said it would “focus on somehow providing fertiliser requirements of farmers”.

Officials said the cargo was ready to be shipped to Sri Lanka when the government decided to cancel the order, worth an estimated $42 million (£31m).

The government had offered subsidies to local farmers to produce their own compost, but they failed to meet demand – hence the Chinese imports, officials said.

President Gotabaya Rajapaksa came to power in 2019 promising subsidised foreign fertiliser, but did a U-turn arguing that agro chemicals were poisoning people.

His administration has denied that the ban on chemical fertiliser, herbicides and pesticides is because of a foreign exchange shortage, maintaining that it is committed to healthier agriculture.

It has halted other imports, including vehicles and spare parts.

Farmers of rice – the main foreign exchange-earning export commodity, along with tea – have warned crops could be halved without chemicals.

He said Sri Lanka’s food security had been “compromised” and that without foreign currency it was “worsening day by day”.