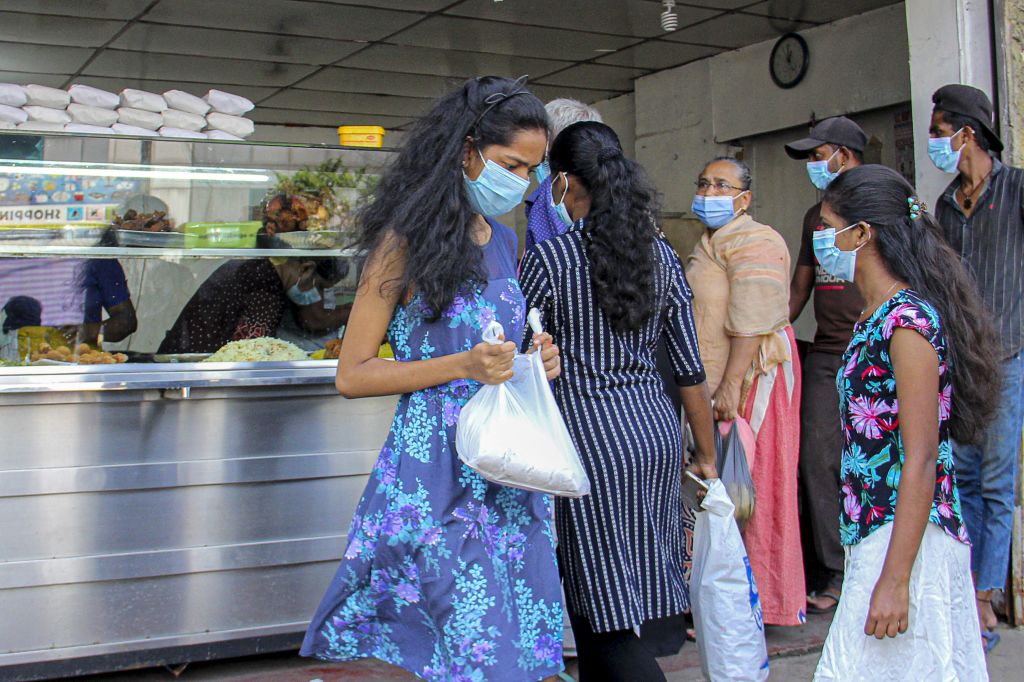 Sri Lanka’s census and statistics department said food inflation hit an all-time high in December on a year-on-year basis since the Colombo Consumer Price Index was launched in 2013. (Photo by STR/AFP via Getty Images)

SRI LANKA’S food prices rose by a record 22.1 per cent in December, official figures showed Saturday (1), as the country struggles to finance urgent imports to tackle an acute shortage of essentials.

The census and statistics department said food inflation hit an all-time high last month on a year-on-year basis since the Colombo Consumer Price Index (CCPI) was launched in 2013.

The price increase in December compared to a figure of 17.5 per cent in November, the previous record, the department said.

It added that overall inflation was also at a record 12.01 per cent in December, the highest since the CCPI index was launched.

President Gotabaya Rajapaksa in his New Year message expressed hope of reviving the cash-strapped economy but did not announce measures to address the crippling foreign exchange crisis.

“I am confident that the new year will provide an opportunity to further the steps taken by the government to pursue and overcome challenges and strengthen the people-centric economy,” he said.

International rating agencies have downgraded Sri Lanka and raised concerns about its ability to service its debt of $26 billion (£19.21 bn).

The latest inflation figures were released a day after the government increased the price of milk powder by 12.5 per cent following a similar rise in fuel prices last month.

The island’s tourism-dependent economy has been hammered by the pandemic and the government was forced to impose a broad import ban to shore up foreign exchange reserves.

Supermarkets have for months been rationing milk powder, sugar, lentils and other essentials as commercial banks ran out of dollars to pay for imports.

A top agriculture official warned last month of an impending famine and asked the government to implement an orderly food rationing scheme to avoid such a scenario. He was fired within hours of making the appeal.

Food shortages have been worsened by the government’s ban on agrochemical imports, which was lifted in November after widespread crop failures and intense farmer protests.

The central bank has appealed for foreign currency – even loose change – that people may have after returning from overseas trips.