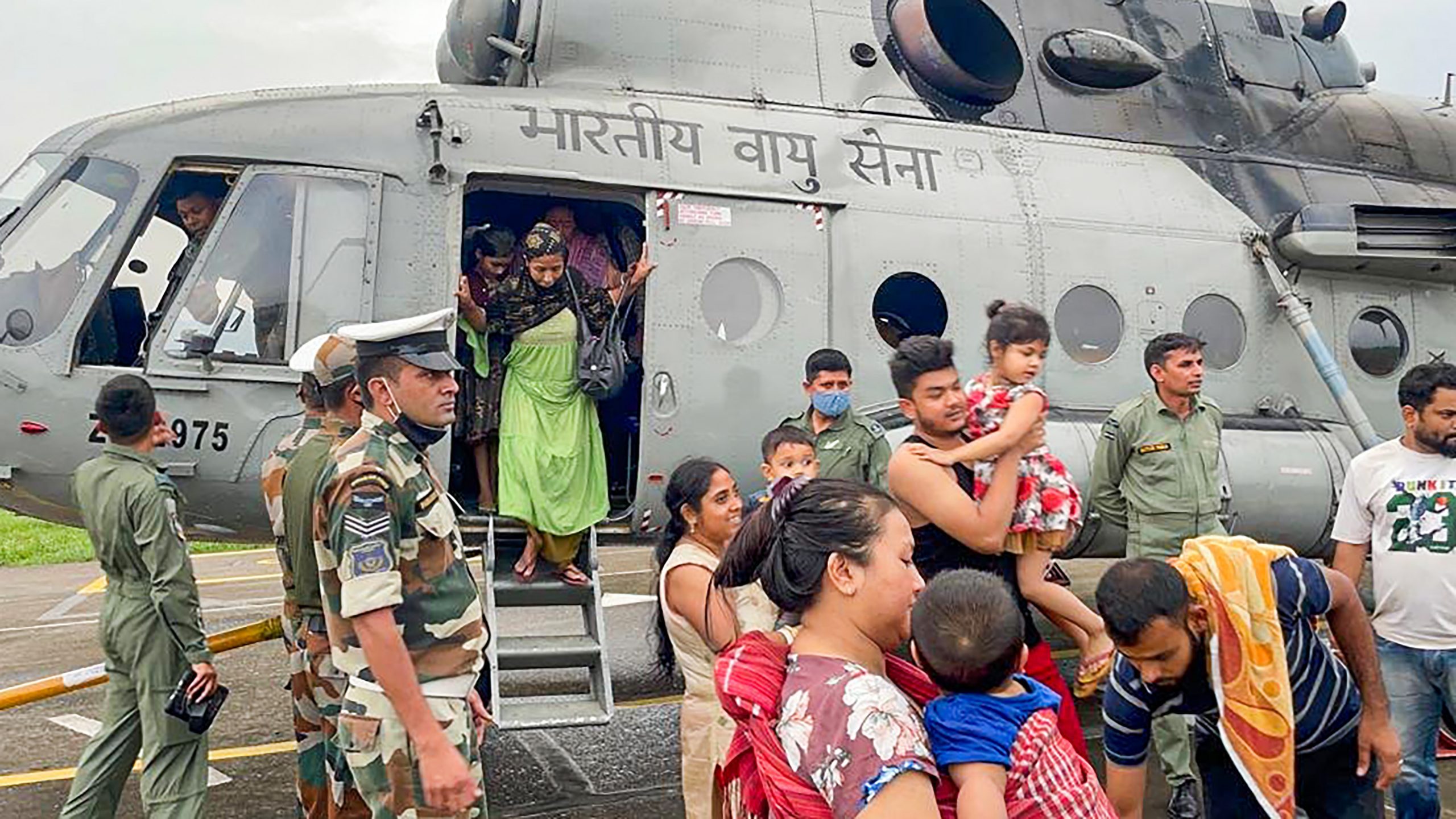 The death toll includes 47 in India alone where hundreds of thousands of people have been moved to relief centres.

In Bangladesh, about two million people have been marooned by the worst floods in the country’s northeast for nearly two decades.

At least 100 villages at Zakiganj were inundated after floodwater rushing from India’s northeast breached a major embankment on the Barak River, Mosharraf Hossain, the chief government administrator of the Sylhet region said on Saturday (21).

Many parts of Bangladesh and neighbouring regions in India are prone to flooding, and experts say that climate change is increasing the likelihood of extreme weather events around the world.

Every extra degree of global warming increases the amount of water in the atmosphere by about seven per cent, with inevitable effects on rainfall.

At least 47 people have been killed in India this week in days of flooding, landslides and thunderstorms, according to local disaster management authorities.

In Assam state, which borders Bangladesh, at least 14 people have died in landslides and floods.

Assam authorities said more than 850,000 people in about 3,200 villages have been affected by the floods, triggered by torrential rains that submerged swathes of farmland and damaged thousands of homes.

Nearly 90,000 people have been moved to state-run relief shelters as water levels in rivers run high and large swathes of land remain submerged in most districts.

West of Assam, at least 33 people were killed in Bihar state in thunderstorms on Thursday (19).

More than three dozen people were injured in the unseasonal weather events that damaged hundreds of hectares of standing crops and thousands of fruit trees.

There are also reports of light rains in the western Indian state of Rajasthan, bringing respite from the scorching heat which gripped the region since April.

In Bangladesh’s Zakiganj, people were seen fishing on submerged roads and some residents took their cattle to flood shelters.

Bus driver Shamim Ahmed, 50, said: “My house is under waist-deep water. There is no drinking water, we are harvesting rainwater.

“Rain is simultaneously a blessing and a curse for us now.”

All the furniture in widow Lalila Begum’s home was ruined, she said, but she and her two daughters were staying put, hoping the waters would recede within a day or two.

“My two daughters and I put one bed on another and are living on top of it,” she said. “There’s a scarcity of food. We’re sharing one person’s food and one meal a day.”

Floodwater has entered many parts of Sylhet city, the largest in the northeast, where another official said about 50,000 families had been without power for days.

Hossain, the chief administrator, said the flooding was driven by both rains and the onrush of water from across the border in Assam.

But officials said the broken embankment on the border at Zakiganj could only be fixed once the water level dropped.