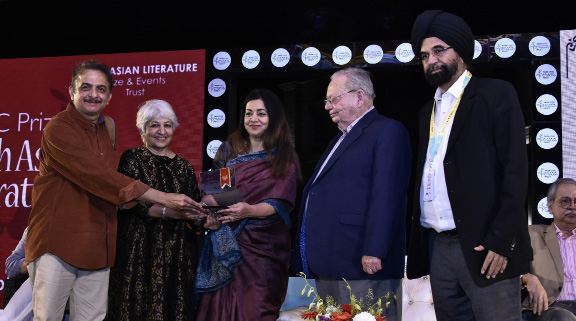 British philanthropist Surina Narula MBE has worked for over 25 years to change the lives of women and children.

She has also made a significant difference to South Asian literature and instituted the DSC Prize for South Asian Literature in 2010. The founder sponsor and festival advisor for the Jaipur Literature Festival, she has been able to use the prize to showcase South Asian writing talent globally along with rewarding them.

Eastern Eye caught up with Narula to talk about the DSC Prize, literary excellence, inspirations, aspiring authors and making a difference.

What inspired you to start the DSC Prize for South Asian literature?
There were several reasons. It all started at the Jaipur Literature Festival. We were the founder sponsors and attending it for a few years made us realise there was a lacuna in this space. My son Manhad who had just finished studying at the London School of Economics came up with the idea of this prize. We decided to name it after a company my father-in-law had started, which had his name in it. DSC prize stands for Darshan Singh – my father-in-law’s name. He educated himself by hiring a teacher in his later years. He started a business at 15 years old and was an inspiring man. Therefore, we chose the name and decided to give this prize.

How do you look back on the journey?
Personally, it has been a great journey. It has made me understand so much about South Asians having a lot in common. We have similar cultures and gender biases. We are connected by wars on religion and riots and poverty, with poverty being a common theme in most South Asian literature. I have travelled with the prize visiting many places, not on my tourism map. So it has been an enriching experience.

What has been the most enriching aspect of it for you personally?
Reading the best 15 books published in that year on South Asian literature and meeting the authors and jury members.

How has the annual prize evolved?
The prize was started at Jaipur and given there for the first two years. Then we started travelling to other literature festivals and decided to make it all over South Asia.

Tell us, is there any one winner who stands out for you?
Yes. Cyrus Mistry, who won the DSC Prize 2014 for his brilliant novel Chronicle Of A Corpse Bearer. I remember him mentioning that winning the prize really changed his life – he wasn’t keeping too well and could not afford to both work and write, but winning the prize allowed him to focus solely on his writing.

Have you seen an increase in the number of submissions?
It took time for the prize to become known within the publishing community, but once that happened, it definitely increased submissions. There is, of course, much more work to be done to get more entries from Afghanistan and Myanmar.

How vital is it to celebrate literary excellence?
Literature is a reflection of our culture. It makes us aware of a lot of nuances of culture that we don’t understand and judge and make fun of, causing harm. Thanks to the writers, these stories are told out. We must, therefore, reward excellence in this field, to enable these writers to become part of the mainstream and look forward to improving their work.

The other triumph is that you have bought various South Asian diaspora under one roof; was that a conscious decision?
Yes, of course. How else can we define the South Asian context, and in a way connect our neighbours, so that we celebrate each other’s similarities rather than fighting on our borders?

What are your future hopes for the DSC prize For South Asian Literature?
Our hope is to find literature from hidden provinces that seldom get read beyond that area. We hope to get many translations and award them.

Tell us, what key advice would you give aspiring authors?
Just be true to yourselves and tell a personal story that comes from your own observations and heart. Write it in a language you are proficient in, and, of course, find a translator if you want it to reach the world.

You are a philanthropist who has supported literature; what other causes are close to your heart?
Our main sponsorship and work have been for street children for 25 years. I am one of the founders of the Consortium for Street Children. I have also founded an award for Global Sustainability for TVE, an NGO working for environment in London. The award is given at BAFTA and is in its eighth year. We have held many events in London, also supporting the V&A museum for the exhibition of Sikh Arts and for building the memorial Gates (in memory of those who gave their lives from the South Asian subcontinent during the first and second world wars), in addition to events that bring a greater understanding to our South Asian culture. We have also founded Difficult Dialogues, a forum in Goa that works on improving policy in India.

How important is the issue of woman empowerment and what more can be done in that field?
Woman empowerment is one of the most important issues and lots of work needs to be done towards it. Our policy discussions last year focused on gender equality and we have created a policy document in collaboration with Brookings India. The fact that men need to change their traditional cultural thinking was one of the main findings.

Do you have a personal favourite book?
My all-time favourite is the Mahabharata by Ved Vyas. Every time I read it I learn a new aspect of human relationships. Reading about the main women like Draupadi and Kunti inspired me greatly.

You are an inspirational woman, but who is the woman who inspires you the most?
Among the historical women, my favourite is Florence Nightingale. She changed the way the entire medical system worked in England. She was alone among men trying to change the world and she succeeded in a big way. She designed the call bell system for nursing stations, and many other contributions that are just lost in history because she was a woman.

You are making a difference, but what advice would you give everyday people wanting to make a difference?
Just by using less water for your bath you can change the world. Making a difference doesn’t need much effort. Simply smiling for your own family can make them happier and spread the joy.

How do you balance work, family and philanthropic work?
I combine it all. My children, who are grown up men, worked at my events, so it was a family effort. My husband helps at Difficult Dialogues. I include art, theatre and books in my work because I live and love everything I do.

And finally, what inspires you?
Movies and television have come of age, and there are many masters with great inspiring drama that we can learn from and be entertained by. 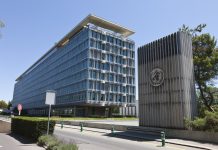