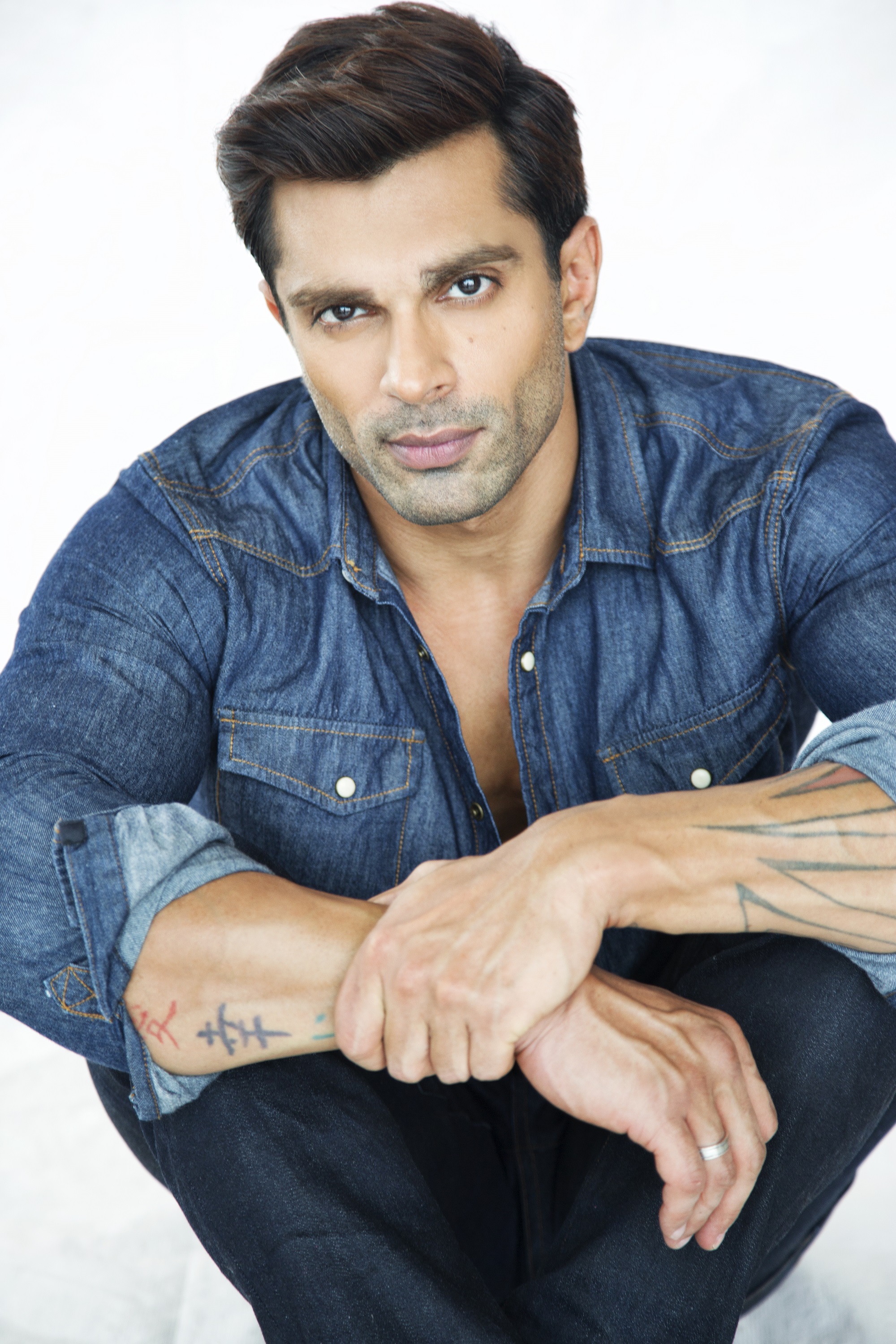 Who can forget the sizzling chemistry that Karan Singh Grover and Surbhi Jyoti shared in the first season of the successful ZEE TV show Qubool Hai? They stole millions of hearts as Asad Ahmed Khan and Zoya Farooqui respectively.

After a long gap, the duo returns to reprise their roles in Qubool Hai 2.0, a digital spin-off of Qubool Hai. The 10-episode series, which has managed to create a lot of excitement among the loyal fans of the television show, premieres today on March 12 on ZEE5.

Recently, Eastern Eye spoke to Karan Singh Grover over phone and tried to find out how different is Qubool Hai 2.0 from its predecessor, how was it reuniting with Surbhi Jyoti after so long, the platform which gives him immense satisfaction as an actor, and why television will always remain an important part of his life. Excerpts…

How different is Qubool Hai 2.0 from your successful ZEE TV show Qubool Hai?

It is quite different. Our characters Asad Ahmed Khan and Zoya Farooqui are the same, though. Zoya’s backstory and her family have changed, but her character is the same. My character and my family are the same. It is like the same characters in a different universe. It is a completely different world, I would say. Aside from our characters, there is nothing the same as before. It is a 10-episode series. We will be shooting the third season in the next few months.

In a nutshell, Qubool Hai 2.0 is a very different story – different from the first version of it. This time around, there is a lot of action, suspense, thrill, and romance. Basically, it has everything fans can ask for.

You quit Qubool Hai in 2013. How difficult was it for you to get into the psyche of that character again after a long gap of eight years?

To tell you the truth, I had worked so hard on that character that when I had to reprise it, I did not have to put in as much effort because it was already so well written. But, yeah, I had to learn how to shoot a rifle professionally. That was something I had to train for. Otherwise, I think I lived with that character for more than a year, so it kind of stayed with me.

While it is true that a large segment of the audience has shifted to streaming media platforms over the years, there are millions who still consume entertainment through television. How are they going to tune in to your show?

Very easily. They will tell their family members who consume entertainment of OTT to put it on TV so that they can also watch it. It is very simple. You know, the thing is that they will watch it on any platform. Today, everything is moving to digital space. All the channels have their own digital platforms. Even when I was working on Kasautii Zindagi Kay (2018-2020), the show was also being aired on Hotstar. People who use to prefer television, started watching it on Hotstar because they could watch it anytime and they did not have to wait for a particular time. The shift is happening rapidly. And I think it happened a lot last year because of the Coronavirus pandemic.

Where did you shoot Qubool Hai 2.0?

We shot it in Serbia and a few bits of it in Mumbai.

You are one of those actors who has explored all mediums, be it television, films or the digital space. Where are you satisfied more as an actor?

You are right, I am very, very lucky in many, many ways, especially as an actor. I think what satisfies me is my work and what I portray and what story I am telling. It does not really matter to me what platform I am on. For me, it is important that my heart connects with the hearts of all my audience. If I feel something, I would want them to feel it also. That’s the whole game. Whether they watch it on a digital platform, on television or in theatres is something that I do not really look into. I just want them to enjoy it.

The government of India has just introduced censorship for digital platforms. Do you feel there is any need to regulate digital content?

I don’t want to say anything on that because whatever I say, I’ll get into trouble. Moreover, there is no right answer to this question, hence I am not fielding it.

What are you watching on digital platforms?

Over the period of the Coronavirus-induced lockdown, a significant number of audiences moved to digital platforms. Do you think the trend is going to pose a threat to television and theatres in India?

Digital platforms are a threat to cinema viewing culture only till the time the virus is there and not beyond that. People who go to watch movies are not the people who are hungry for content. They are the people who enjoy the experience of going to the theatre. It is an experience that all film enthusiasts love. I am sure once the Coronavirus is out of our lives, people will start going back to theatres again.

As far as television is concerned, I think it will completely move to digital because every channel has its digital platform already. It allows the audience to watch content at their convenience, at any time. So, people who watch television don’t have to wait for a particular time; they can watch it anytime. They can watch as many times as they want. I feel it is the next phase of entertainment.

You have always kept yourself away from getting into the zone of typical saas-bahu dramas and focused on shows which are youth-centric and appeal to the younger generation. Was it always a conscious decision?

I was always looking for work that I could relate to. Somehow, the makers also did not see me in those types of roles. What would you call them? Typical family dramas. Though in real life I am somebody who does pooja every day and quite follow all the rituals in the household, I did not get into that zone of saas-bahu dramas. I always chose roles I could relate to and people saw me like that also. There was no conscious decision as such to stay away from anything but more of a decision to kind of move towards things that excite me.

With you focusing on films and streaming shows, is television going to take a backseat for you again?

I do not think that I ever left television. It has given me everything. It is a big part of my life. I owe a lot to it. I am always going to be somebody who loves TV, who is a TV person, and who has been an entertainer who started off on television. For a new actor, it is the best training school in the world.

How was it like reuniting with Surbhi Jyoti on Qubool Hai 2.0?

I am very fond of working with her. She is a brilliant actor. She does everything quite naturally. She is full of joy. She is bubbly and fun. She exudes good energy. We have been friends since Qubool Hai days. Though we were not in touch every day; we kept in touch on and off. It is enjoyable working with her. I hope she says the same good things about me (laughs).

Why should audiences tune into Qubool Hai 2.0?

They should tune into the show because Asad is there and so if Zoya. It has everything that they liked in the first version. We have also recreated some of the scenes which they loved. I am sure they will like it.