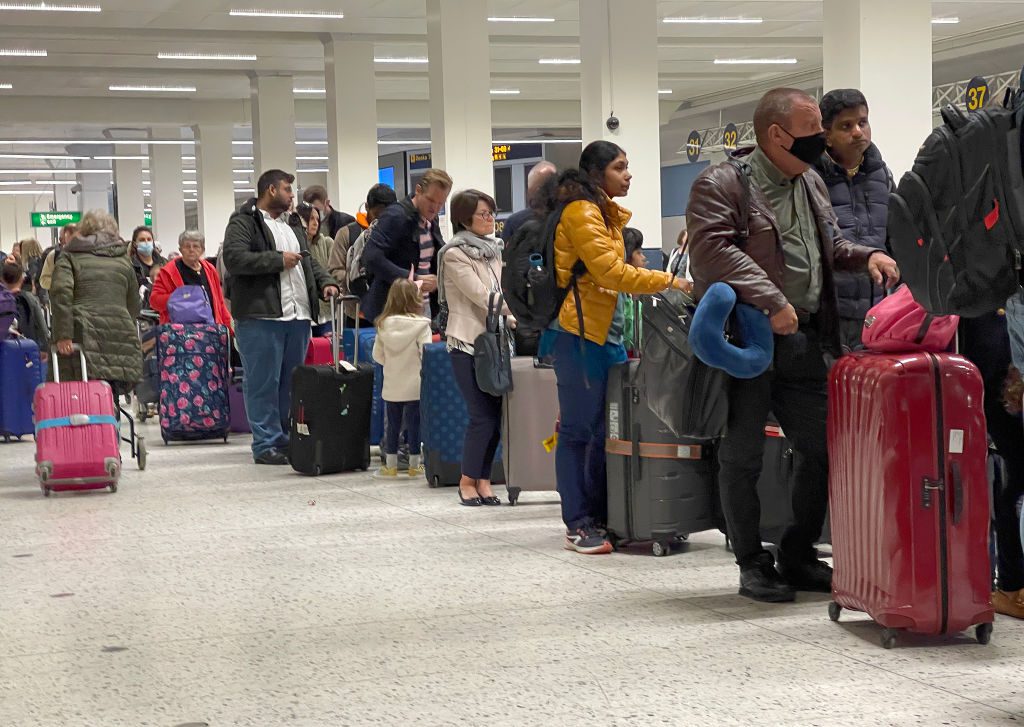 THE trade body for UK airlines warned home secretary Priti Patel in March that a lack of Border Force workers could spark massive passenger queues at terminals during Easter week, according to a media report.

Airlines UK in a letter to Patel last month said that urgent action was needed to prevent mayhem as summer schedules began in April. The letter suggested that Border Force – which is responsible for immigration and customs checks – had also raised concerns internally, reported The Telegraph.

The Easter getaway has been marred by dozens of flight cancellations and lengthy waits as passengers try to board their aircraft, driven by severe staff shortages at check-in desks and among flight crews.The government, however, blamed airlines and airports for the departure chaos.

“Border Force has signalled that the resourcing of the border this summer is expected to be ‘challenging’ and ‘bumpy’ as passenger numbers increase. Avoiding a travel season marred by scenes at airports that were too common pre-pandemic, with immigration queues of more than two hours at key gateways broadcast around the world, must be a priority,” the latter said.

But, the Home Office said its number one priority was maintaining a secure border. Recently, a row erupted between easyJet and the government over delays to vetting checks.

EasyJet chief Johan Lundgren said that around 100 new members of staff were awaiting clearance from authorities to begin work. But last night the Cabinet Office spokesman said: “There are absolutely no delays to security vetting of applicants.”

The Telegraph report added that protests by Extinction Rebellion at fuel depots threaten to pile even more misery on holidaymakers hoping to fly abroad this Easter.

Aviation industry leaders held crisis talks with government officials late last week after Birmingham Airport scrambled to avoid running out of aviation fuel. Jets were asked to land at the airport with extra supplies so that they did not need to refill following the obstruction of deliveries at a nearby depot.

The report further said that airline and airport representatives held fresh talks with Border Force officials amid concerns over the return of holidaymakers from their Easter break.

Border Force staff were reassigned from airports to deal with other issues such as the English Channel migrant crisis during the pandemic after most flights were grounded due to travel restrictions.

According to The Telegraph, long queues at airports showed no signs of abating as operators struggled to cope with large numbers of passengers, many of whom were going abroad for the first time in two years. More than 1,000 flights have been cancelled since the start of the Easter school holidays.

“We are working closely and productively with all parts of government to ensure we have the right levels of resource across the sector, including at the border. We knew things would be bumpy for the travel sector ramping up its operations from virtually nothing and are working hard to ensure things are back to normal as quickly as possible,” a spokesman for Airlines UK told The Telegraph.

A spokesman for the Home Office told the newspaper: “Those travelling in and out of the UK over the busy Easter period may face longer wait times than usual due a high number of passengers and as we ensure all passengers are compliant with the security and immigration measures put in place to keep us safe.

“Border Force’s number one priority is to maintain a secure border, and we will not compromise on this. We are mobilising additional staff to help minimise queuing times for passengers and will continue to deploy our staff flexibly to manage this demand.”

Meanwhile, Birmingham Airport insisted the fuel shortages had not led to cancellations.