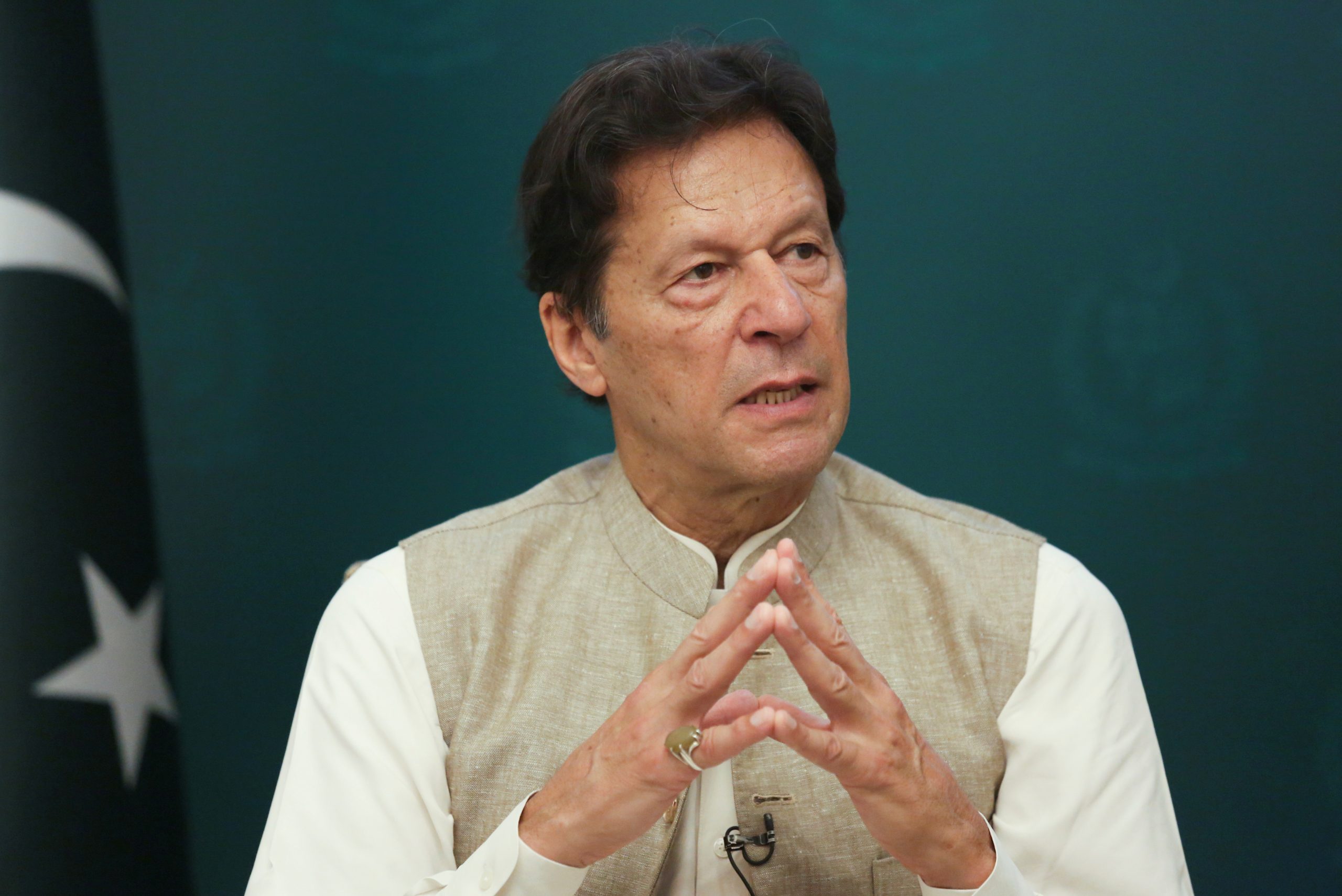 Pakistan Tehreek-e-Insaf party lawmaker Attaullah has threatened Shehbaz Sharif government to carry out a suicide attack if even a “single hair strand” of party Chairman Imran Khan’s head is harmed, adding that his partymen are ready to carry ‘suicide attacks’.

“If a single hair on Imran Khan’s head is harmed, then those running the country be warned: Neither you nor your children will remain. I will be the first to carry out a suicide attack on you, I will not let you go. In the same way, thousands of workers are ready,” Attaullah said in a video posted on Twitter.

This statement by a PTI lawmaker came amid rumours of a plot being hatched to assassinate former Pakistan Prime Minister Imran Khan, the Islamabad police department on Saturday night beefed up the security and a high alert was sounded in adjoining areas of Bani Gala in the city.

Section 144 has already been imposed in Islamabad and gatherings have been banned, the Islamabad police spokesperson said on Saturday.

“In view of the expected arrival of Pakistan Tehreek-e-Insaf (PTI) Chairman Imran Khan in Bani Gala, which is a residential area located in Islamabad, security in the area has been beefed up and a high alert has been sounded. However, until now Islamabad Police has not received any confirmed news of return from Imran Khan’s team,” Islamabad Police tweeted.

“Security Division has deployed dedicated security in Bani Gala. A list of people in Bani Gala has not been provided yet to Police. Section 144 is imposed in Islamabad and any congregation is not allowed as per orders of District Magistrate,” it said.

“Islamabad Police will provide complete security to Imran Khan as per the law and reciprocal cooperation is expected from Security teams of Imran Khan as well,” the police added.
Hassaan Niazi, nephew of Imran Khan said that if anything happens to the Pakistan Tehreek-e-Insaf (PTI) chief, the act will be treated as an attack on Pakistan.

“Anything happens to our leader Imran Khan, will be treated as an attack on Pakistan. Response will aggressive – the Handlers will also regret,” Hassaan Niazi, nephew of Imran Khan said.
In April, Fawad Chaudhry had said that the securities agencies of the country have reported a ‘plot’ for the assassination of Pakistan Prime Minister Imran Khan.

“After these reports, the prime minister’s security has been beefed up as per the government’s decision,” he was quoted as saying by the Pakistan newspaper Dawn.

He further said that Khan was advised to use bulletproof glasses during his rally at Islamabad’s Parade ground. “But as always and as usual, he said my [death] will come when Allah wills. Don’t worry about it,” Vawda was quoted as saying by Dawn.

Later the same month, after the PTI government’s ouster, the Lahore deputy commissioner had cautioned the party against going ahead with a rally in the city and had advised Imran to address the gathering virtually in light of “severe threat alerts”.

The former Prime Minister had reiterated, on May 14 that his life was in danger and that he had recorded a video in which he had taken the names of all those who conspired against him since last summer, owing to which Prime Minister Shehbaz Sharif had directed the relevant authorities to provide foolproof security to Imran Khan the next day.