What’s next for Pakistan after Imran Khan’s ouster? 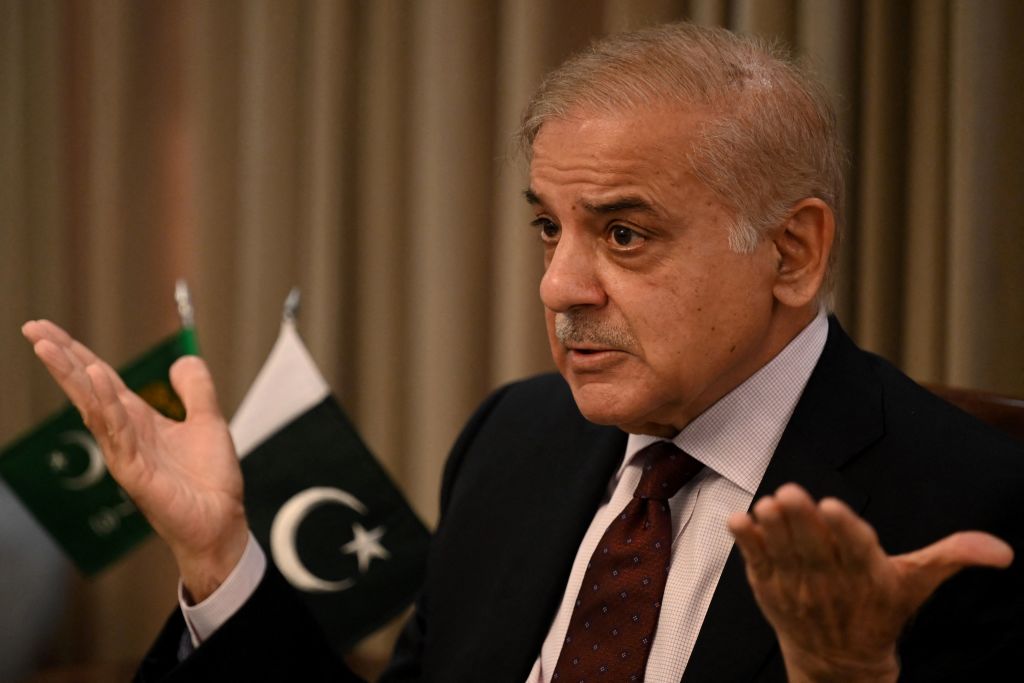 A PROTRACTED political drama in Pakistan turned a page on April 10, with prime minister Imran Khan being removed from office following a vote of no confidence in the country’s Parliament.

He was replaced by opposition leader Shahbaz Sharif. But that is unlikely to be the end of political turmoil in Pakistan, a nuclear nation that is home to some 220 million people.

The Conversation asked Pakistani American scholar Ayesha Jalal, professor of history at Tufts University, to explain what is going on in Pakistan.

After various attempts to stay in power, Khan has finally been voted out. A no-confidence vote was first submitted as a motion by Pakistan’s opposition parties on March 8 but was delayed repeatedly as Khan tried to cling to power.

On April 3, the National Assembly was supposed to vote. But instead, Khan’s newly appointed law minister made a statement to Parliament alleging a foreign conspiracy aimed at dislodging the government, accused the opposition of treason and filed a motion with the deputy speaker to abandon the no-confidence vote. Khan then dissolved the National Assembly and called for early national elections.

Opposition lawmakers lodged a petition challenging Khan’s gambit, and the Supreme Court decided that blocking the no-confidence vote was unconstitutional.

The vote went ahead on April 10, resulting in 174 members – out of a total of 342 – supporting the no-confidence motion, resulting in Khan’s removal from power. But that doesn’t end the political mess. More than 100 members of Parliament loyal to Khan have since resigned and walked out of Parliament in protest.

The basic charge against Khan is mismanagement, especially in Punjab – Pakistan’s second-largest province in terms of area and its most populous.

Khan came to power in 2018 promising a “new Pakistan” and an end to the corruption that has for decades been part of Pakistan’s politics. But he has failed to live up to that promise. Khan’s appointed chief minister in Punjab, Usman Buzdar, has been accused of widespread corruption, taking bribes and receiving money in return for making bureaucratic appointments. Even members of Khan’s Pakistan Tehreek-e-Insaf (PTI) party have broken with the prime minister over his backing of the now outgoing Punjab chief minister.

On top of this, Khan has been criticised for his handling of everything from the pandemic to soaring inflation in the country.

Shahbaz Sharif for a long time had been the chief minister of Punjab, and the general perception is that he was an effective administrator there. He comes from a political family – his older brother Nawaz Sharif served as prime minister of Pakistan on three separate occasions. And like his brother, who has been convicted of corruption and is banned from public office, Shahbaz has faced allegations of cronyism and corruption. But this is not unusual in Pakistani politics, where opposition leaders tend to face such charges. Nothing has been proved in court against younger Sharif.

Sharif has come into office making a number of populist promises, offering relief to hard-pressed Pakistani families, such as a raise in the minimum wage.

It looks likely that Pakistan will be heading to an election. But before dissolving Parliament – after which, constitutionally, an election has to be held within 90 days – Sharif will likely want to do a number of things including passing a budget and securing a loan from the International Monetary Fund in a bid to stabilise Pakistan’s economy.

But stability might not be easy if there is further political unrest. And Khan has indicated that he wants to take this to the streets.

So we might have months of political turmoil followed by a bitter election.

The danger is that Khan will not accept an election loss. The now-former prime minister is a superstar with a massive ego and a loyal base of support. You have to remember he was a superstar before he was prime minister, having been the captain of the country’s national cricket team and a global jet-setter. It’s not an exaggeration to say that Khan is a legend to many Pakistanis, and he will be trying to mobilise his supporters in street protests.

If he fails to recognise an election defeat and a political crisis becomes a law-and-order issue, the army – never far away from Pakistani politics, and seemingly out of patience with Khan – might decide enough is enough and move in.

That said, there is little appetite among the population for a military dictatorship.

Khan has fallen back on a tried-and-tested tactic in Pakistani politics: Blame the United States.

He claims to have been unseated by a foreign conspiracy aimed at forcing him from power. And it is America, Khan says, that was really behind the no-confidence motion filed by opposition lawmakers.

He accused US assistant secretary of state Donald Lu of being involved in the plot to overthrow his government, suggesting that Lu had warned Pakistan’s ambassador in Washington that there would be implications if Khan survived the no-confidence vote.

The US has dismissed this claim, and Khan has offered no evidence to support it. But he is tapping into a popular trope in Pakistan that the US is up to something. Anti-Americanism flies in Pakistan.

Khan believed that his relationship with former US president Donald Trump was rather good. But relations chilled under current president Joe Biden. Khan was critical of the Biden administration over the pullout of US troops from neighbouring Afghanistan.

He has meanwhile found it convenient to frame himself as someone long opposed to America’s drone programme, which targeted purported terrorist sites in the northeast of the country but is responsible for hundreds of civilian deaths in parts of Pakistan.

That said, the Pakistani military is still overwhelmingly dependent on the US, and as such Pakistan’s generals will want to maintain some semblance of good relations with Washington.

But at the top level of politics, it is fair to say relations with the US have not been good – “terrible” was the word Khan used in a 2021 interview. It wasn’t helped by the perception held by Khan that his government has been snubbed and ignored by Biden.

Khan certainly has a base of support that is very loyal. But it isn’t clear whether it outweighs that of the other parties put together – and a coalition of opposition parties could gain enough seats to oust Khan in an election. Indeed, Khan never governed with a large mandate – his party did not win a majority of seats in Parliament and required the support of smaller parties. And his own members have been disavowing him in light of the recent events. I also doubt many people in Pakistan are buying the conspiracy that it was the US that toppled him.

He will also find it difficult to win Punjab given the mismanagement that he is blamed for there. And without Punjab, you can’t run Pakistan.