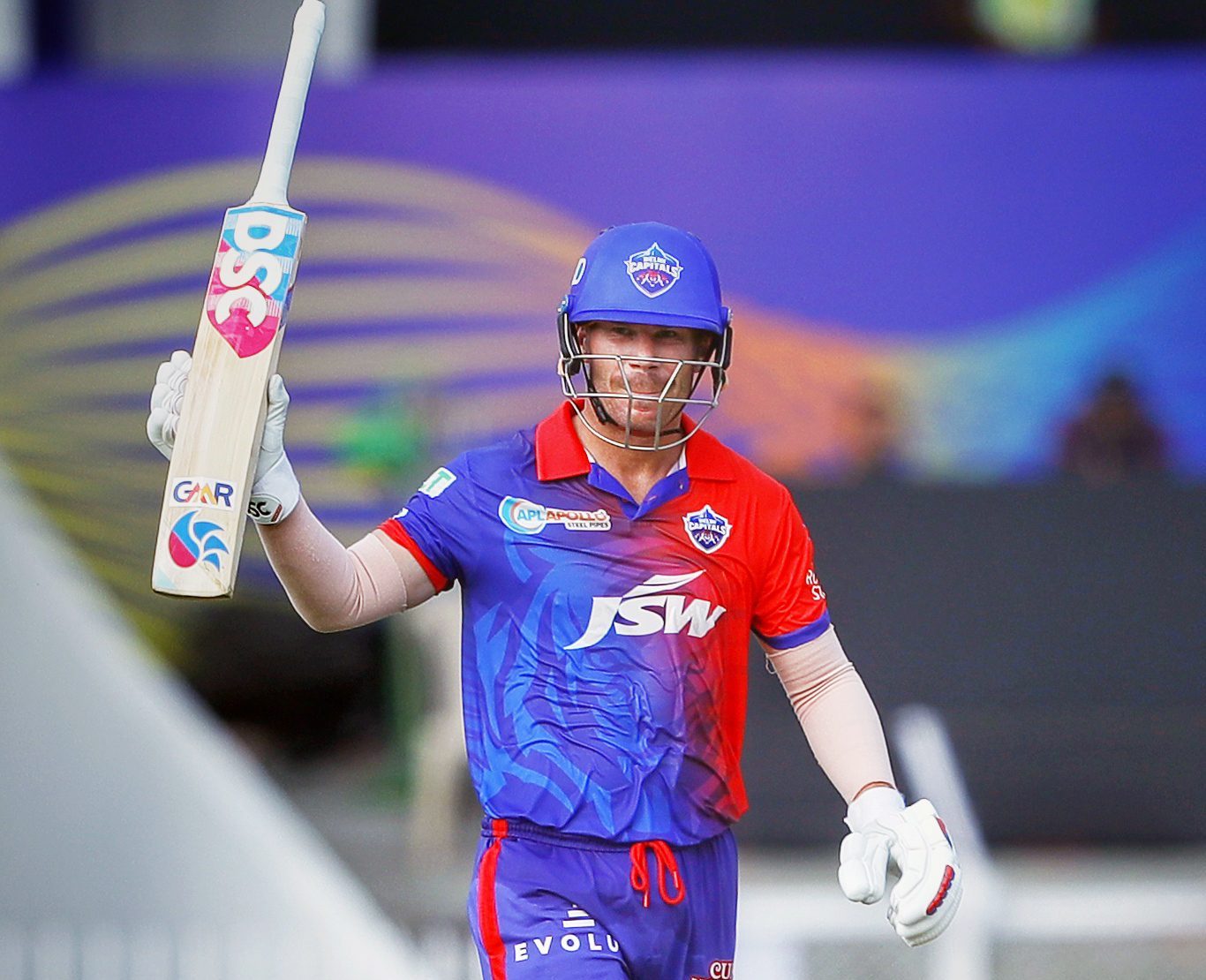 David Warner and Prithvi Shaw hit attacking half-centuries to set up a convincing 44-run win for Delhi Capitals in the Indian Premier League match against Kolkata Knight Riders on Sunday.

The left-right opening pair of Warner (61) and Shaw (51) put on 93 runs to lay the foundation for Delhi’s 215 for five — the highest total of the season so far — in the first match of the day in Mumbai.

Left-arm wrist spinner Kuldeep Yadav then returned figures of 4-35 to help bowl out Kolkata for 171 in 19.4 overs in the IPL Twenty20 tournament.

Shaw raised his second successive half-century in 27 balls to get Delhi off to a flier but soon fell to mystery spinner Varun Chakaravarthy.

Warner, the swashbuckling Australian batter who was picked by Delhi for $826,000 in the February auction, kept up the charge and reached his fifty with a six off Andre Russell.

Warner said he is “absolutely loving” his time with Delhi Capitals, who are coached by Australian great Ricky Ponting and looking for their maiden IPL title.

“He is a like a father and a big kid to be honest,” Warner said of coach Ponting. “Obviously he has got lot of respect, great knowledge about the game. He is a great coach. Everyone’s happy to be underneath him.”

Warner finally fell to pace bowler Umesh Yadav but Axar Patel (22) and Shardul Thakur (29) steered the team to the big total with an unbeaten stand of 49 off 20 balls.

In reply, Kolkata lost early wickets with pace bowler Khaleel Ahmed sending back openers Venkatesh Iyer, who made 18 off eight balls, and Ajinkya Rahane, who struggled to get eight, in his first two overs.

Skipper Shreyas Iyer, who smashed 54, and Nitish Rana, who hit 30, attempted to rebuild with a partnership of 69 but the Delhi bowlers hit back and rattled the opposition batting.

Kuldeep got Shreyas stumped after the captain’s 33-ball blitz and Khaleel sent back Sam Billings out for 15.

Kuldeep in his fourth over struck thrice including two on successive deliveries and finished with a superb diving catch off his own bowling to send back Umesh for nought.

Thakur wrapped up the Kolkata innings as he got Russell out for 24 and Rasikh Salam for seven.