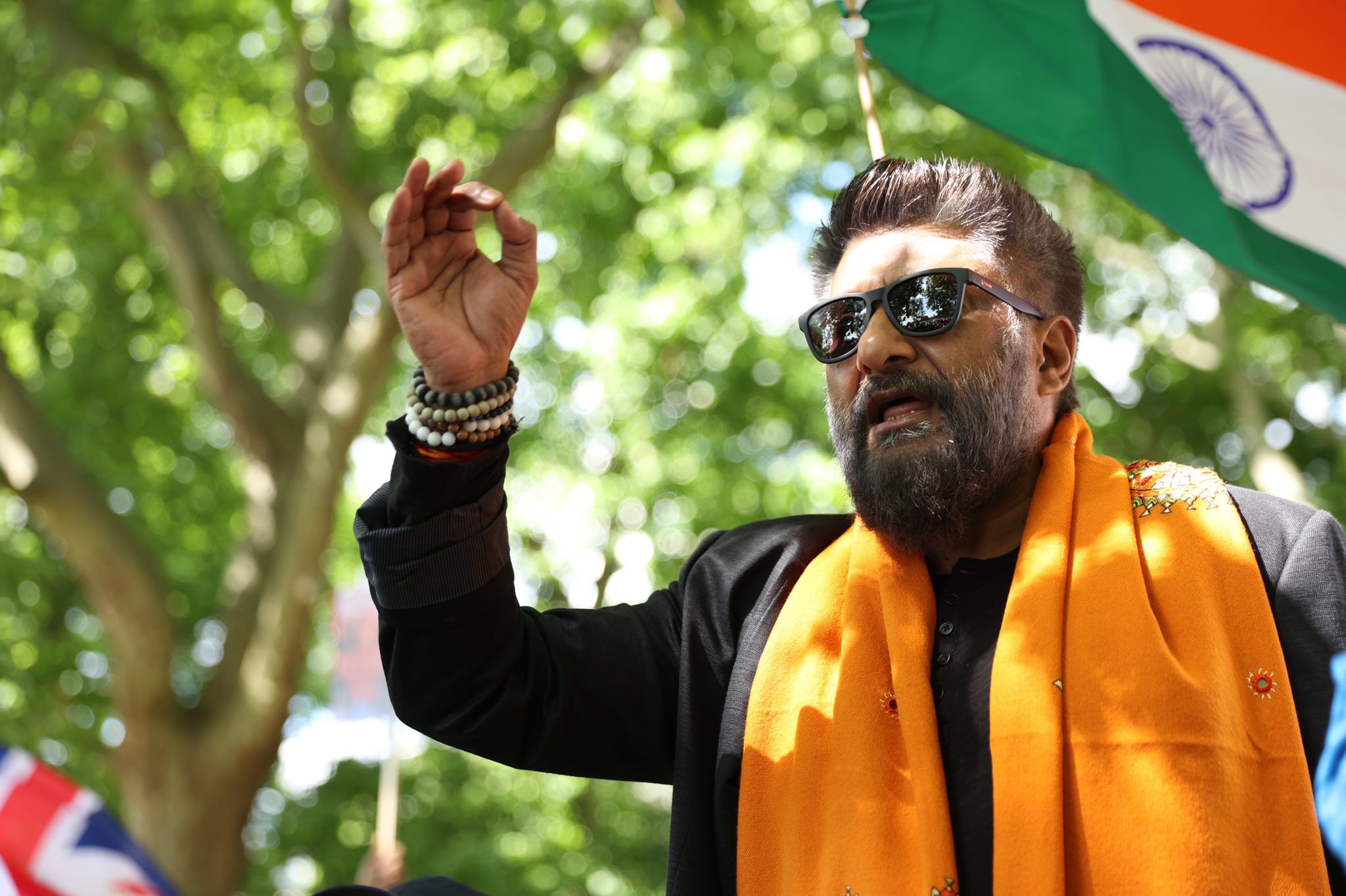 INDIAN film director Vivek Agnihotri has urged Hindus to be united and spread the peaceful message of Dharma during his humanity tour in the UK, according to a report.

While speaking at the Speaker’s Corner at Hyde Park in London, the director of The Kashmir Files said that when Indians found freedom, we shared that with everyone and gave equal rights to all despite being pillaged by foreign rulers for nearly a thousand years, reported the India Narrative portal.

He also stressed on globalising the liberal and secular ethos of the Hindu community.

During his speech, he appealed to the people to take a pledge to combat terrorism and spread the message of Dharma across the world.

According to the report, Agnihotri and his actor wife Pallavi Joshi came to Hyde Park in London accompanied by bodyguards. There was tight security as he had been threatened by radical groups over the making of The Kashmir Files.

Agnihotri said: “Everybody is advising me to be scared of them. Everyone told me not to make the film because Hindus cannot be victims of riots in India. Our voice has been silenced through intimidation and by global institutions”.

Agnihotri commented that the Hindu civilisation stayed because it is the longest and the oldest civilisation, and is the only surviving civilization in the world.

“See the power of our film. Suddenly we have become united. The West should be told that we do not commit genocide. We do not break the spiritual centres of other religions. We do not brainwash our children,” he added.

An organiser told the India Narrative, “We are here for the cause of India and for upholding the freedom of speech. We should talk about the atrocities in Kashmir. These should be researched”.