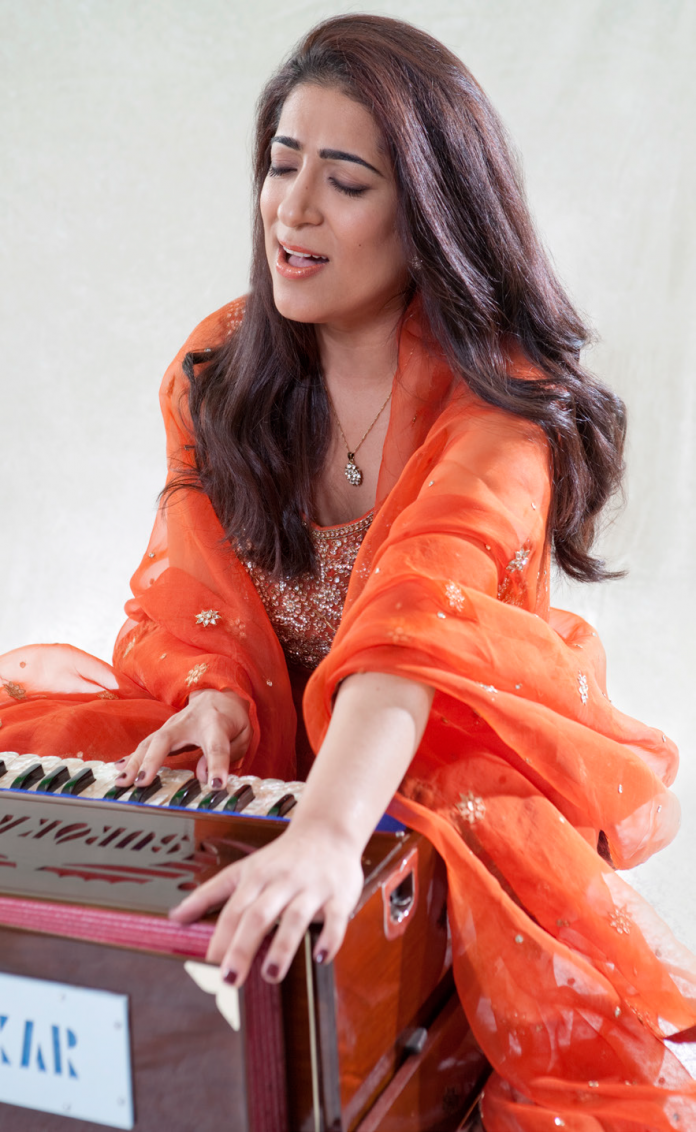 Versatile singer Unnati Dasgupta is at her best in front of an audience.

The artist can effortlessly perform in a variety of genres ranging from Indian classical to soulful English language songs.

She is about to release her debut album Indigo Soul and will add to her impressive list of live performances with concerts in the coming months, including one on August 23 in London.

Eastern Eye caught up with Unnati to talk about music and performing live.

What was your first professional live performance like?
I am from a musical family. My father was an Indian classical vocalist, Nitai Dasgupta, who learned from Ustad Amir Khan in Kolkata. My childhood was filled with music performances and recordings in India with my father. Our house was busy with famous artists and my father’s students. My earliest memory was performing at the Hare Krishna Mandir for Janmashtami in front of 3000 people. My father had performed at most venues around Europe, so I grew up touring with him. I’ve grown into being a professional artist and realised the gift that music brings to my life. It’s incredibly healing for me to sing and perform.

How much does performing in front of an audience mean to you?
I love performing and interacting with a live audience. There is a certain buzz you feel from being a live performer and it is an experience that exhilarates you.

Please tell us about your forthcoming performance?
I’m performing at the beautiful Pizza Express Jazz Club, The Pheasantry in Chelsea, London on August 23 with my jazz trio and showcasing songs from my forthcoming album, Indigo Soul with a Sufi and jazz repertoire. I will bring my unique Indo-Jazz sounds to the venue for the first time.

Do you ever get nervous before going on stage?
I used to get incredibly nervous when I was performing as a child, but nowadays, I cultivate a daily meditation and yoga practice, so I am very relaxed before I go on stage. I’ve learned to be more confident and relaxed as I’ve grown into being a solo artist.

You are versatile, but which genre do you prefer singing live?
My favourite south Asian genre of music is spiritual music such as Sufianna, bhajan and shabad where I bring in my heritage and training in Indian classical music. In essence, my music is a cross genre, ranging from Indian classical, spiritual, jazz and pop. Of late, I’m enjoying writing more English pop songs with Indian classical nuances. I have eclectic taste and that influences all my music.

Which classics by other artists do you like singing?
I love singing songs, which come from the heritage and tradition within a contemporary context. We have a strong heritage in the Indian subcontinent, musically and spiritually. I’m blessed to have had training in Indian classical music, but aim to make that accessible to a wider audience. I love singing Sufi, bhajan, classical and find inspiration from artists such as Nusrat Fateh Ali Khan, Abida Parveen, Fariha Parvez, Hina Nasrullah, Sanjeev Abhyankar, Hariharan and Shankar Mahadevan. I find Sufi and folk music on Coke Studios Pakistan an interesting mix of tradition with contemporary arrangement musically, and I aim to do this when producing my music too.

What is the best musical advice you have received?
Never give up and persistence pays off. It certainly has in my case. I’ve been singing for over 20 years and in that time I’ve performed, recorded and lent my voice to film, albums and exciting projects I’d never have imagined possible.

Musically, what can we expect next from you?
I’m about to release my debut album Indigo Soul in Autumn this year. I’m performing at the Barbican with the Darbar Festival on October 13 and at the London Jazz Festival on November 24.

Today, what inspires you?
I am inspired by music, spirituality and nature – aspects of life that cultivate inner peace into this somewhat chaotic world. Music is my biggest inspiration. I am constantly listening to a wide array of music, which inspires me.