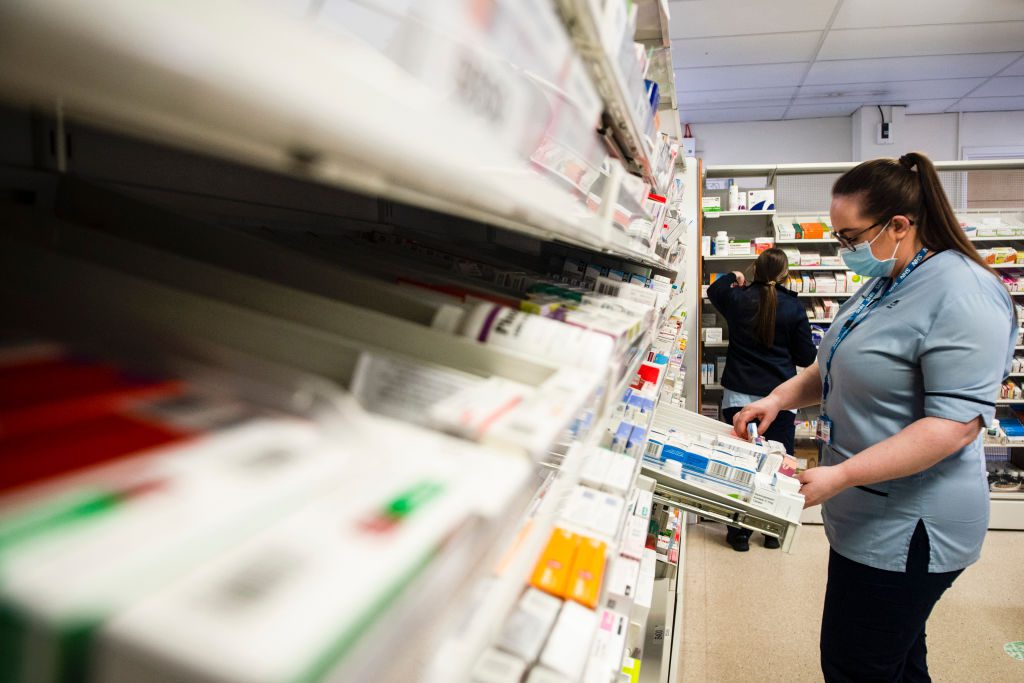 ENGLAND’s most senior doctor has said that doctors must stop prescribing ‘a pill for every ill’ as patients will develop side effects in the future, according to a report.

According to him, better monitoring and drug reviews are needed to ensure patients are getting only the medicines they really need.

The report added that ten per cent of all GP prescriptions are unnecessary, or about 114 million drugs are dispensed needlessly each year.

More than eight million adults take at least five pills a day, with thousands ending up in hospital owing to the harmful side effects of the inappropriate medication.

Sir Stephen, the NHS medical director, said that the problem worsened during the pandemic as a lack of GP access meant patients had fewer medication reviews.

“With figures suggesting around 10 per cent of prescriptions are not needed, and the pandemic undoubtedly having an impact as people have spent long periods of time at home, reducing unnecessary prescriptions which can increase the risk of harm and cause unwanted side effects is more important than ever,” he was quoted as saying by The Times.

Last year 1.14 billion items were dispensed by community pharmacists in England after prescriptions from GPs or nurses — a 3 per cent rise from the year before.

Commonly over-prescribed medications include statins and drugs that lower blood pressure, both of which can be replaced by lifestyle changes. Cognitive behavioural therapy can serve as an effective alternative to Zopiclone, a sleeping tablet prescribed 417,000 times a month.

Elderly patients are the worst affected by overprescribing, and one-third of over-80s take more than eight medicines.

Using so many pills can have catastrophic side effects when the drugs interfere with each other, while other common medications such as blood pressure pills increase the risk of falls.

Figures suggest that one in five hospital admissions for over-65s are caused by the adverse effects of medication. Admissions caused by side effects cost the NHS £2 billion a year, The Times report added.

The medical director added that the NHS is rolling out expert pharmacy teams across the country who can give advice to patients so that the health service can make the best use of resources while maximising other treatment options too.

“Importantly, cutting unnecessary prescriptions could also save millions of pounds which could be reinvested into NHS care.”

NHS guidelines state that patients should have medication reviews at their GP surgery at least once a year. However, many overstretched GPs struggle to find the time to fully assess a patient’s medication or give them advice on how to stop taking pills.

Pharmacists and medical bodies will join the campaign, Beyond Pills, to curb the “overprescribing epidemic”.

They say social prescribing — such as sending patients for gardening or art classes as an alternative to anti-depressants — should be embedded in medical training.

A study led by Dr Keith Ridge, former chief pharmaceutical officer for England, said this would have benefits “comparable to a new blockbuster medicine”.

Dr Michael Dixon, chairman of the College of Medicine, said that medicine, as we know it, is no longer affordable or sustainable.

“Many older people live with multiple and complex health problems and too often the option they’re given is to take increasing amounts of medication,” Caroline Abrahams, head of Age UK, told The Times.

“This can happen over many years leaving older people taking excessive amounts of drugs with little regard given to whether or not they are actually improving their lives. “Prescribing too much medicine also means that older people are less likely to take them properly causing even more harm and reducing their chance of staying well.”