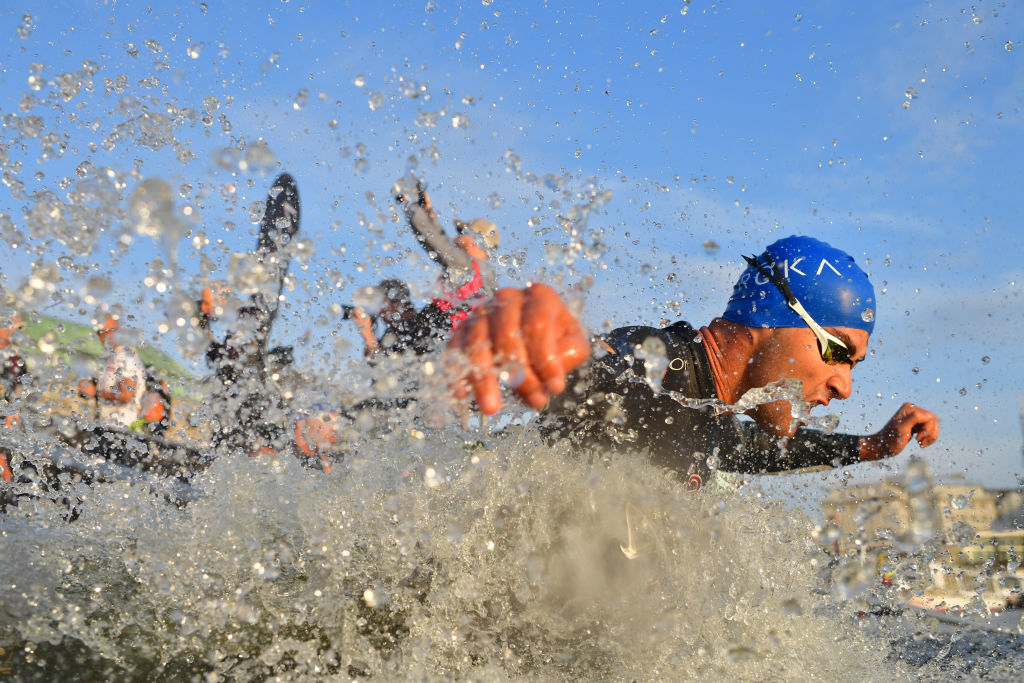 HAMBURG, GERMANY – JULY 28: Athletes participate in the swim leg at the IRONMAN Hamburg during early morning on July 28, 2019 in Hamburg, Germany. (Photo by Alexander Koerner/Getty Images for IRONMAN)

Transgender women will not be able to compete against athletes born female in triathlon events in Britain from the start of next year but will instead take part in a new open category, British Triathlon announced on Wednesday.

The female category in competitions at the elite and grassroots level from the age of 12 up will be open solely to athletes who are “female sex at birth”.

Transgender athletes will compete alongside male and non-binary athletes in the open category.

“We started this process at the end of 2021 and went through a period of independent consultation earlier this year to explore options for categorisation into triathlon competition in Great Britain,” said the federation in a statement.

“This ensured that along with the latest research, we heard from our community, key groups and individuals about their views and experiences.”

The decision makes the federation the first in the UK to include trans athletes in a competitive open category, rather than one separate from the male and female categories.

It follows on from swimming’s world governing body FINA saying last month that any athlete who had undergone male puberty would be barred from its elite female events.

“It would be conceited of us to say there isn’t a little bit of trepidation, but we firmly and passionately believe in doing what’s right for our sport, not necessarily what’s easy, or even what’s popular,” said British Triathlon chief executive Andy Salmon.

“We recognise some people might disagree with this policy… But we think it’s the right thing to do.”

Salmon said the new policy, which is due to come into force on January 1, was “legally robust” based on the advice the organisation had received.

“In sport, inclusion should always be the starting point,” said a group spokesperson.

“Everyone deserves to benefit from the sense of well-being and community that sport brings — and that includes trans people.”

World Triathlon is currently reviewing its guidelines, which will be submitted for board approval in November.