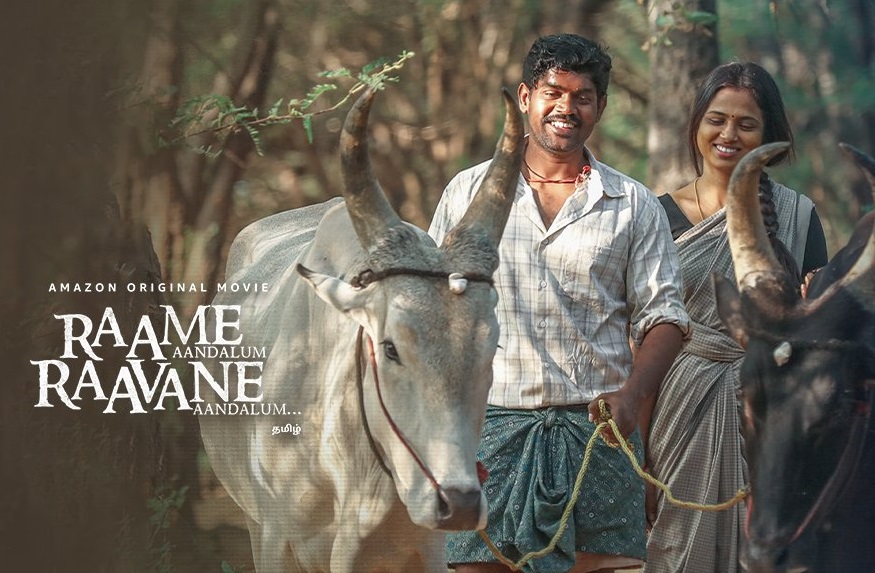 South star Suriya’s production house 2D Entertainment and Amazon Prime Video have signed a four-film deal, and the first movie to premiere on the streaming platform will be Raame Aandalum Raavane Aandalum.

Suriya took to Twitter to share the trailer of the film and announce that it will premiere on Amazon Prime Video on 24th September 2021. He tweeted, “Every film should entertain & make an impact, I believe this new team has made a strong one. Hope you like it! #RaameAandalumRaavaneAandalum trailer https://youtu.be/ZxeKuh_R0z8 #RARAOnPrime24Sep @PrimeVideoIN #Jyotika @arisilmoorthy @mynnasukumar @krishoffl @MithunManick.”

Raame Aandalum Raavane Aandalum is a social satire, and the trailer of the movie is interesting.

While talking about the film, Vijay Subramaniam, Director and Head of Content at Amazon Prime Video India, said, “Raame Aandalum Raavane Aandalum is a heartfelt story of simple human emotions peppered with humour around multiple situations which will surely find connection amongst the masses.  I’m looking forward to the first offering of our recently announced collaboration with Suriya’s 2D Entertainment.”

Director Arisil Moorthy said, “I am excited for its premiere on Amazon Prime Video which will help us take the film to an international audience at once. I can’t wait to see the reactions of viewers and hope they will enjoy watching it as much as we had fun creating it.”