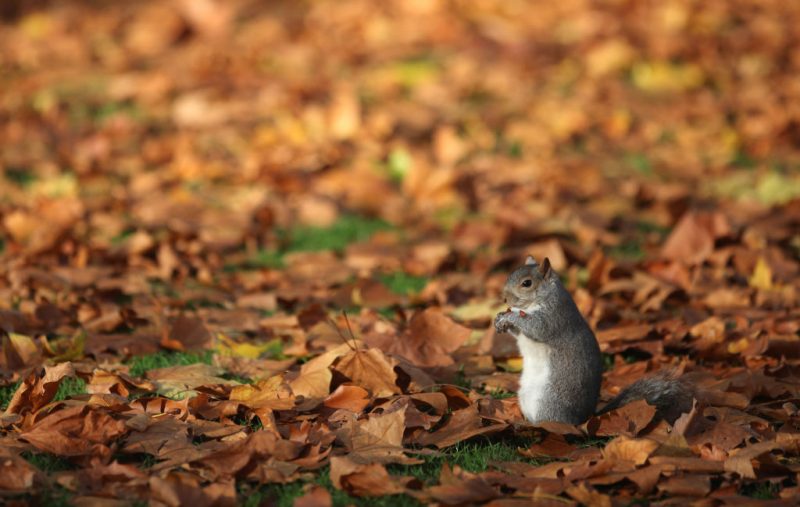 They have been the scourge of trees and the native red squirrel in Britain since their introduction from the United States in the 1870s.

But government scientists are now planning drastic action to cut the number of grey squirrels — by lacing their food with an oral contraceptive.

Before going that far, the Animal and Plant Health Agency (APHA) has been conducting trials of special feeding boxes in the woodlands of northern England and Wales.

Some 70 per cent of the grey squirrel population have used the boxes, which have a weighted gate and keep most other animals out.

The chief scientific adviser at the Department of Environment, Food and Rural Affairs, Gideon Henderson, said the trials had great potential for the non-lethal management of grey squirrel numbers.

“It will help red squirrels… expand back into their natural habitats as well as protecting UK woodland and increasing biodiversity,” he added.

Vanessa Fawcett, of the Red Squirrel Survival Trust, said research into developing an oral contraceptive for grey squirrels was advanced.

No contraceptive has been used yet in the trials, but APHA researchers said it would be effective on both male and female grey squirrels.

There are now 2.7 million grey squirrels in Britain and numbers are increasing compared to just 140,000 of the smaller red squirrels.

Greys compete with reds for food and also carry the squirrel pox virus. They are immune but reds are not, and contracting it is almost always fatal.

High densities of grey squirrels also threaten the health and survival of young trees, as they strip back the bark, weakening and killing them.

Traditional culls of grey squirrels have proved ineffective as they breed rapidly and their numbers can recover quickly.