Top 10 reasons to get excited about Laal Singh Chaddha 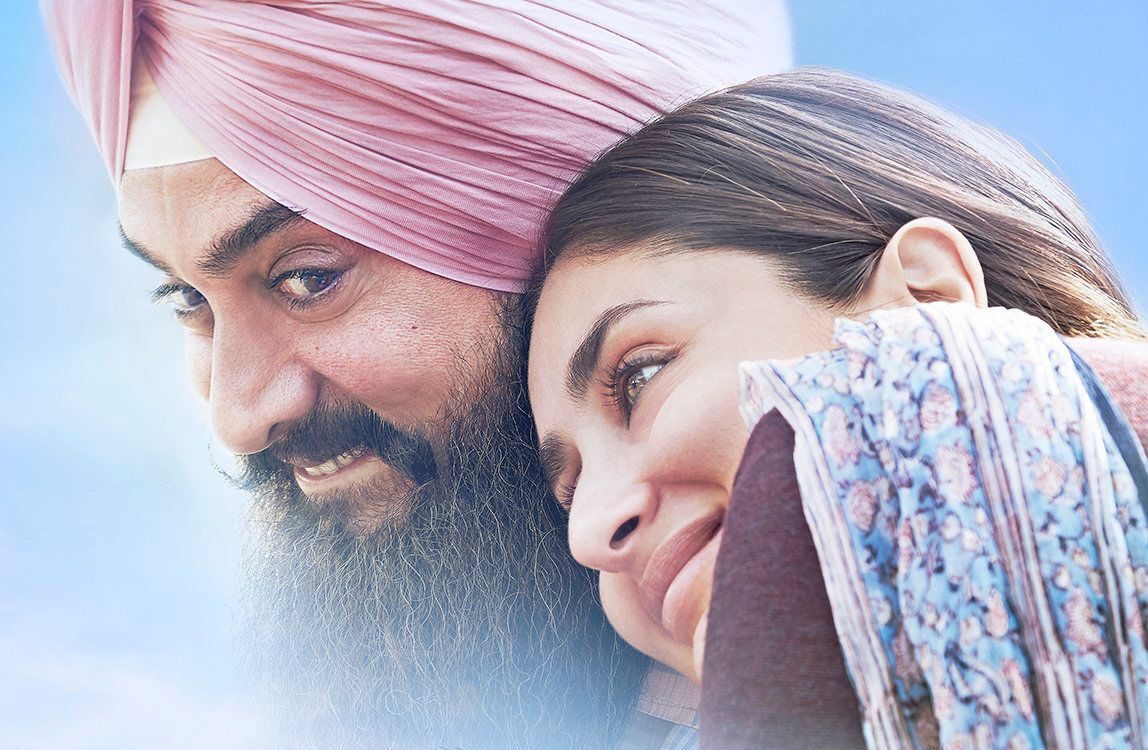 BOLLYWOOD going through a terrible time in recent years has seen the quality of films plummet, but among the darkness is a bright light in the shape of forthcoming film Laal Singh Chaddha, which is set to shine when it is eventually released on August 11 after several delays and potentially rescue Hindi cinema. There is plenty of compelling evidence that it is worth looking forward to and will be a big success, including the recent trailer.

With that in mind, Eastern Eye presents 10 reasons why it’s worth getting excited about Aamir Khan’s remake of hit 1994 Hollywood film Forrest Gump.

Great source material: Laal Singh Chaddha is an official remake of multiple award-winning film Forrest Gump, which itself was based on an acclaimed 1986 novel of the same name. The story’s unique nature of a slow-witted man finding himself in important moments in history is such that there hasn’t been a Bollywood film like this before, so at the very least it will be different to other Hindi releases.

Aamir Khan plays the lead role: In the past 20 years, lead star Aamir Khan has concentrated on quality over quantity, which has resulted in him having a much higher hit rate than all his contemporaries. That ability to choose good projects has enabled him to break box office records multiple times, which includes his film Dangal being the highest grossing in Bollywood history.

It is an Aamir Khan home production: The Bollywood superstar has a remarkable hit rate as an actor and even higher one as a producer. His latest offering adds to his previous home productions that include big successes like Oscar nominated film Lagaan (2001), Taare Zameen Par (2007), Delhi Belly (2011), Dangal (2016) and Secret Superstar (2017).

The special effects: The nature of this story is such that it needs state-of-the-art special effects, which will add many layers to the film and expand the horizons of Hindi cinema. These will include capturing important moments in history and seamlessly inserting the lead protagonist, along with plenty of surprises.

A strong supporting cast: Although there is genuine reason to get excited about the challenging role played by Kareena Kapoor Khan, what is even more intriguing is this big budget entertainer marking the Bollywood debut of massively popular Telugu cinema star Naga Chaitanya. Also expect a winning turn from Mona Singh as the title character’s mother.

Locations: Laal Singh Chaddha may have been shot primarily during the pandemic, but that hasn’t stopped the production team from reportedly shooting at more than 100 locations, including all across India. The eye-catching locations have included Chandigarh, Kolkata, Kerala, Delhi, Jaisalmer, Goa, Himachal Pradesh, Noida, and Turkey.

Advait Chandan is directing: The talented filmmaker delighted audiences globally with his stunning directorial debut Secret Superstar and is hoping to do the same with his second film. He has a much higher budget, bigger cast, and a unique story for what will likely make it two successes in a row for the fast-emerging filmmaking talent.

Soundtrack: One of Bollywood’s most bankable music directors, Pritam has composed the songs. This includes him reuniting with Sonu Nigam for a special song, after they fell out almost a decade ago. The lyrics have been written by Amitabh Bhattacharya, who has a host of stunning soundtracks to his credit throughout his glittering career. The initial music released from the film has met with a great response, including the beautiful song Kahani.

Surprises: There is a reason the film has been shrouded in secrecy since it commenced principal photography in 2019. It will be offering plenty of surprises and this is rumoured to include cameo appearances from a young version of A-list icons like Shah Rukh Khan.

We need it: Last but not least, it is much needed for multiple reasons. There hasn’t
been a Bollywood movie that would rank right up there with the all-time greats in the past five years and Laal Singh Chaddha has all the ingredients to break that run of sub-standard releases. Also, the lead character is loveable and preaches the message of humanity, which is much needed now more than ever before.