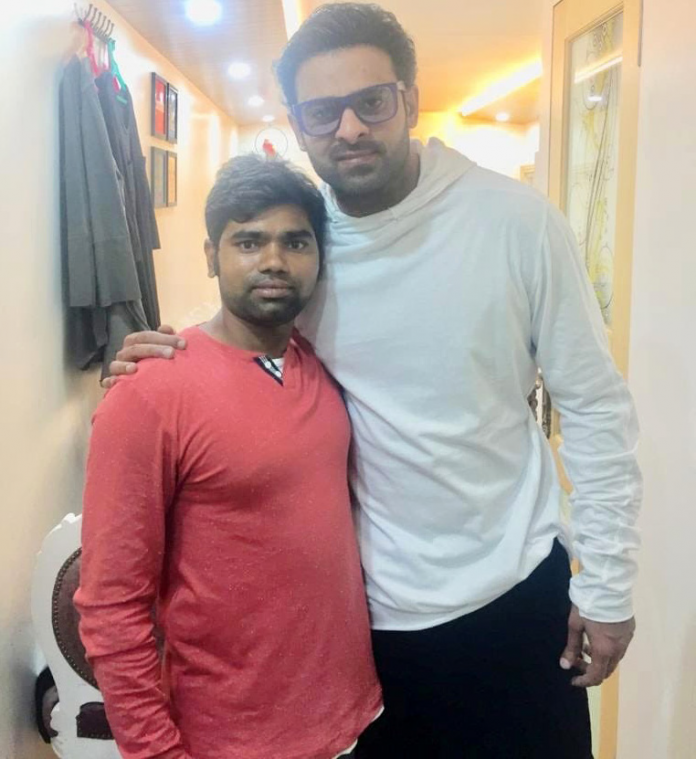 Talented actor Prabhas was already a star before the two Baahubali films released, but became a global phenomenon after they smashed records around the world.

He is continuing that momentum with one of the year’s biggest budget films Saaho being released this week and has a huge fan base supporting him all the way.

One of the countless admirers is Raj Singh from Mumbai, India. Eastern Eye caught up with him to find out more.

Tell us, what first connected you to Prabhas?
I saw his early film Eeswar and was so impressed by his handsome personality. I started watching his each and every film. That admiration has grown with each project.

What made you become a super fan?
A lot of things, including great movies and personality traits I admire. His shyness, smile, attitude and everything else about him made me the biggest fan for life.

Tell us about something super you have done for Prabhas?
As a fan, I wanted to do something to honour his name. So I started the Mumbai Prabhas Fans Association to bring like-minded fans together. I started doing charity work in his name on his birthday every year. I’ll promote his movies before they release.

What has been your most memorable moment?
I will never forget April 30, 2019, in my life, which is the day I met my darling Prabhas on the sets of Saaho in Mumbai.

Which quality in Prabhas do you most relate to?
His hard work, dedication and down-to-earth nature.

What is the thing you most love about Prabhas?
His helping nature. He encourages other talents by promoting their movies.

What is your favourite work Prabhas has done?
I love every Prabhas film, but more so than that, I love how big his heart is. He does charity silently, including when he donated a generous amount for the Kerala flood relief work.

Tell us, why do you love being a super fan?
He is my role model and inspiration. As a fan, I want to support him and respect his decisions. I am proud to be his fan.