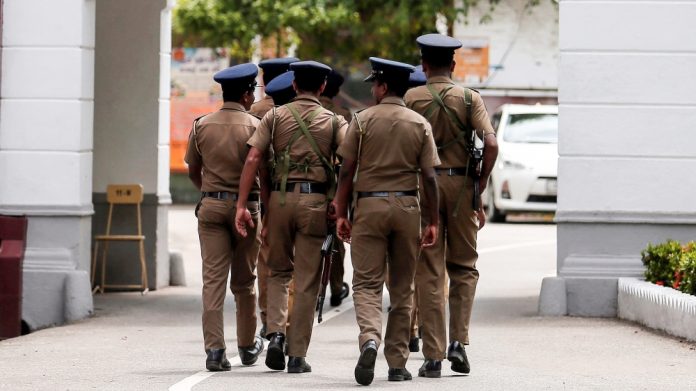 Shani Abeysekera, former director of the Criminal Investigations Department (CID), is accused of concealing evidence in a weapons case involving former deputy inspector general of police Vas Gunawardena, who is currently in jail.

Gunawardena was jailed for five years by the Colombo High Court in 2018 after he was found guilty of threatening Abeysekera, who was investigating a murder case against him.

Gunawardena was arrested in 2013 in connection with the murder of a businessman.

Abeysekera was transferred out from his crime investigation police role to a province immediately after the presidential election in November.

He was handling corruption cases against the Rajapaksa administration between 2005 and 2015. Mahinda Rajapaksa was the country’s president during the period.

His investigations led to the arrests of several members of the Rajapaksa family and their close associates. They were all released on bail.

Citing political victimisation, Abeysekera in December 2019 filed a fundamental rights petition before the Supreme Court challenging his transfer and urging it to issue an order reinstating him in his previous role as the CID director.

In January, he was banned from travelling abroad after a leaked telephone conversation purported to be between him and former minister Ranjan Ramanayake revealed that he shared sensitive information with him.

Meanwhile, the Opposition accuses the government of carrying out political vendetta against Abeysekera.