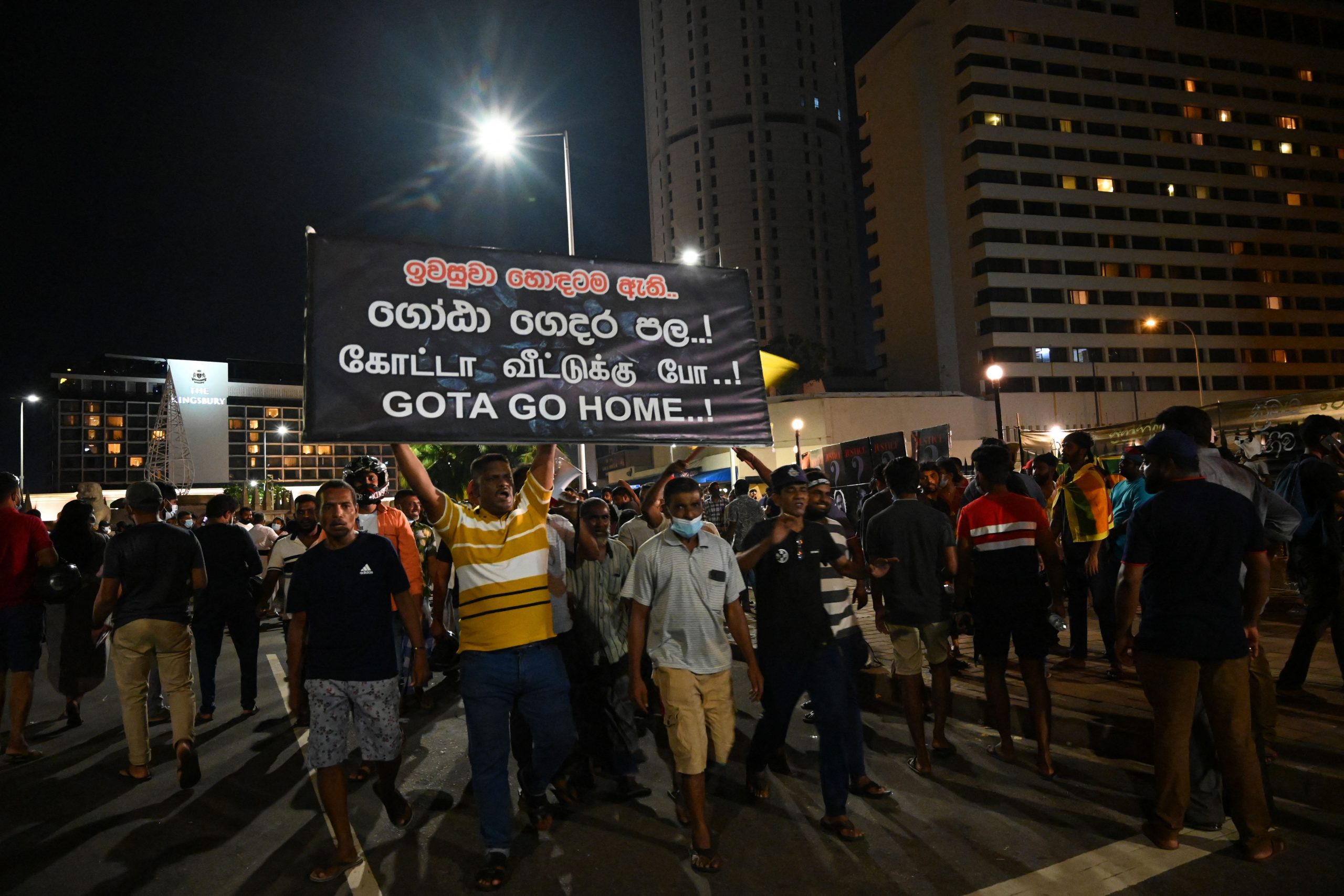 Sri Lankans ritually boil milk on the first day of the island nation’s New Year, but the commodity is one of many in short supply — along with the liquid gas and kerosene used to heat stoves in many Colombo households, and rice to serve family members.

Demonstrators this year brought the custom out of their homes and heated clay pots over makeshift bonfires outside the capital’s Presidential Secretariat, highlighting the plight of households now forced to cook with firewood.

The seafront park by the neoclassical office has since the weekend hosted a running protest vigil, demanding the government’s resignation over Sri Lanka’s worst financial crisis in memory.

“The economic situation is unbearable for many people,” Hemakumara Perera, who joined the protest from a small town south of the capital, told AFP.

Perera, his wife and two children camped at the site overnight to “show solidarity” with fellow Sri Lankans suffering through what is usually a joyous family celebration.

“We support their call for the president and the prime minister to step down,” he said.

Other New Year customs have been abandoned, such as the buying of new garments to symbolise fresh beginnings.

“We are not in a mood to wear new clothes and celebrate when we know how people are suffering,” said Lakshika Gunawardena, who joined the protest carrying her five-month-old baby.

– ‘We can’t go’ –
Sri Lanka’s New Year is usually a private affair, with families sharing meals at home and giving sweets to neighbours as commercial activity comes to a standstill.

The crowds now thronging public spaces are an unusual sight for this time of year — as is the silence from the country’s besieged leaders.

The government skipped its usual handout photographs of top politicians celebrating the occasion with their families.

And there was no sign of a text message holiday greeting from Prime Minister Mahinda Rajapaksa, sent to every mobile phone in the country in previous years.

Both he and younger brother Gotabaya Rajapaksa — Sri Lanka’s president — have been accused of mismanaging the economy and blindly leading the country into its present predicament.

The country is now in default of its $51 billion foreign debt ahead of negotiations for an International Monetary Fund bailout, and authorities have begged Sri Lankans abroad to send money home to help alleviate the crisis.

The president has not returned to his office since the protest began on the weekend, and a bolstered security presence is keeping watch over the encampment.

But interactions between police and the crowd were jovial and even festive, with demonstrators chatting to officers and sharing traditional New Year food and sweets.

“The demonstrators won’t go until the government goes,” said a traffic constable standing watch outside the building while sheltering from the scorching morning sun.

“And we can’t go until both leave,” he added.