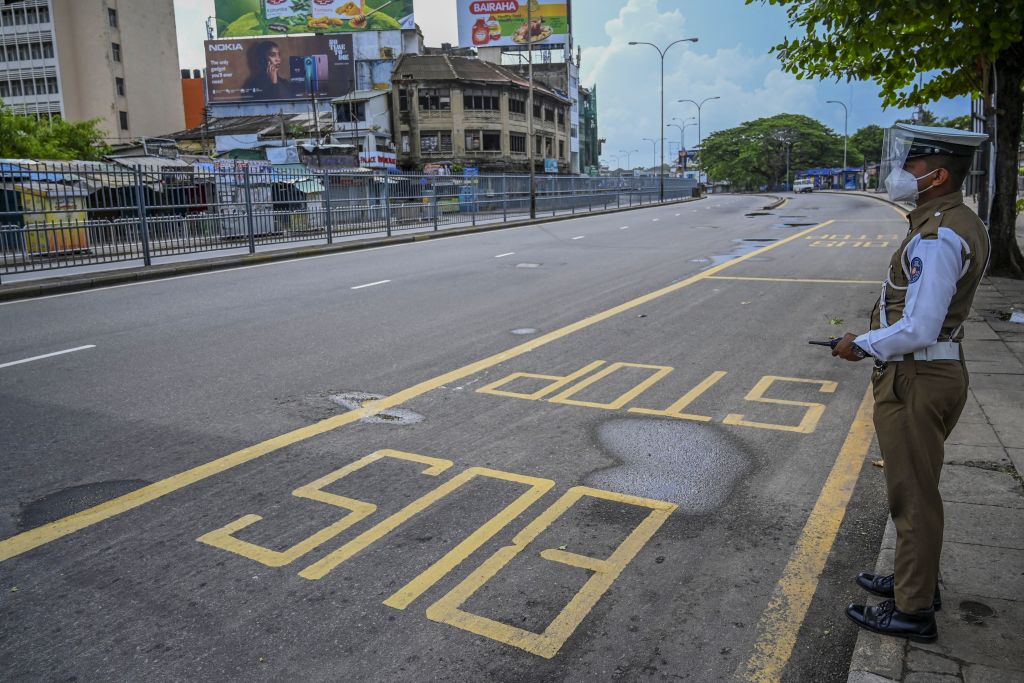 A policeman stands guard on a deserted street in Colombo on May 22, 2021 after the government imposed travel restrictions and weekend lockdown to curb the spread of Covid-19. Sri Lankan economy took a beating amid the surging coronavirus. (Photo by ISHARA S. KODIKARA/AFP via Getty Images)

BANGLADESH’S central bank is set to lend Sri Lanka the first tranche of the $250 million (£176m) it promised to the island nation in a currency swap deal.

Sri Lanka, which is struggling to shore up its foreign reserve, is getting $50m (£36m) from Bangladesh Bank this week at an interest rate of 2 per cent more than the London Interbank Offered Rate (Libor), The Daily Star said on Wednesday (18).

If the Central Bank of Sri Lanka fails to repay the loan within six months, the interest rate will go up by half a percentage point above the Libor, according to the terms of the deal.

In May, Sri Lanka had secured a $500m (£353m) loan from South Korea, a month after a similar loan from China was issued.

Sri Lanka said its economy shrank 3.6 per cent last year due to the Covid-19 pandemic, making it the worst downturn since its independence from Britain in 1948.