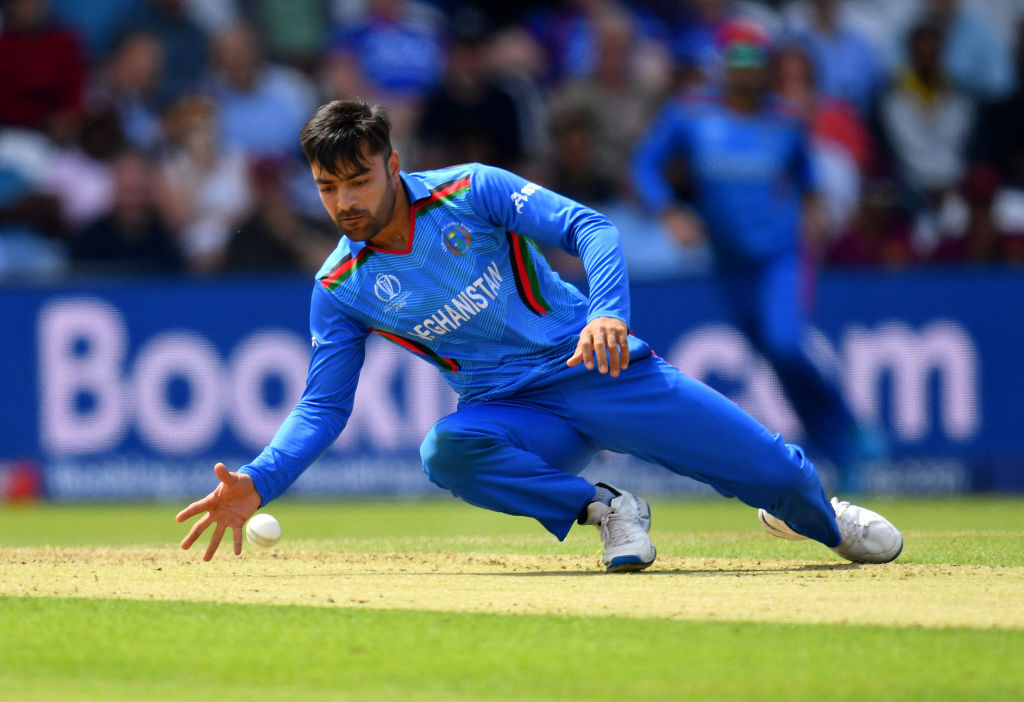 SRI Lanka’s national board has said it is going ahead with arrangements to host a T20 series between Afghanistan and Pakistan, even as a top cricket official in Kabul expressed the optimism that the sport “will not be a casualty” of political changes.

However, there was also an element of apprehension as no official in Sri Lanka was able to guarantee that the three Twenty20 matches would start on September 1 after the Taliban swept to power in Afghanistan.

The Afghanistan team is also scheduled to play in the T20 World Cup in the United Arab Emirates in October.

Star spin bowler and T20 captain Rashid Khan and all-rounder Mohammad Nabi are currently playing The Hundred tournament in England. Both made pleas for peace in their country before the Taliban takeover.

But most other national players are in Afghanistan.

Sri Lanka’s cricket board said it is still hoping to host Afghanistan and Pakistan for the three matches in an empty stadium at Hambantota.

The series was originally scheduled to be held in Dubai but was shifted to Sri Lanka because it clashed with the Indian Premier League (IPL) which also starts in September in the UAE.

“We have told them that we are ready to host the tournament,” Sri Lanka Cricket secretary Mohan de Silva said on Monday (16). “All the preparations are underway.”

“But, given the current situation in Kabul, we don’t know if they will be able to go ahead. We are awaiting a response from them.”

However, Afghanistan Cricket Board CEO Hamid Shinwari said the sport will not be a casualty in the wake of drastic political change in the country.

The Taliban “love” and “support” cricket, he said.

Speaking from Kabul, Shinwari also assured that the members of the national team and their families are safe as the Taliban took over the reins of the country.

“Taliban loves cricket. They have supported us since the beginning. They did not interfere in our activities,” said Shinwari.

“I don’t see any interference and expect support so that our cricket can move forward. We have got an active chairman, I remain CEO until further notice,” added the top Afghanistan Cricket Board official.

Cricket’s rise in the country coincided with the Taliban’s rule between 1996 and 2001 with many Afghan refugees in neighbouring Pakistan picking up the sport.

“It can be said that cricket flourished during the Taliban era. It is also a fact that many of our players practised in Peshawar and they made the sport mainstream in Afghanistan.

Talking about the players’ safety, he said: “Other than four or five players who are playing overseas, the rest are all in Kabul… They are safe and doing fine.”

The BCCI is also keeping an eye on the developments and is hoping to see the participation of Afghan players in the IPL.

“It is too early to comment but we are keeping a watch. For us, nothing changes and we expect Rashid and other Afghan players would be part of IPL,” a BCCI source said.

Shinwari said all their scheduled bilateral series remain on track and all three IPL bound players – Rashid, Nabi and Mujeeb – have got NOCs from the board to take part in the cash-rich event ahead of the T20 World Cup.

“We don’t see any cricketing activity suffering from the change of regime,” said Shinwari.

Asadullah Khan, who resigned as Afghanistan chief selector earlier this month, also thinks that cricket will not be a casualty under the Taliban rule.

“I personally have gone to the areas where the Taliban ruled. They really liked the game. So, from that point of view it should not be an issue”.