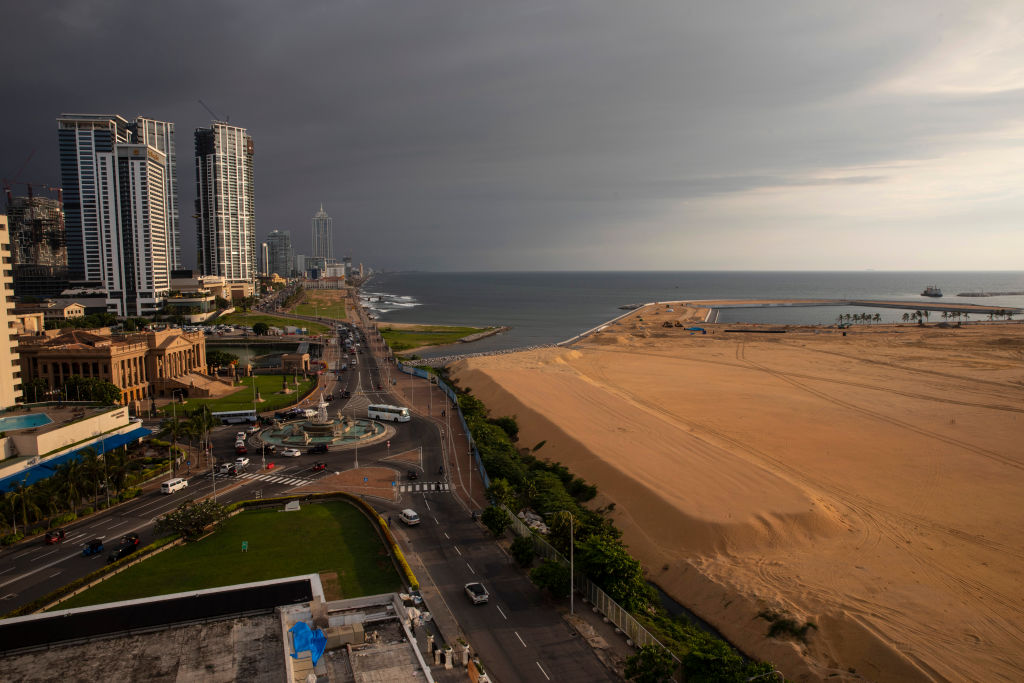 An overview of Port City Colombo which is built with Chinese investments. The project is managed by China Communications Construction Company Limited (Photo by Paula Bronstein/Getty Images )

SRI LANKA on Wednesday (7) issued its most expensive gold coin ever to celebrate the 100th anniversary of the Chinese Communist Party, underscoring the close ties between the countries.

“The coins have been issued at the request of the government of Sri Lanka as an accolade for long-standing friendship and mutual trust between the two countries,” the bank said.

Sri Lanka has increasingly turned to China for financing and diplomatic support in recent years, prompting India and the United States to express concern.

One side of the 12-gram (0.42 ounces) coin marks the Chinese party’s anniversary while the other celebrates 65 years of the diplomatic ties between the two nations and depicts a Colombo theatre built with Chinese financing.

Sri Lanka released its last gold coin to mark 50 years of independence from Britain in 1998, but it was only two thirds the weight of the Chinese anniversary coin.

Colombo had never before issued a coin to commemorate a political party.

Beijing has made increasing trade and diplomatic inroads in south Asia in recent years.