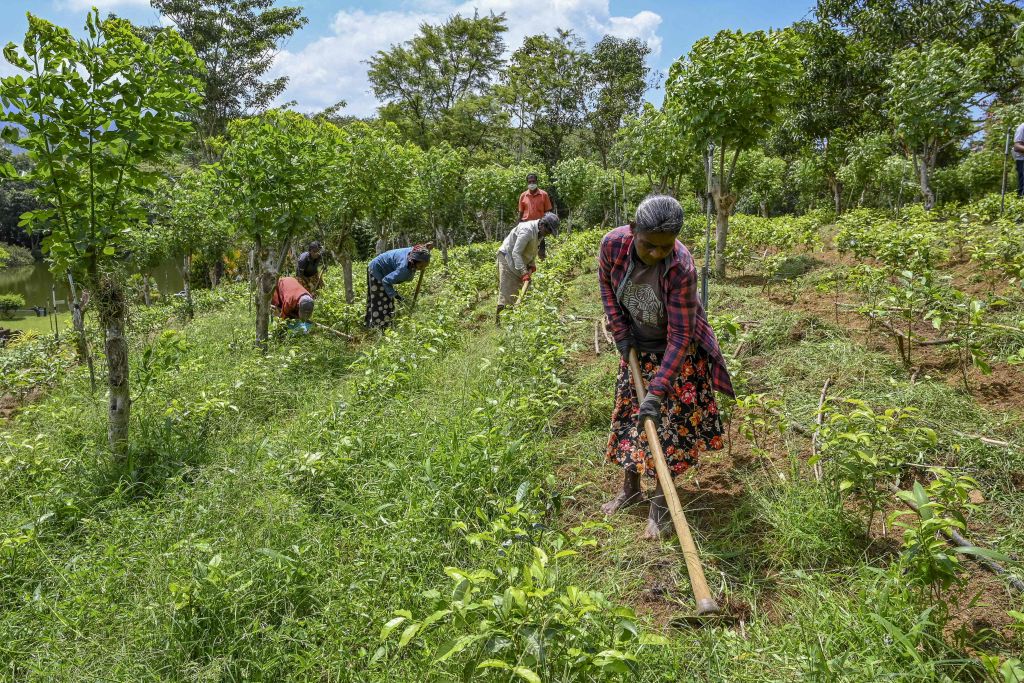 In this picture taken on July 31, 2021, tea pickers remove weed at an organic tea plantation in the southern district of Ratnapura in Sri Lanka (Photo by ISHARA S. KODIKARA/AFP via Getty Images)

SRI Lanka has barred a Chinese ship carrying desperately needed organic fertiliser that experts have found to be tainted with harmful bacteria, officials said on Sunday (24).

The action comes as Sri Lanka battles food shortages caused by a currency crisis while farmers have said a government ban on chemical fertiliser could ruin their crops this year.

President Gotabaya Rajapaksa’s office said the National Plant Quarantine Services had tested a sample from the unnamed Chinese vessel and “confirmed the presence of organisms, including certain types of harmful bacteria”.

A Commercial High Court has banned any payment to Qingdao Seawin Biotech Group Co Ltd for the 96,000 tonnes of fertiliser, an official statement added.

Authorities halted the $42 million (£30.5m) deal last month, but reports said the cargo had still been shipped and was due in Colombo. The location of the ship has not been revealed.

Sri Lanka Ports Authority said the agricultural ministry ordered them on Saturday (24) to prevent the unloading of the fertiliser in any port and to turn away the Chinese vessel.

Sri Lanka originally ordered the organic fertiliser from China as part of its efforts to become the world’s first 100 per cent organic farming nation.

The organic plant nutrients from China were meant to replace the phased-out chemicals during the main rice cultivation season that started mid-October.

Following widespread farmer protests that the abandoning of agrochemicals would critically hit yields, the government last week lifted the ban on chemical fertiliser imposed in May.

It has since imported 30,000 tonnes of potassium chloride as fertiliser and some three million litres of nitrogen-based plant nutrients from India.

Farmers of tea – the main export commodity along with rice – have warned crop yields could be halved without chemicals.