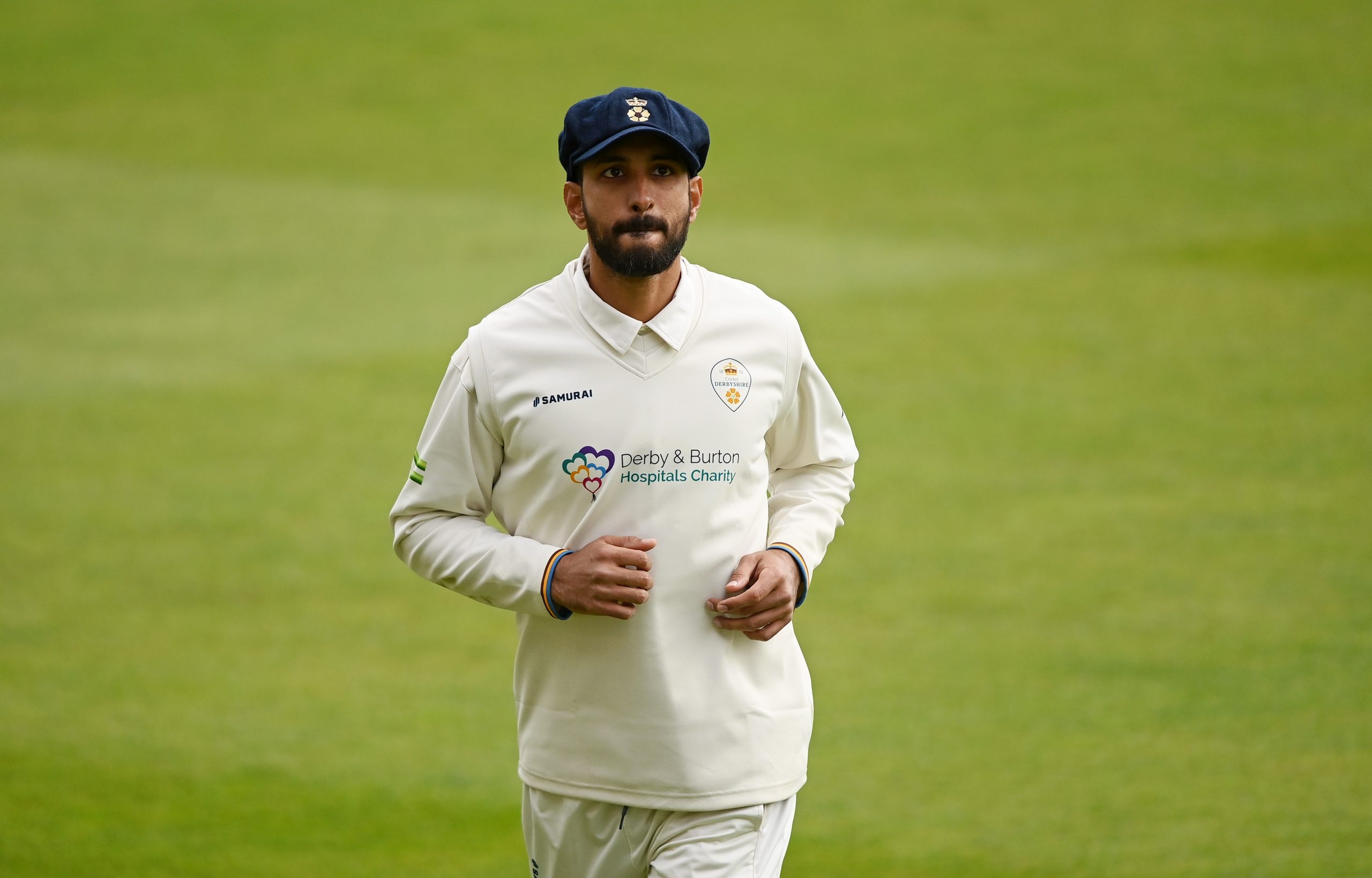 The stylish 32-year-old left-hander was 201 not out in a total of 327-2 at stumps on the first day of the match against Sussex at Derby.

His runs came off 271 balls with 22 boundaries.

Masood, who has played 25 Tests for Pakistan with a career best of 156, has been in a rich vein of form in the English tournament.

In Derbyshire’s opening match against Middlesex last week he made 91 and 62.

Masood also shared a record third-wicket stand against Sussex of 236 with Wayne Madsen, who was 88 not out at the close.

With the exception of Steven Finn, the Sussex bowling lacked the consistency to apply any sustained pressure and Masood took advantage to reach 50 from only 60 balls.

At lunch the Pakistan star was undefeated on 74 from 88 balls and after the interval he moved to his century with a succession of imperious strokes on both sides of the wicket.

Runs kept flowing in the final session with Masood reaching 150 from 191 balls.

The Sussex team featured Masood’s international teammate Mohammad Rizwan and India’s Cheteshwar Pujara — a rare example of Pakistani and Indian cricketers turning out for the same side.

India cut bilateral cricket ties with Pakistan after attacks in Mumbai in 2008 that authorities blamed on Pakistani militants and the teams now only play each other in multi-nation events.

The South Asian rivals have not faced each other in a bilateral series since Pakistan toured India in 2012/13 for a set of one-day internationals and Twenty20 matches during a brief thaw in relations.

Pakistan’s stars also do not play in the Indian Premier League, the world’s most high-profile Twenty20 competition, which is currently taking place in India.

Sussex signed Pujara as a replacement for Travis Head last month after the Australian asked to be released from his contract due to increased international commitments.