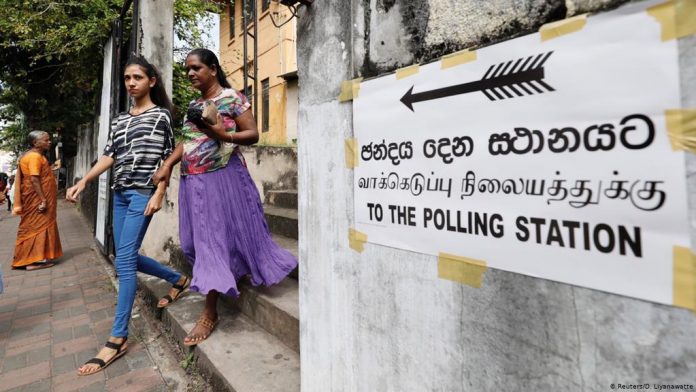 As Sri Lanka gears up for the August 5 parliamentary election, the Tamil National Alliance (TNA) — the principle grouping representing minority Tamils residing in north and east — is going through its greatest check but in its constituency, for the reason that struggle ended a decade in the past.

Although the Tamils have repeatedly given an enormous mandate to the TNA, whether or not within the 2013 Northern Provincial Council election or the parliamentary polls of 2015, the Alliance — which secured 16 seats within the 225-member Parliament in 2015 — is contesting this election amid what appears a rising disenchantment amongst voters.

“Regardless of who will get elected nothing adjustments in our lives. We vote as a result of it’s our responsibility, not in keen anticipation that our state of affairs will get higher,” stated Yesudas Jenova, seated outdoors her small residence simply outdoors Pallai city in Kilinochchi district. Jaffna and Kilinochchi collectively type one of many two northern electoral districts, whereas Vanni — together with Mullaitivu, Mannar and Vavuniya — is the opposite.

Ms. Jenova’s sentiment, echoed by many throughout the Northern Province, stems from many causes. Eleven years after popping out of a struggle that resulted in big losses to life and property, the Tamil neighborhood remains to be demanding justice and better political powers that a lot of the Sinhala polity doesn’t need devolved to them. The TNA bears the extra baggage of the failed guarantees of the earlier Maithripala Sirisena-Ranil Wickremesinghe authorities that it backed, particularly on delivering a constitutional settlement.

In the meantime, the Tamils’ financial misery has solely grown, with governments in Colombo and their very own TNA-led Northern Provincial Council failing to revive a war-ravaged financial system by creating jobs and livelihoods. Registering their disappointment over the TNA’s governance file within the north, they gave a sizeable vote to candidates from the competing Eelam Individuals’s Democratic Celebration (EPDP) and the All Ceylon Tamil Congress (ACTC) within the 2018 native authority polls.

Maybe recognising this criticism and uncertainty of the Rajapaksa administration delivering a convincing political resolution, the TNA for the primary time prominently included improvement and livelihoods in its manifesto. Nevertheless, for northern voters, who unambiguously rejected President Gotabaya Rajapaksa in final 12 months’s presidential polls, making up their thoughts isn’t as easy this time.