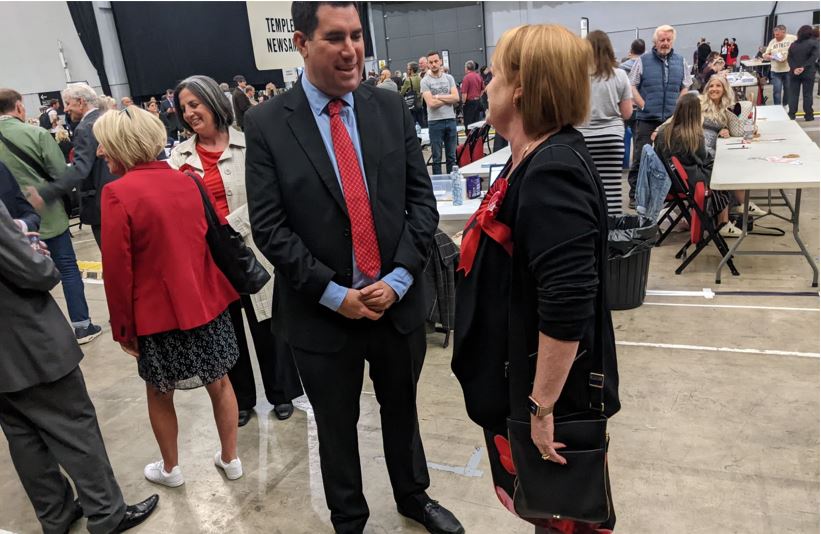 THE Social Democratic Party (SDP) has won a Leeds council seat for the first time since 1988, in one of the most shocking local election results the city has ever seen.

The SDP were a major influence on British politics in the 1980s after they were formed by four breakaway Labour MPs.

But within a decade they’d almost dwindled out of existence after party chiefs chose to merge with the Liberal Party.

The party’s name was kept alive by a handful of loyalists but has rarely mounted a serious challenge for power in Leeds or beyond, since.

Councillor Dixon attributed the result to voters being “fed up with the big parties”.

Speaking shortly after his victory was announced, he said: “We’ve created an uprising among the working class. The big parties are letting us down year after year and we’re not going to take it.

“A few members kept the party going but since we relaunched in 2018 we’ve gone from strength to strength. We’ve now got a few thousand members across the country.”

The result was one of a handful of surprises among the early results.

Labour gained Farnley and Wortley from the Greens, but the Greens turned the tables on Labour and took Hunslet and Riverside from long-serving councillor Liz Nash, who had been an elected member for around 50 years.

Elsewhere, Labour held onto other heartland seats they were defending across the city.

The leader of the opposition Conservative group, Andrew Carter held onto his seat in Calverley and Farsley by just under 300 votes, while Liberal Democrat group leader Stewart Golton was also returned in Rothwell.

Labour’s deputy leader, Coun Debra Coupar won her Temple Newsam seat back by around 600 votes and said afterwards that results around the country showed the party was doing well nationally.

Coun Coupar said: “I think it’s a vindication of the Labour party and our leader at the moment Keir Starmer has done a great job, bringing the party back to winning ways.”

A further batch of results is expected to be declared this afternoon from about 4.30pm.