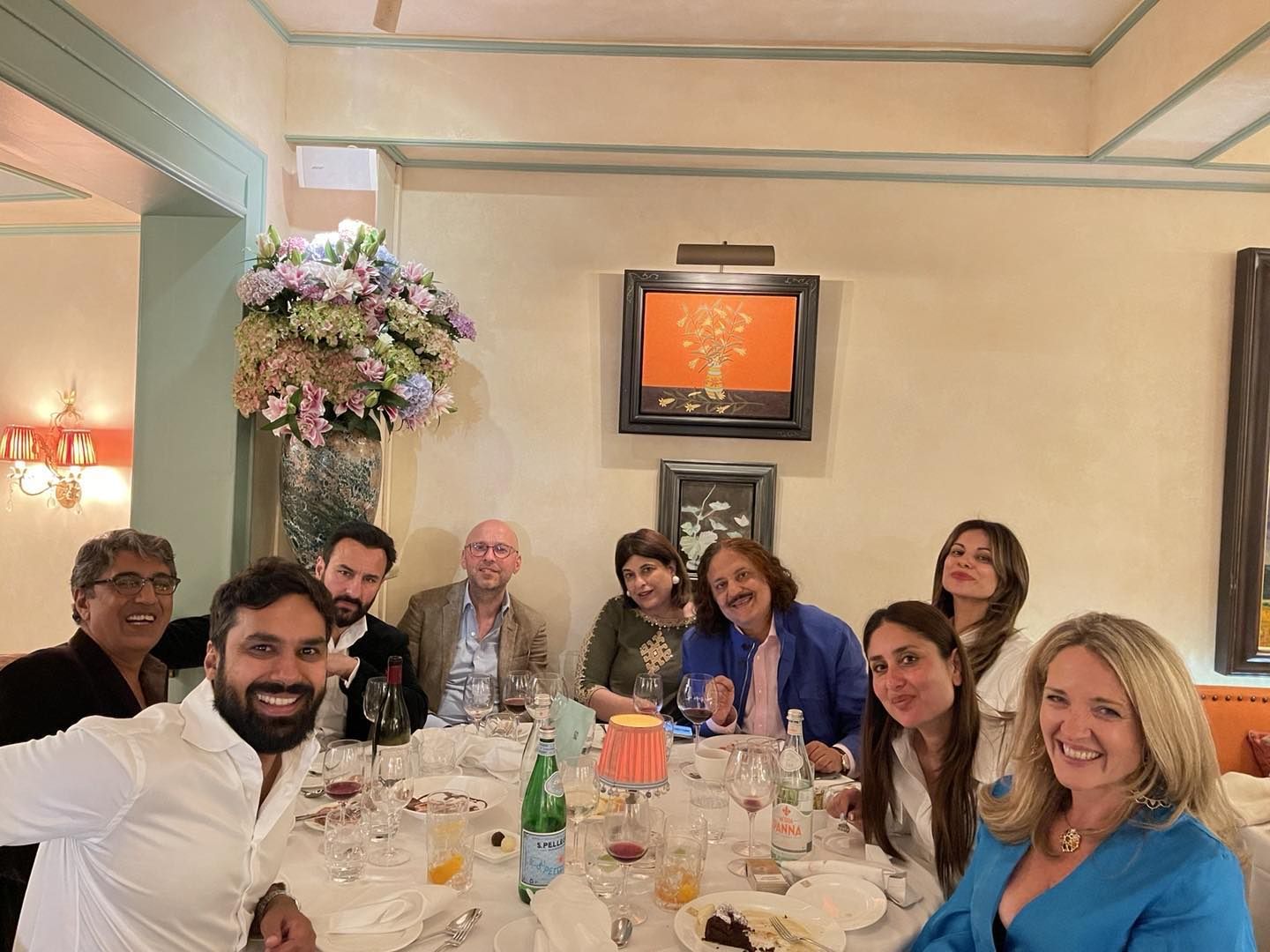 Kareena Kapoor Khan and Saif Ali Khan have been in the UK for almost a month now, and it looks like the lovebirds are quite enjoying the company of friends and family there.

Recently, their close friend Alexandra Galligan shared adorable pictures of the couple and the internet has ever since been in awe!

Alexandra also shared a cute selfie of Kareena with her little boy Jeh. She captioned the photo, “Sunday vibes … chilling whilst chef Ali khan is hard at work in the kitchen!”

In another photo, Saif is seen donning the chef’s hat as he prepared a meal for the bunch. Alexandra captioned the photo “The perfect Sunday with Chef Ali Khan cooking up a storm in the kitchen for us. Delicious!!”

In another picture, everyone is seen saying cheese for the camera. They are all seated at the dining table, waiting to savour a delicious meal prepared by Saif. Sharing the photo, Alexandra wrote, “Great weekend with the greatest of friends.”

Bebo and Saif have been in the UK for almost a month. Kareena’s sisters Karisma, Riddhima, and Nandani are also in London. Besides, her best friends Amrita and Natasha Poonawalla are also soaking in the London sun.

Earlier, Kareena, sister Karisma Kapoor, Amrita Arora, and Natasha Poonawalla hit the streets of London in style. Kareena shared a photo with the girls on Instagram and wrote, “You can’t sit with US…but you can stand and pose with US..cause that’s what we love to do”.

On the work front, Kareena will next be seen in Laal Singh Chadha opposite Aamir Khan. The film is slated to release on August 11. She also recently wrapped up shooting her OTT debut project helmed by Sujoy Ghosh. The film is based on the Japanese novel The Devotion of Suspect X, which also stars Jaideep Ahlawat and Vijay Varma in the lead roles.