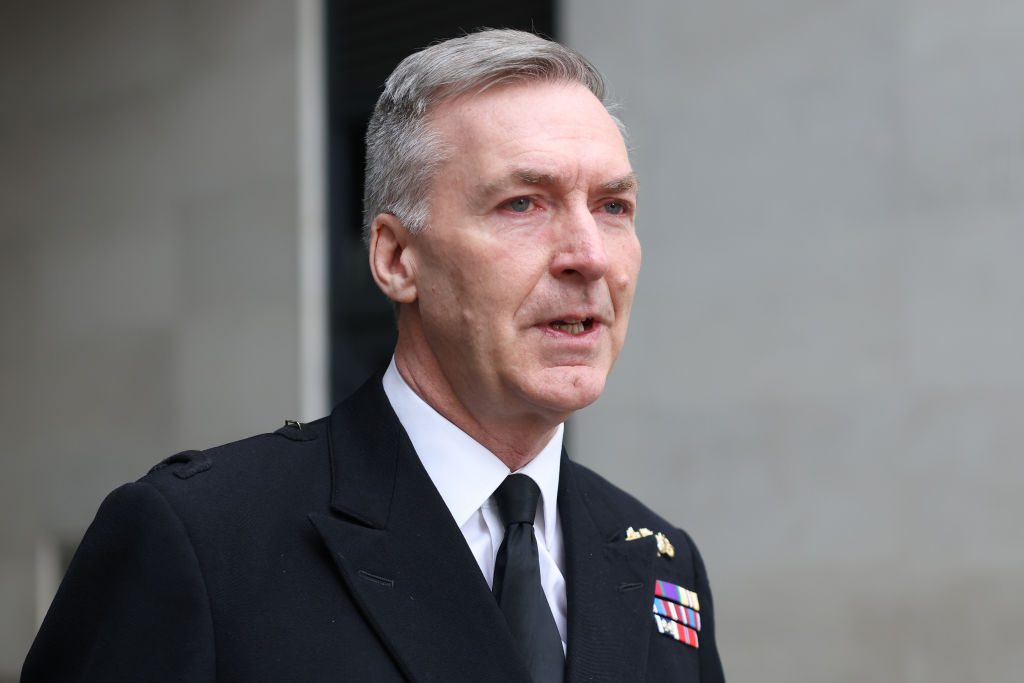 RUSSIA has already “strategically lost” its war with Ukraine, suffering heavy losses and strengthening NATO, the UK’s chief of defence staff said in an interview published on Friday (17).

“This is a dreadful mistake by Russia. Russia will never take control of Ukraine,” said Tony Radakin, the country’s highest-ranking military officer, adding it would emerge a “more diminished power”.

Radakin said Russian President Vladimir Putin may achieve “tactical successes” in the weeks to come, but had sacrificed a quarter of his country’s army power for “tiny” gains and was running out of troops and high-tech missiles.

“The Russian machine is grinding away, and it’s gaining a couple of — two, three, five — kilometres every day,” the admiral said.

“President Putin has used about 25 per cent of his army’s power to gain a tiny amount of territory and 50,000 people either dead or injured.

Radakin paid tribute to the “courageous” Ukrainian people, and vowed that the UK would support Kyiv “for the long haul” with more weapons.

“We’ve been providing anti-tank weapons, there are other elements that we’re providing and that will continue,” he said.

“I would like to hope that the leaders of these three states and the president of Romania will not only focus on supporting Ukraine by further pumping Ukraine with weapons,” Kremlin spokesman Dmitry Peskov told reporters.

He added that it would be “absolutely useless and will cause further damage to the country”.