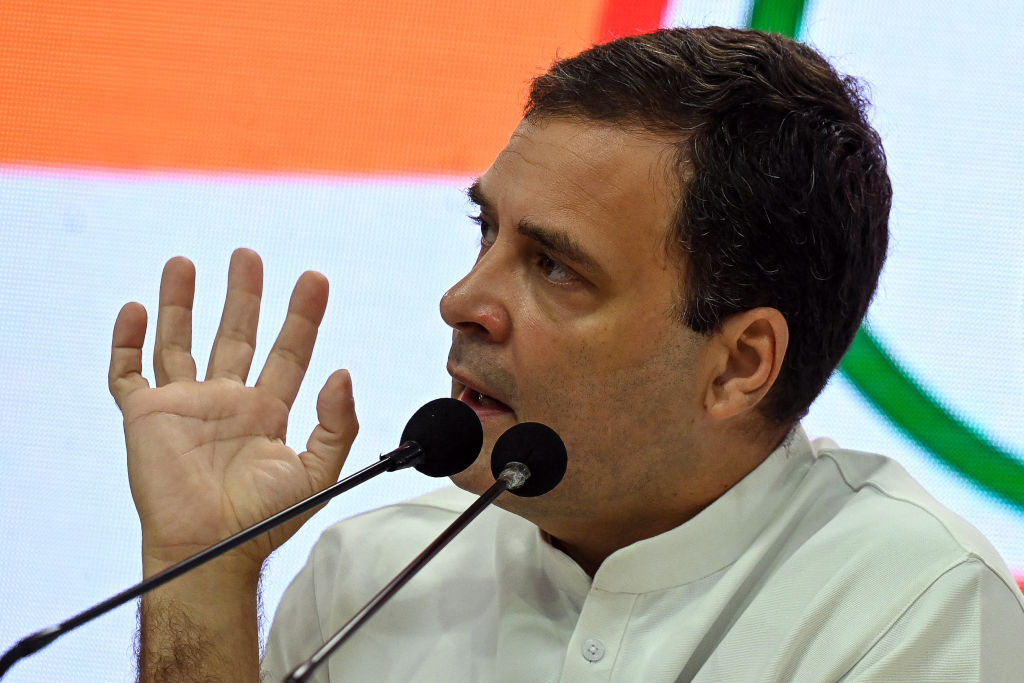 Former Congress president Rahul Gandhi on Tuesday attacked the government over the issues of price rise, hike in GST rates and depreciating value of the Rupee and alleged that it is “unparliamentary” on the part of the prime minister to not answer questions and run away from a discussion in Parliament.

He also alleged that no matter how much the prime minister tries to silence the opposition by declaring many words as “unparliamentary”, he will have to answer on these issues.

The senior Congress leader was Gandhi referring to a recent booklet brought by Lok Sabha Secretariat listing out certain words as unparliamentary for use in Parliament.

The government, however, has said the practice of listing unparliamentary words has been done since 1954.

“The Rupee crossed Rs 80 (1USD). The gas cylinder man is asking for Rs 1,000 (12.5 USD). There are 1.3 crores (13 million) unemployed people in June. Now GST burden on food grains too. No one can stop us from raising public issues, the government will have to answer,” Gandhi tweeted.

“Running away from discussion and questions in Parliament is most ‘unparliamentary’, Prime Minister Ji,” he said in a tweet in Hindi.

In a Facebook post, the Congress leader also dubbed the government as “extortionist” and said, “No matter how much the prime minister tries to silence us by terming many words as “unparliamentary”, he will have to answer”.

The post titled – “This time, ‘extortion’ government?” said from now on, five per cent Goods and Services Tax (GST) will be charged from the public on packaged products like milk, curd, butter, rice, pulses, bread.

“The daily food items became expensive, the cylinder costs Rs 1,053 (13 USD), but the government says ‘Sab changa si’ (all is well). Meaning that this inflation is the problem of people, not of the government,” he said in the post in Hindi.

Gandhi said when the prime minister was in the opposition, he had made inflation the biggest issue, but today he has pushed the public into a “deep quagmire of problems, in which people are getting drowned every day”.

“The prime minister is silent on your helplessness, is happy and continues to speak lies.

“I and the entire Congress party stand with you against every atrocity being committed on you by the government. We will strongly raise this issue in Parliament,” the former Congress chief said.

The Congress protested in Parliament and raised the issue in both houses of Parliament, forcing adjournment till lunch.

Congress MPs, including Rahul Gandhi, earlier staged a protest over these issues outside Mahatma Gandhi’s statue in Parliament complex, where some opposition MPs also joined them.