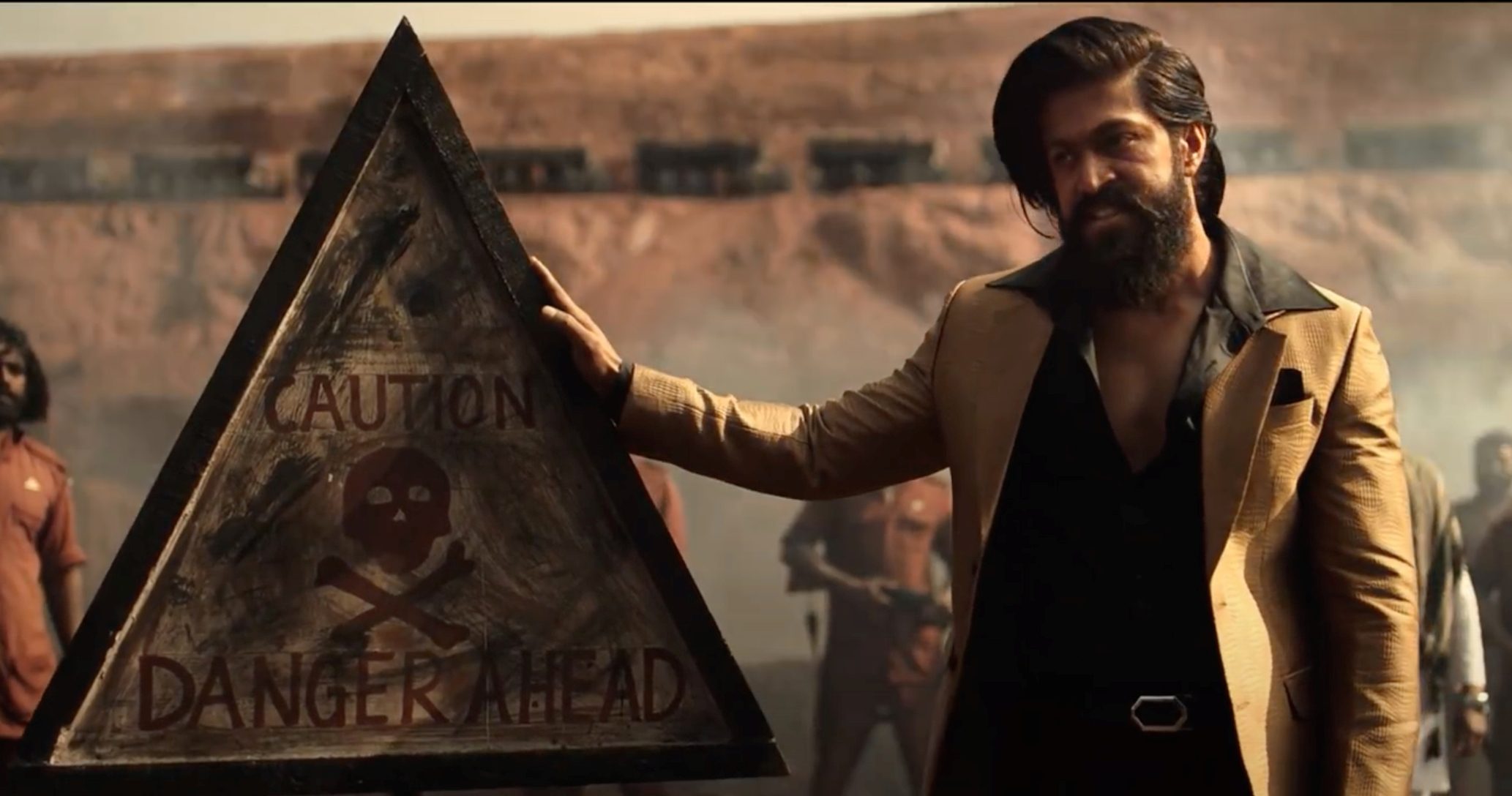 NOT long ago, the most exciting Indian film news of this week would have been the release of Jersey on April 14.

It is the Bollywood remake of a smash hit Telugu film and marks the return of popular star Shahid Kapoor after his 2019 blockbuster success Kabir Singh. Instead of being the centre of attention, it is running scared of two regional Indian language juggernauts and was postponed by a week, just days before its release. The first film Jersey producers seem afraid of clashing with is Kannada language action entertainer KGF: Chapter 2, which is the hotly anticipated sequel to a 2018 blockbuster hit that clocked up huge box office figures and will release on April 14 as planned. Part two will get an even bigger release with dubbed versions in Telugu, Hindi, Tamil, and Malayalam dropping in cinemas simultaneously. The trailer has received a rip-roaring response and it is expected to clock up a bigger opening weekend than any Bollywood film that has been released in the past few years.

This week’s other new movie release that has petrified Bollywood is Tamil blockbuster Beast. It is headlined by Tamil titan Vijay, who is one of the biggest stars in India and pretty much always generates huge box office figures due to his massive fanbase. This being his first big post-pandemic release and opposite popular actress Pooja Hegde means it is guaranteed a huge response. Songs from the film have already become a rage and the trailer has received a thunderous response, including a big thumbs up from Shah Rukh Khan. The black comedy action thriller will have dubbed versions releasing in Telugu, Hindi, Kannada, and Malayalam, simultaneously, to reach a much wider audience, just like KGF: Chapter 2. The recent pan-Indian blockbuster success of Telugu film RRR movie will help KGF: Chapter 2 and Beast.

These factors and the recent dramatic downfall of Bollywood meant it became impossible for Jersey to get involved in a three-way Indian box office clash. What has also worked against Jersey is that like so many recent Bollywood films it’s unoriginal and a remake of a very popular Telugu film of the same name, which was widely seen in different languages and is available online. It also hasn’t generated much hype in the lead up to its release.

This is yet another indicator that Bollywood is no longer the boss in India like it has been for so many decades. This probably explains why Aamir Khan delayed the release of his new film Laal Singh Chaddha from April 14 to August 11.

Today, the regional blockbusters which are releasing simultaneously in multiple languages, including Hindi, have changed the face of cinema in the country. This has spilled over globally. So far this year the biggest Indian box office openers have been Telugu films RRR, Bheemla Nayak and Radhe Shyam, along with Tamil film Valimai. Another huge 2022 success has been Telugu action-drama Pushpa: The Rise – Part 1, which released end of December and then became a box office juggernaut in January, including the Hindi dubbed version. The dominant nature of these regional language films is such that postponing Jersey to April 22 won’t make much difference, which means this week’s monster releases KGF: Chapter 2 and Beast will likely still crush it.

Going forward Bollywood producers will keep an extra eye on when major blockbusters in other languages will be in cinemas before deciding what to do with their own movies.