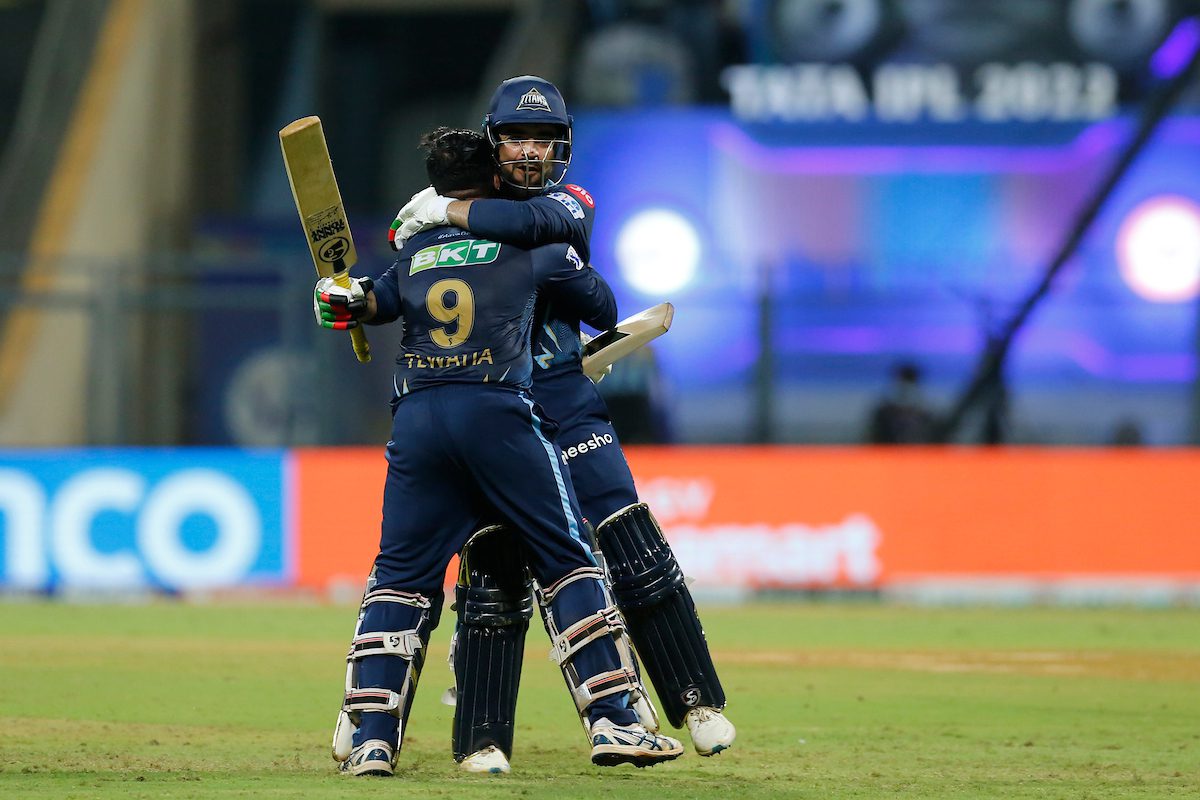 Needing 196 for victory, Gujarat slipped to 140-5 but Rashid (31) joined Rahul Tewatia (40) to turn the match on its head and the pair hit four sixes between them to score the 22 runs required from the final over and win by five wickets in Mumbai.

The left-right batting pair of Tewatia and Rashid put on an unbeaten stand of 59 off 24 deliveries to fire Gujarat, one of the two new teams, to the top of the 10-team IPL table.

“Happy to deliver against them, just trying to play my game and have that belief in my batting which I’m working on from the last two years,” said Rashid.

“When it was 22 left. I just told Tewatia that we have given 25 in the last over with one of our best bowlers bowling and I told him that we needed to have that belief and not panic, anything is possible.”

The batting fireworks overshadowed Malik’s 5-25 as the 22-year-old bowler from the Jammu region in Indian-administered Kashmir clocked speeds of over 150 km/h (93 mph).

The menacing bowler with a thick mop of hair and a silver chain around his neck got the key wickets of skipper Hardik Pandya (10), Wriddhiman Saha (68), and David Miller (17) to rattle Gujarat.

He ended Saha’s stinging 38-ball knock with an unplayable yorker at nearly 153 km/h to raise the roof at the Wankhede Stadium.

Malik, who was named man of the match despite ending on the losing side, beat David Miller with another pacy delivery as the ball crashed into the stumps and then bowled Abhinav Manohar for a duck.

“He is a fast bowler,” former England batter Kevin Pietersen screamed on commentary. “He is going to rattle stumps for a long time.”

Skipper Kane Williamson said: “He’s sort of been bowling beautifully really and making a difference but it was only a matter of time before he would have a day like this.”

South Africa’s Aiden Markram hit 56 and Shashank Singh clubbed 25 off only six deliveries to power Hyderabad to 195 for six after being sent into bat first.

Markram and Abhishek Sharma put on 96 for the third wicket to set the platform for the total that was boost by Singh’s last-over blitz of three sixes.