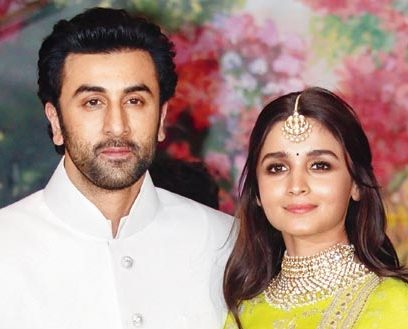 Newlyweds Ranbir Kapoor and Alia Bhatt are on cloud nine as they are all set to unveil the Brahmastra trailer today on Wednesday.

And hours before the trailer launch, the two shared a special video message for the fans expressing how much love and labour they have put to make the film, which is held by none other than the couple’s close friend Ayan Mukerji.

As Ranbir is not on social media, his video message was uploaded by his mother and veteran actor Neetu Kapoor on her Instagram handle.

In the video clip, Ranbir said, “Guys, tomorrow (June 15) is a special and wonderful day for me. The trailer of Brahmastra Part 1: Shiva comes out tomorrow. I know you all have been waiting for this film for a long time and I have been waiting for your responses. Actually, I am dying inside.”

Ranbir also spoke about the toll the film’s long-drawn production has taken on him. Brahmastra has been in production since 2017.

“I don’t even know if I’ll ever again get an opportunity to be part of a film like Brahmastra again. We have given our blood, sweat, time, heart, soul, liver, kidney, everything to make this film and I truly hope that it excites, delights, and engages you guys,” he added.

Alia, too, shared a video message for her fans, apart from sharing her husband Ranbir’s clip.

In her video message, Alia shared that she has watched the trailer like “25-30” times.

“Gentle but a forceful reminder that the Brahmastra trailer is releasing tomorrow. That is the 15th of June in the morning. It is a very big deal. Very big moment for all of us. We are very excited. I have not slept properly since a week because I have been so nervous. I have seen the trailer like some 25-30 times. It is a very big moment for me in a big way because it is not just a film. I have said this time and again that the kind of effort energy love attention focus has gone into the film is kind of out of the world,” she said.

She added, “Over the years, people have been asking me what’s happening with Brahmastra, when is it releasing, what is happening etc, and I have just kept my head down and kept quiet because I was like I know my best friend, who is my wonder boy, Ayan has a certain vision with this film and it takes time to make. Hopefully, when it is going to come out to the world, you all will love it and enjoy it.”

‘Brahmastra’, which is a blend of mythology and science fiction, will release in theatres on September 9. The film also stars Amitabh Bachchan, Nagarjuna and Mouni Roy.